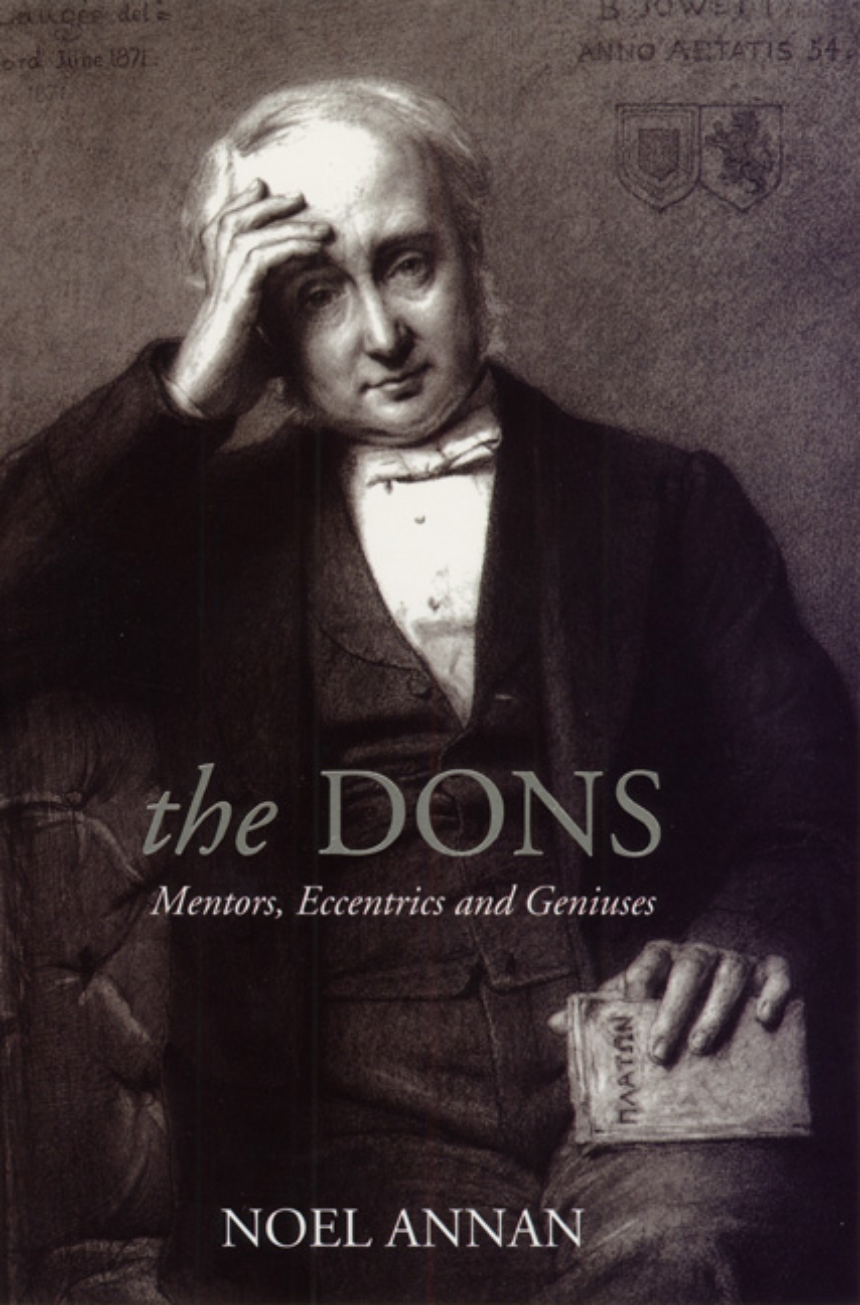 For two hundred years Oxford and Cambridge Universities were home to some of Britain’s greatest teachers and intellects, each forming the minds of the passing generations of students and influencing the thinking and practice of university learning throughout the country and the world.

In this entertaining, informative book, Noel Annan is at his incisive best. Displaying his customary mastery of his subject, he describes the great dons in all their glory and eccentricities: who they were, what they were like, why they mattered, and what their legacy is. Written with love and wisdom, the great minds of the past—figures such as John Henry Newman, John Sparrrow, and Isaiah Berlin—are brought alive. In addition, Annan’s often quoted article "The Intellectual Aristocracy" is included in this book.

No other work has ever explained so precisely and so intimately the significance of the dons and their important role in shaping higher education—at a time when the nature of learning is ever more the subject of dissension and uncertainty.

"With a charming mixture of analyses and anecdotes, Annan builds up a picture of the changing Oxbridge scene that keeps a reader’s imagination. . . . [T]he comical-satirical narrative of which he was a master is a joy to read, and The Dons will deservedly be enjoyed as a bedside book by those who treasure English eccentricity."—Stephen Toulmin, Los Angeles Times Book Review

"[A] wonderfully gifted and energetic writer. . . . Noel was one of the few figures in English public life known simply by his first name. There was no mistaking him for anyone else."—Jonathan Mirsky, New Yorker

"[A] highly affectionate . . . look at some of the more remarkable academic personages to distinguish-and sometimes dumbfound-Oxford and Cambridge over the last two centuries. . . . For all that it cherishes eccentricity and abounds in Oxbridge gossip, The Dons is at heart a deeply serious book, one dedicated to a conception of learning and culture that is at once increasingly rare . . . yet very far from being outmoded."—Mark Feeney, Boston Globe

"Annan writes elegantly and winningly throughout his book. . . . Leaving arguably the best for last, Annan ends The Dons with a reprinting of his celebrated essay ’The Intellectual Aristocracy,’ . . . [B]oth a dazzling tour de force and a clever jeu d’esprit."—Michael Dirda, Washington Post Book World

"A witty, erudite, insider account-exactly what one would expect from the best of their type."—Andrew Lycett, Sunday Times