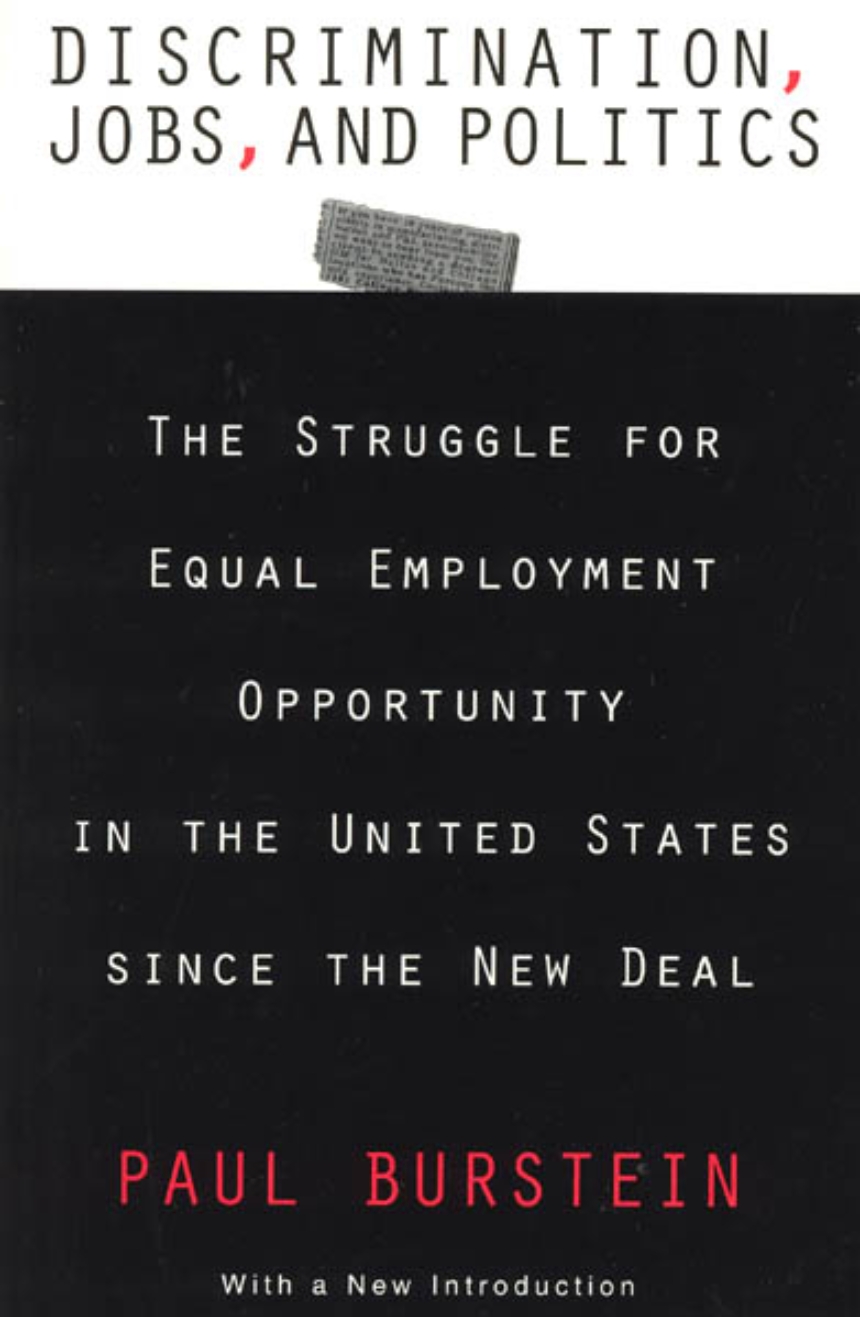 Throughout this impressive and controversial account of the fight against job discrimination in the United States, Paul Burstein poses searching questions. Why did Congress adopt EEO legislation in the sixties and seventies? Has that legislation made a difference to the people it was intended to help? And what can the struggle for equal employment opportunity tell us about democracy in the United States?

"This is an important, well-researched book. . . . Burstein has had the courage to break through narrow specializations within sociology . . . and even to address the types of acceptable questions usually associated with three different disciplines (political science, sociology, and economics). . . . This book should be read by all professionals interested in political sociology and social movements."—Donald Tomaskovic-Devey, Social Forces

"Discrimination, Jobs and Politics [is] satisfying because it tells a more complete story . . . than does most sociological research. . . . I find myself returning to it when I’m studying the U.S. women’s movement and recommending it to students struggling to do coherent research."—Rachel Rosenfeld, Contemporary Sociology