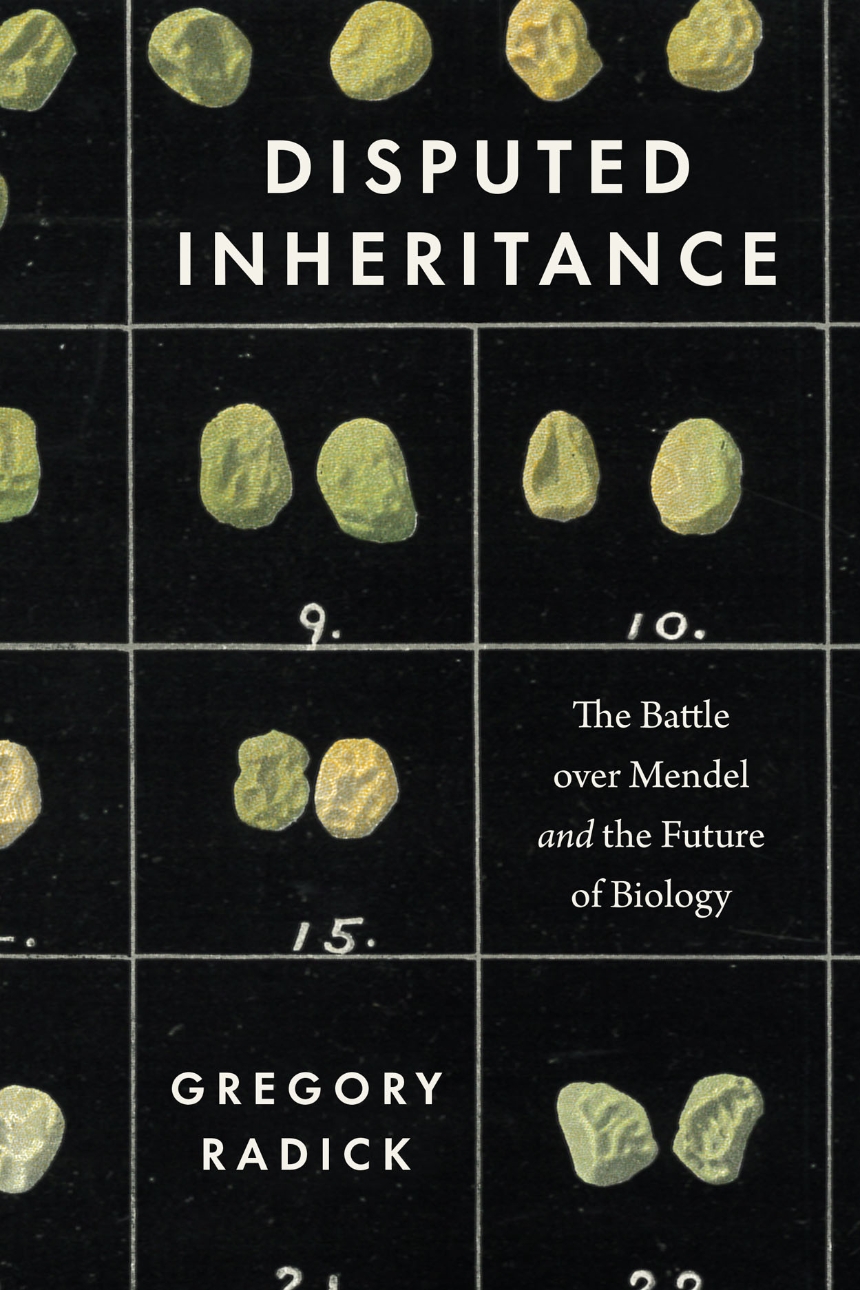 The Battle over Mendel and the Future of Biology

The Battle over Mendel and the Future of Biology

A root-and-branch rethinking of how history has shaped the science of genetics.

In 1900, almost no one had heard of Gregor Mendel. Ten years later, he was famous as the father of a new science of heredity—genetics. Even today, Mendelian ideas serve as a standard point of entry for learning about genes. The message students receive is plain: the twenty-first century owes an enlightened understanding of how biological inheritance really works to the persistence of an intellectual inheritance that traces back to Mendel’s garden.

Disputed Inheritance turns that message on its head. As Gregory Radick shows, Mendelian ideas became foundational not because they match reality—little in nature behaves like Mendel’s peas—but because, in England in the early years of the twentieth century, a ferocious debate ended as it did. On one side was the Cambridge biologist William Bateson, who, in Mendel’s name, wanted biology and society reorganized around the recognition that heredity is destiny. On the other side was the Oxford biologist W. F. R. Weldon, who, admiring Mendel's discoveries in a limited way, thought Bateson's "Mendelism" represented a backward step, since it pushed growing knowledge of the modifying role of environments, internal and external, to the margins. Weldon's untimely death in 1906, before he could finish a book setting out his alternative vision, is, Radick suggests, what sealed the Mendelian victory.

Bringing together extensive archival research with searching analyses of the nature of science and history, Disputed Inheritance challenges the way we think about genetics and its possibilities, past, present, and future.

"This is a magnificent book. It is really a tour de force, elegantly written and diligently documented. There is so much that I learned while reading it that has made me now better understand this story. I think it will be fascinating reading for everyone interested in the early history of genetics. Disputed Inheritance deserves to be widely read, and Radick deserves praise for an intellectual achievement that will change not only our understanding of history but also our approach to its study.”

“Radick’s magisterial study scrutinizes common understandings—the ‘folk wisdom’—of the history of genetics. Informed by unusual historical depth and philosophical sophistication, Radick offers a compelling rival view, one that reinterprets both the history and the science itself. In a world often affected by loose talk about ‘genes for’ interesting traits, this book supplies a welcome antidote to simplistic thinking. It is as important as it is fascinating.”

"There are few ideas in biology as powerful—and dangerous—as the notion that genes determine who we are and what we can become. In this deeply researched and beautifully written history, Radick reveals the contingent pathways through which genetic determinism took hold among biologists and beyond. Disputed Inheritance rewrites the story of genetics with care and verve, in the hopes that future students will learn to see both history and biology differently."

Helen Anne Curry, author of Evolution Made to Order

“Radick underscores some of the most vital but neglected facts of genetics—that genes don’t work in simple ways, and that variation and context matter. This is a beautifully researched, important book. It may be a work of history, but the lessons are also relevant for us today.”

Angela Saini, author of Superior: The Return of Race Science

Part 1: Before
1 Who Needs a Science of Heredity?
2 The Meaning of the Quincunx
3 Biology for the Steam Age
4 Royal Entrances (and Exits)

Part 2: Battle
5 Between Boers and Basset Hounds
6 Two Plates of Peas
7 Mendel All the Way
8 Damn All Controversies!
9 An Unfinished Manuscript

Part 3: Beyond
10 The Success of a New Science
11 What Might Have Been
12 Mendelian Legacies
13 Weldonian Legacies
Conclusion
Postscript 1: On “Genetic Determinism” and “Interaction”
Postscript 2: A Simple Mendelian Cross Weldonized
Postscript 3: From a Counterfactual Edition of the Dictionary of Scientific Biography
Acknowledgments
Notes
References
Index