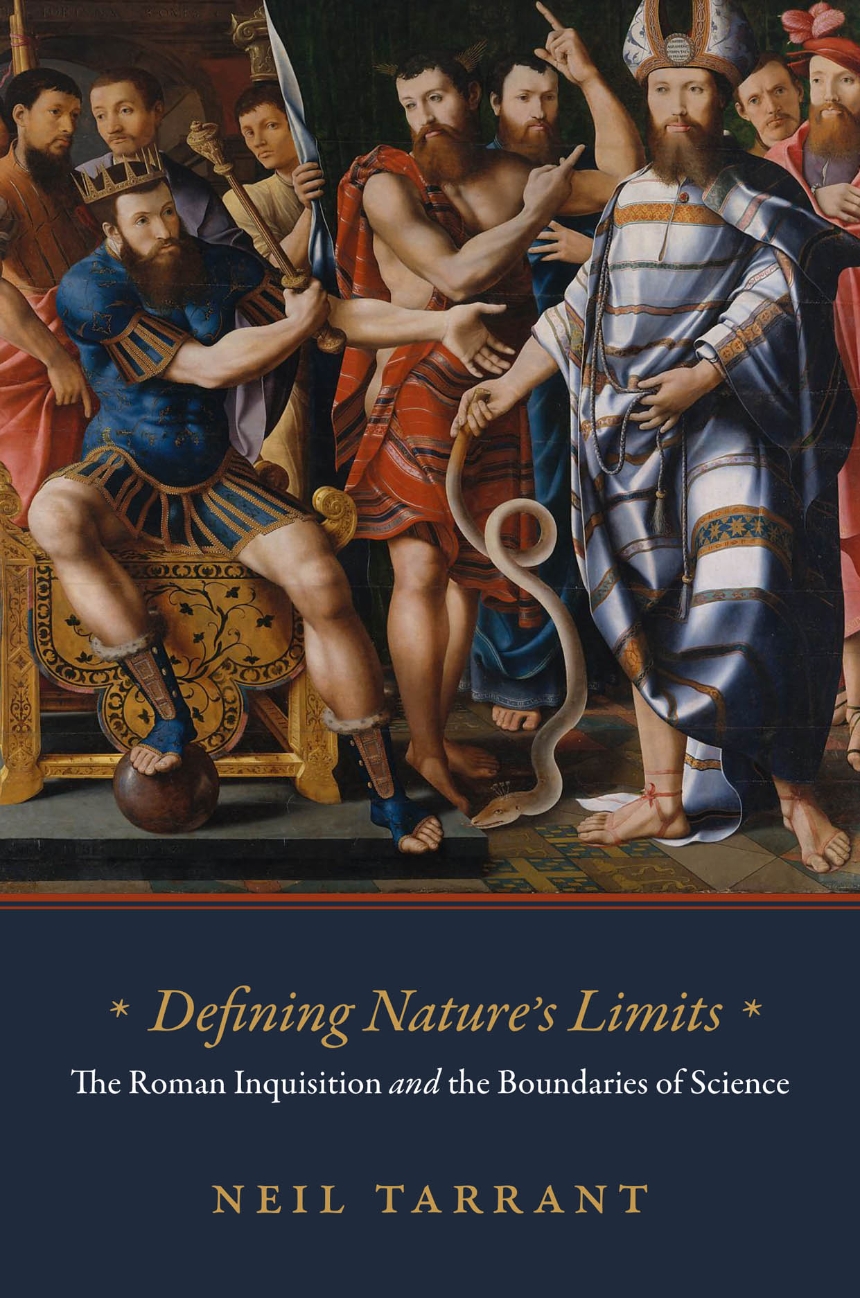 The Roman Inquisition and the Boundaries of Science

The Roman Inquisition and the Boundaries of Science

A look at the history of censorship, science, and magic from the Middle Ages to the post-Reformation era.

Neil Tarrant challenges conventional thinking by looking at the longer history of censorship, considering a five-hundred-year continuity of goals and methods stretching from the late eleventh century to well into the sixteenth.

Unlike earlier studies, Defining Nature’s Limits engages the history of both learned and popular magic. Tarrant explains how the church developed a program that sought to codify what was proper belief through confession, inquisition, and punishment and prosecuted what they considered superstition or heresy that stretched beyond the boundaries of religion. These efforts were continued by the Roman Inquisition, established in 1542. Although it was designed primarily to combat Protestantism, from the outset the new institution investigated both practitioners of “illicit” magic and inquiries into natural philosophy, delegitimizing certain practices and thus shaping the development of early modern science. Describing the dynamics of censorship that continued well into the post-Reformation era, Defining Nature's Limits is revisionist history that will interest scholars of the history science, the history of magic, and the history of the church alike.

“In a sweeping analysis that extends across multiple fields of study, Tarrant traces currents of religious reform, inquisitorial processes, and scholastic theology from the late medieval period into the early modern. He offers an important new perspective not just on the history of magic but also on the history of science and of religion across this pivotal period.”

“Defining Nature’s Limits provides an invaluable contribution to the field of late medieval and early modern intellectual and cultural history, focusing on magic and science. Tarrant’s scholarship is impeccable, his argument is innovative and wholly original, and the book makes important, corrective contributions to the history of both science and magic. The book is a major contribution that will enrich the fields of premodern science and the occult, religious history, and intellectual history.”

"Tarrant’s book is an important contribution both to the history of science and to the history of magic in the early modern period. In telling the intertwining stories of the intellectual history of Thomist conceptions of magic from the Middle Ages to the seventeenth century and the history of the Roman Inquisition’s persecution of magic in Italy, Tarrant reveals how the censorship of magic re-drew the boundaries of legitimate natural knowledge and thus had a radical impact on the subsequent development of science."

Introduction: Magic, Science, and the Counter-Reformation

I. Medieval Foundations
1. The Origins of the Inquisition of Magic
2. The Dominican Order and the Construction of Orthodox Magic
3. The Inquisition of Learned Magic in the Fourteenth Century