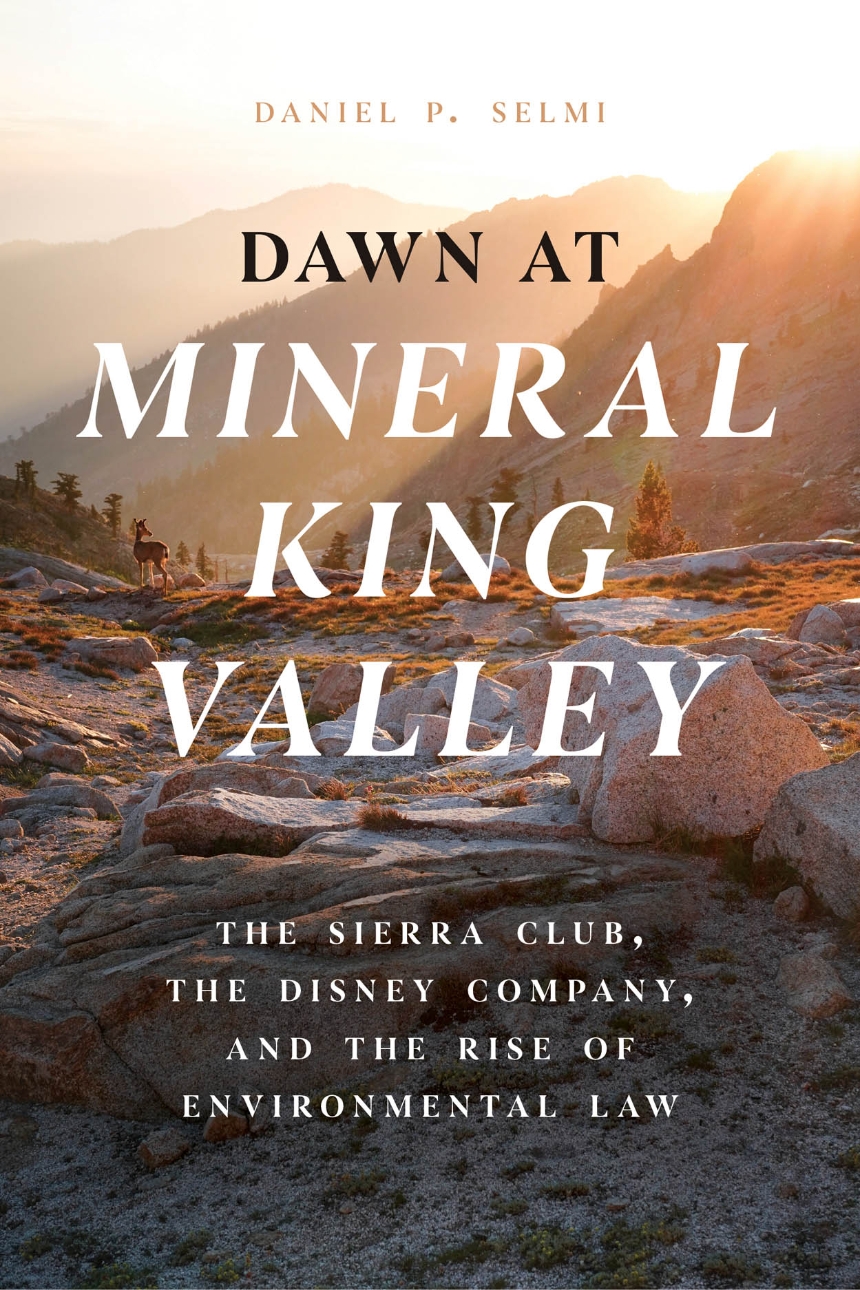 The Sierra Club, the Disney Company, and the Rise of Environmental Law

The Sierra Club, the Disney Company, and the Rise of Environmental Law

The story behind the historic Mineral King Valley case, which reveals how the Sierra Club battled Disney’s ski resort development and launched a new environmental era in America.

In our current age of climate change–induced panic, it’s hard to imagine a time when private groups were not actively enforcing environmental protection laws in the courts. It wasn’t until 1972, however, that a David and Goliath–esque Supreme Court showdown involving the Sierra Club and Disney set a revolutionary legal precedent for the era of environmental activism we live in today.

Set against the backdrop of the environmental movement that swept the country in the late 1960s and early 1970s, Dawn at Mineral King Valley tells the surprising story of how the US Forest Service, the Disney company, and the Sierra Club each struggled to adapt to the new, rapidly changing political landscape of environmental consciousness in postwar America. Proposed in 1965 and approved by the federal government in 1969, Disney’s vast development plan would have irreversibly altered the practically untouched Mineral King Valley, a magnificently beautiful alpine area in the Sierra Nevada mountains. At first, the plan met with unanimous approval from elected officials, government administrators, and the press—it seemed inevitable that this expanse of wild natural land would be radically changed and turned over to a private corporation. Then the scrappy Sierra Club forcefully pushed back with a lawsuit that ultimately propelled the modern environmental era by allowing interest groups to bring litigation against environmentally destructive projects.

An expert on environmental law and appellate advocacy, Daniel P. Selmi uses his authoritative narrative voice to recount the complete history of this revolutionary legal battle and the ramifications that continue today, almost 50 years later.

"One of the most exciting books about U.S. public lands policy ever written."

“Dawn at Mineral King Valley is an entertaining and fast-moving narrative filled with a fascinating collection of environmental stewards, motion picture icons, senior civil servants, fervent lawyers and judges, and legendary politicians. With spectacular background scenery, Selmi tells the story of a single Supreme Court case that affected not just the future of the Mineral King Valley in the California Sierras, but the future of the environment of the entire country.”

“Selmi tells the remarkable story of how, against all odds, one of America’s iconic natural resources was saved from destruction just as the modern-day environmental movement was emerging and entering our legal framework. Focusing on an extraordinary array of characters, he conveys the human drama behind this epic environmental struggle. Lawyers and nonlawyers alike will thoroughly enjoy every twist and turn of this fascinating story.”

former US Senator Tom Udall, US Ambassador to New Zealand and Samoa

“The Supreme Court’s 1972 decision in Sierra Club v. Morton is one of the seminal cases in US environmental law, but today few experts in the field know how it came to be. Selmi’s deep research and fluid writing bring to light the colorful characters, the internal battles, and the legal intricacies. We see how the decisions of businesses, politicians, and environmental groups, the strategic choices of lawyers, and the philosophies of the justices shaped the case’s outcome and still influence the law half a century later.”

“Well documented and researched, Dawn at Mineral King Valley plays out a controversy that is as relevant today as it was at the beginning of environmental consciousness. Selmi is a compelling storyteller, exploring the dynamic history of this critical case while weaving in the role of Walt Disney and his company. He provides not only important insight into competing goals but also a pathway to environmental improvement.”

Principal Participants
Prologue: In the Supreme Court
A Ski Development at Mineral King
1. A Resort in the American Alps
2. An Invitation from the Forest Service
3. Dueling Applications
4. A Cabinet Brawl
5. A Recreation and Conservation Plan
The New World of the Courts
6. Formulating a Lawsuit
7. A Shocking Injunction
8. The Shutout
9. Standing Front and Center
10. Opening the Courthouse Door
The Fate of Mineral King
11. Cracks in the Wall of Support
12. A Park-Barrel Bill
Epilogue: The Inflection Point
Acknowledgments
Notes on Sources and Abbreviations
Notes
Bibliography
Index
Excerpt

Prologue
In the supreme court

As the clock approached 11 a.m. on November 17, 1971, in Washington, DC, lawyers and observers in the United States Supreme Court awaited the oral argument in the case of Sierra Club v. Morton. The press had extensively covered the case, and individuals seeking to watch the argument queued in a line stretching from inside the courtroom out to a street abutting the court building. At issue in the appeal was the fate of Mineral King, a spectacularly scenic valley nestled high in the Sierra Nevadas of California. The United States Forest Service, the principal defendant in the case, had awarded the right to build a large ski facility there to a company bearing a legendary name: Walt Disney. The plaintiff, the Sierra Club, was the country’s best- known conservation group, founded eighty years earlier by the famous apostle of wilderness, John Muir.

The Sierra Club had filed suit in the tumultuous year of 1969. The Vietnam War raged, and the country still reeled from the assassinations the previous year of Robert Kennedy and Martin Luther King Jr., and from riots following King’s death. However, 1969 was also the year in which concern over environmental degradation grew so rapidly that, some opined, it now rivaled the Vietnam War as a political issue.

In January of that year, a blowout on a production platform off Santa Barbara, California, released oil that fouled ocean waters and splattered the coast. The public recoiled at pictures of dying birds and marine mammals covered with the tar- like substance, and of rescuers attempting to save them. Several months later, an oil- slicked stretch of the Cuyahoga River caught fire near Cleveland, Ohio, and transfixed television viewers throughout the nation watched video of a river burning.

An explosion of media attention addressed environmental issues. Time magazine named the environment as the issue of the year, terming it a “national obsession,” and Fortune, the widely read business magazine, devoted an entire special issue to environmental problems. An estimated twenty million individuals participated in the first Earth Day, held that year. The Environmental Protection Agency was created to centralize environmental regulation in one federal agency, a landmark in efforts to address pollution. While the fervor would cool slightly by 1972, the environment would remain of great concern to the public.

The Supreme Court case on Mineral King exemplified one important response to this concern: lawsuits challenging actions that harmed the environment. When the Sierra Club had sued over Mineral King in 1969, environmental lawsuits were rare. But the suits soon multiplied, as environmentalists sought to stop projects and hold government officials accountable for environmentally damaging decisions.

The history of the fight over Mineral King typified the new environmental consciousness that led to such litigation. After endorsing a ski development in the valley in 1949, the Sierra Club reversed its position sixteen years later. Citing the project’s massive size and inevitable damage to Mineral King Valley, the club sought to incorporate the valley into the adjacent Sequoia National Park. Even within the government, the ski development approved by the Forest Service for the valley was fiercely contested. Secretary of the Interior Stewart Udall refused to approve a road across Sequoia National Park needed to access the ski development; he capitulated only after officials in the White House intervened.

At first the Sierra Club’s lawsuit succeeded when a federal judge granted a preliminary injunction stopping the development. By the time the case reached the Supreme Court, however, the key issue had become one of overriding importance to the developing body of environmental law in the United States. That issue concerned a doctrine known as “standing,” an arcane legal term that boiled down to a fundamental question: What organizations would the law allow to challenge environmental violations?

To have standing and bring an environmental case, a plaintiff had to show the type of injury that the courts would recognize. In the Mineral King case, however, a lower court of appeals in 1970 had ruled that, despite the Sierra Club’s long- term involvement with the Sierra Nevadas, the club lacked standing to sue for the alleged environmental damage to the valley. If the Supreme Court upheld that ruling, lower courts would reject many lawsuits brought by the developing class of “environmental lawyers,” thus stifling the emerging use of litigation to prevent environmental damage.

Closely watching the case was Walt Disney Productions, a name at this point synonymous with the proposed Mineral King ski development. The Disney company chose not to participate in the litigation, fearing that a court fight over the environmental effects of its project would tarnish Disney’s public image. Despite that strategy, however, the company had been swept into the controversy. Two 1969 New York Times editorials attacked the Mineral King project as scandalous and a folly,8 while a Ramparts magazine cover depicted Walt Disney digging up the mountains and leading “Disney’s War against the Wilderness.” At the same time, an adamant Los Angeles Times vigorously supported the Disney project, castigating the Sierra Club as “wilderness purists,” and ski groups rallied behind the project.

To its frustration, the Disney company found itself embroiled in a raging public dispute that it could never have anticipated in 1965, when it submitted its bid to develop Mineral King. The company was outraged at being labeled an environmental villain and often defended itself by citing Walt Disney’s thirteen nature films about the animal world made between 1948 and 1960, eight of which won Academy Awards. Those groundbreaking movies, set in locales ranging from the desert to the Arctic, had led the Sierra Club in 1955 to award Walt Disney an honorary lifetime membership for his “magnificent contributions to a widespread appreciation of our wildlife.” The president of the club had extolled, “We need Disney, an army of Disneys, to tell the world what we have found, what we are fighting for, the glory of creation with the bloom on it.” Disney had also received awards from the National Wildlife Federation and the National Audubon Society, among other groups. However, much had changed since then.

At 11 a.m. the Sierra Club’s lawyer stepped to the podium. He faced a wooden bench behind which the justices sat against an impressive background of marble pillars and red drapes that ran floor to ceiling. The bench had been altered within the past year so that it now curved rather than ran straight across. The chief justice, Warren Burger, had ordered the change so all nine justices would have eye contact with each other— and thus perhaps interrupt each other less.15 In a strange development, however, only seven justices now took the bench; two had recently resigned. And, unknown to the lawyers, a third justice was seriously considering not participating in the important case.

The issue that the Supreme Court was considering, standing to bring environmental cases, would determine whether federal courts could hear many legal disputes about environmental issues. However, the controversy over Mineral King that culminated in this courtroom showdown was broader. It arose from a complex interplay of legal principles, politics, corporate plans, public agency ambitions, and disputes over claims of environmental damage. This mix of forces had produced a unique, decade- long series of events over Mineral King’s future.

The origins of the dispute over Mineral King, however, went back much further than ten years. The relevant history began in the last century with a classic tale of the American West: hordes of miners rushing to fi le claims in a mountainous valley after reports about mineral riches there had spread like wildfire.
Gallery
Back to top 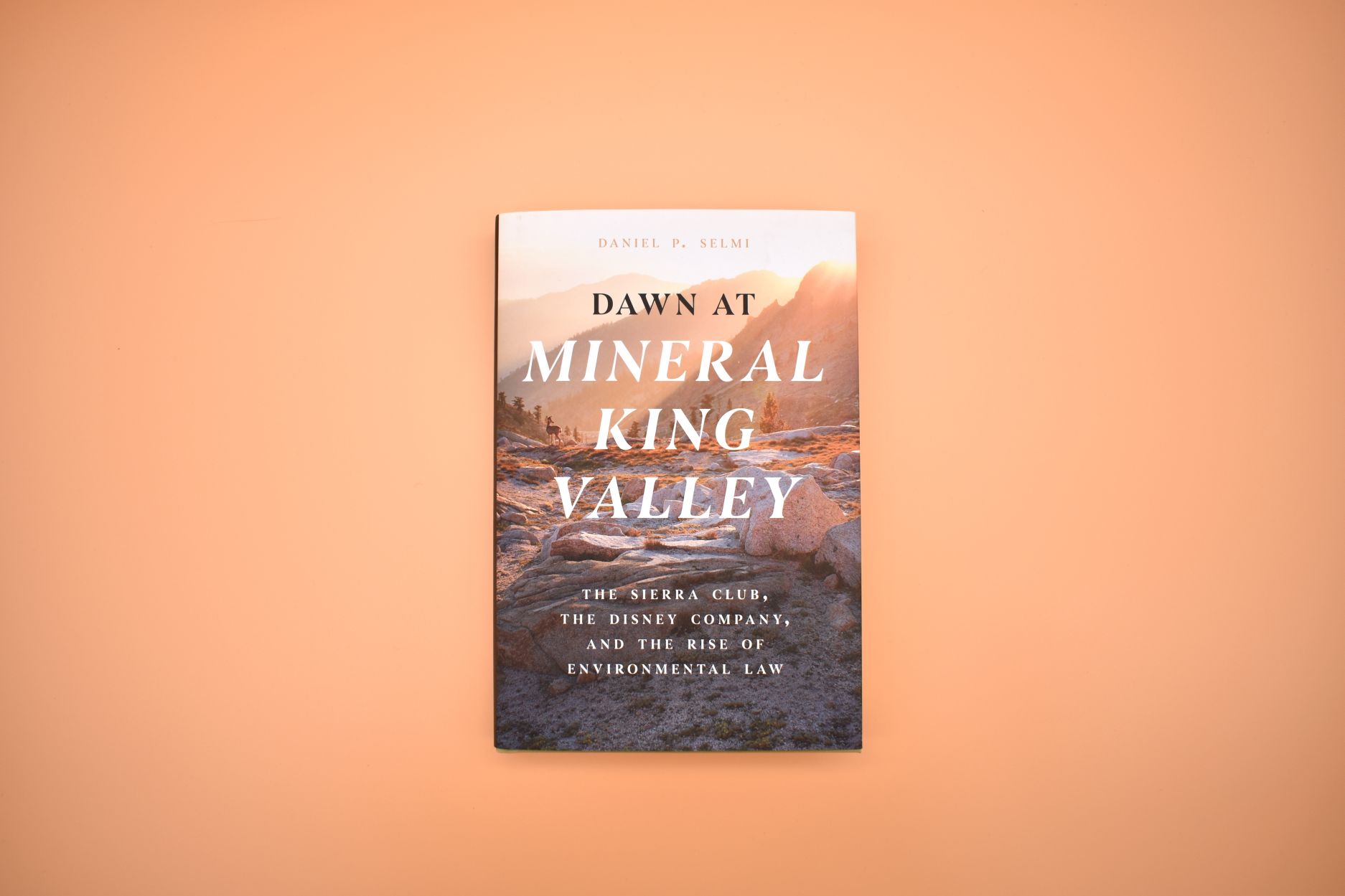 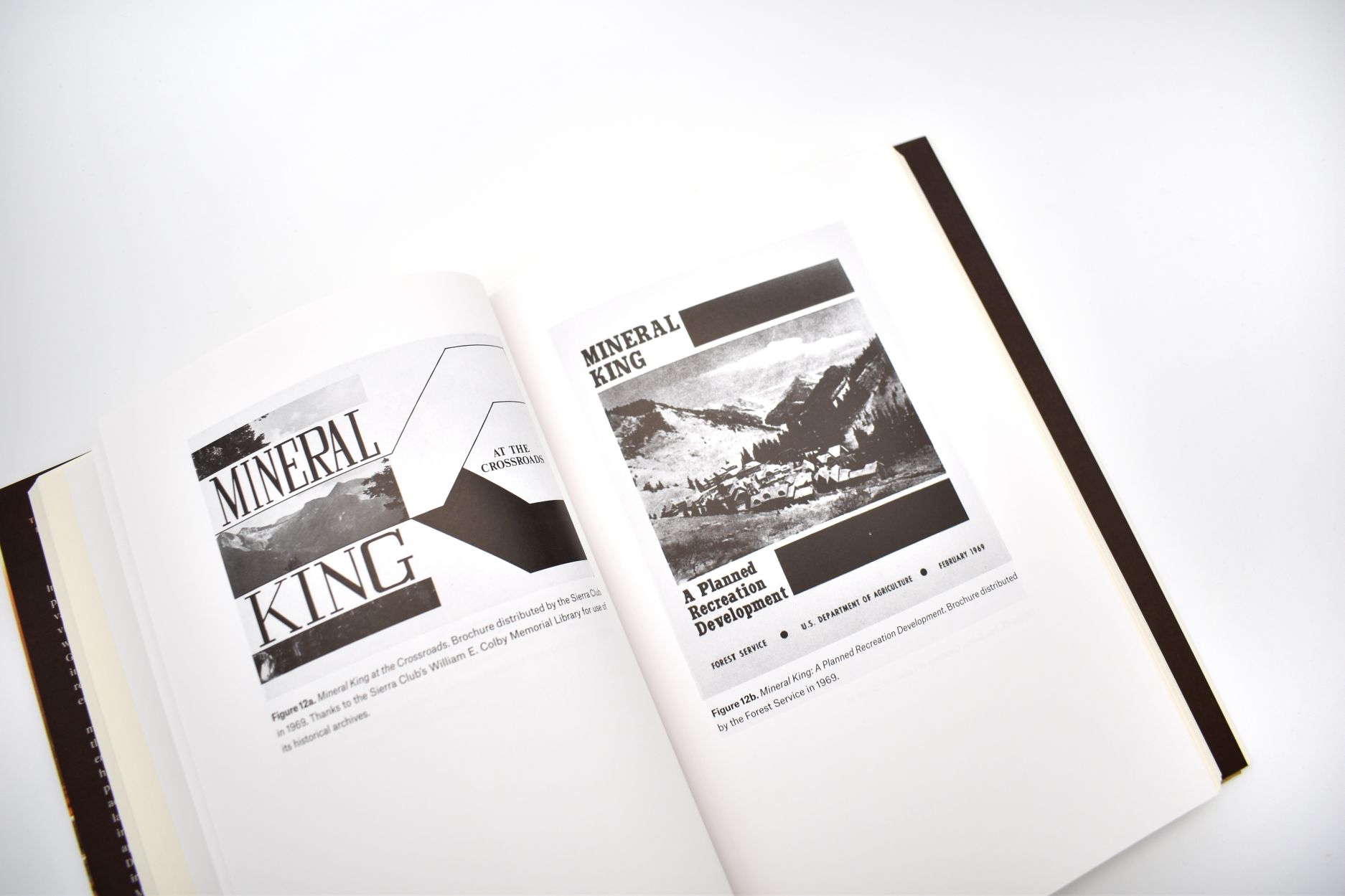 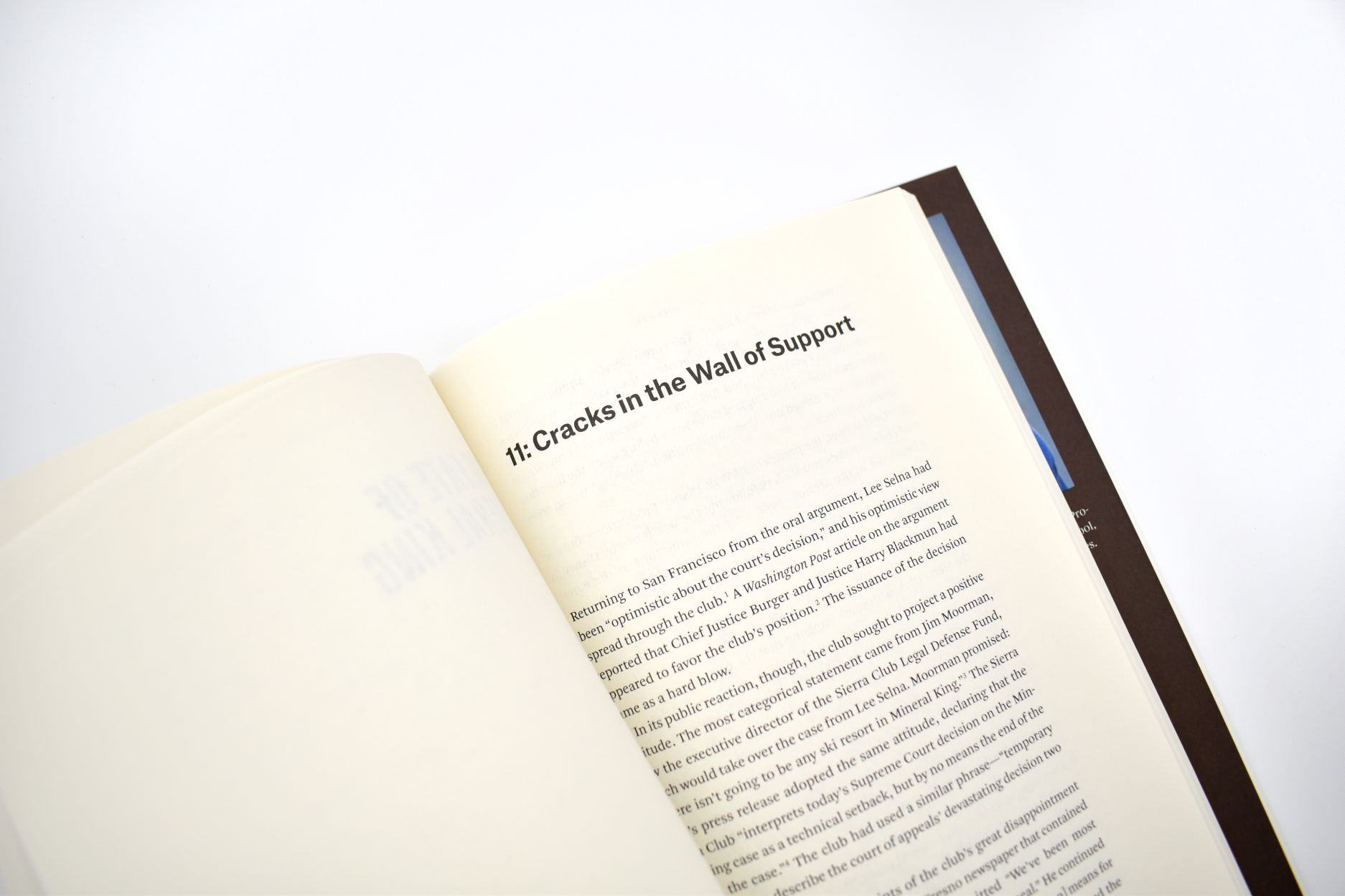 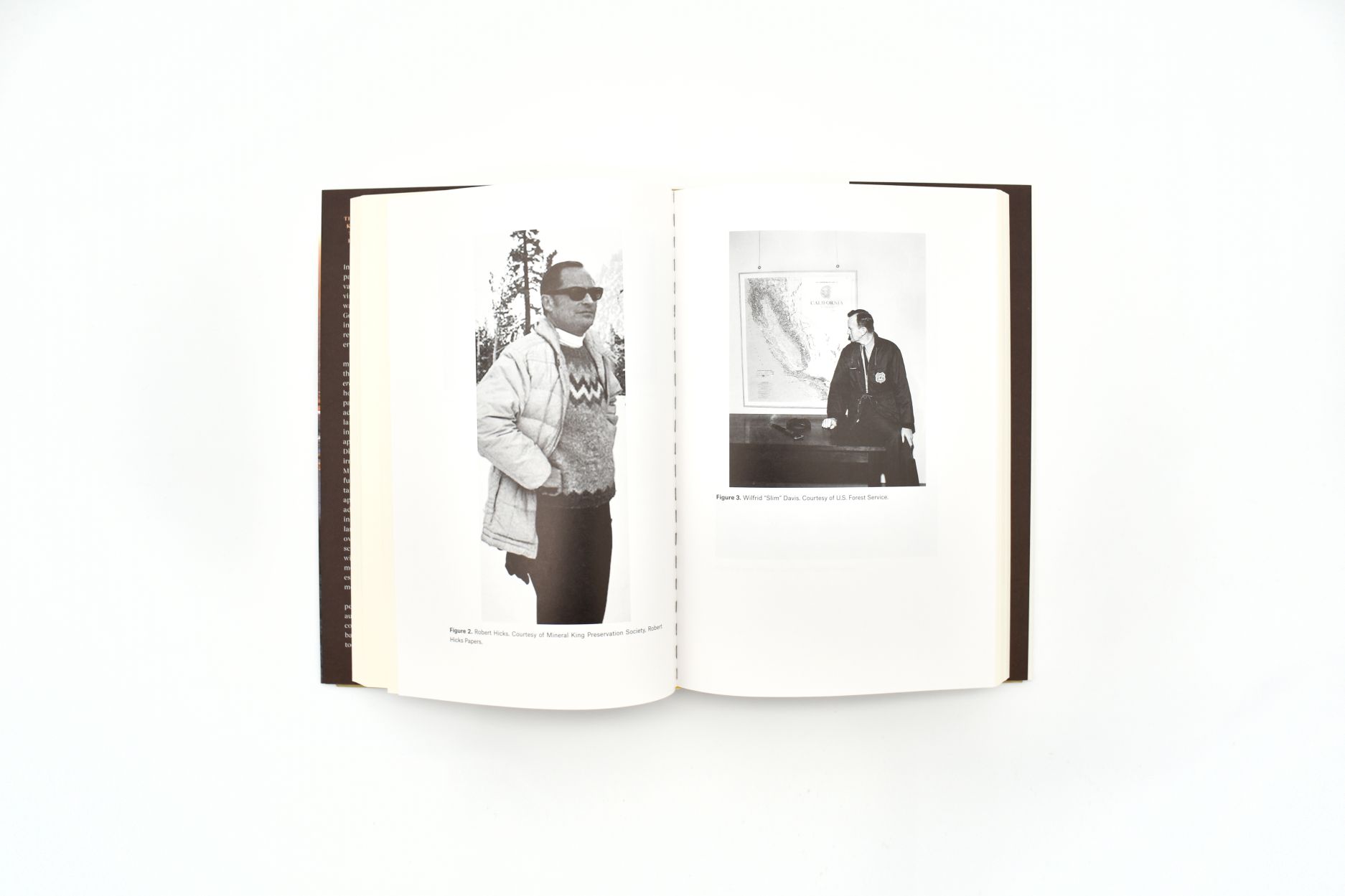 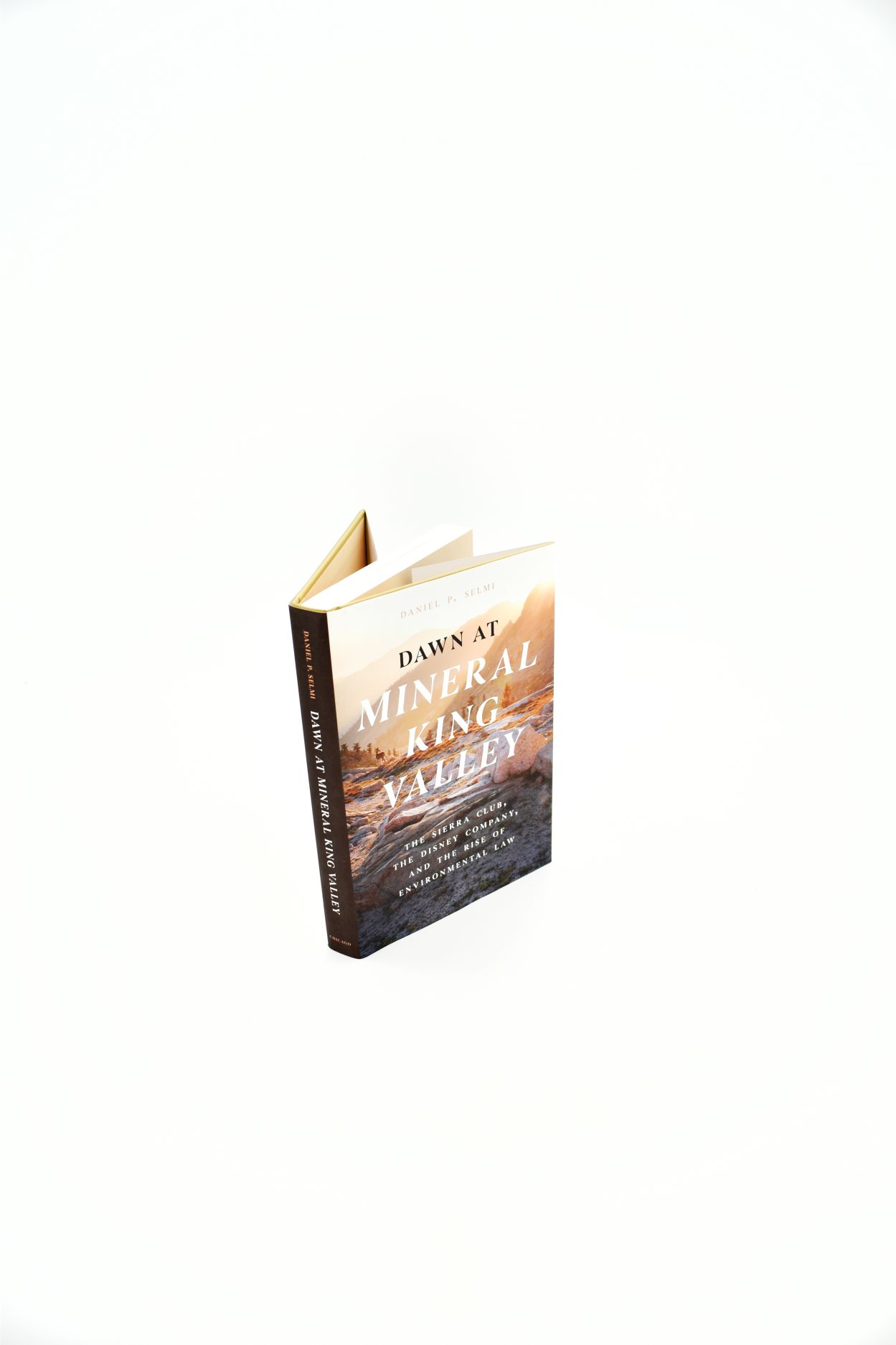