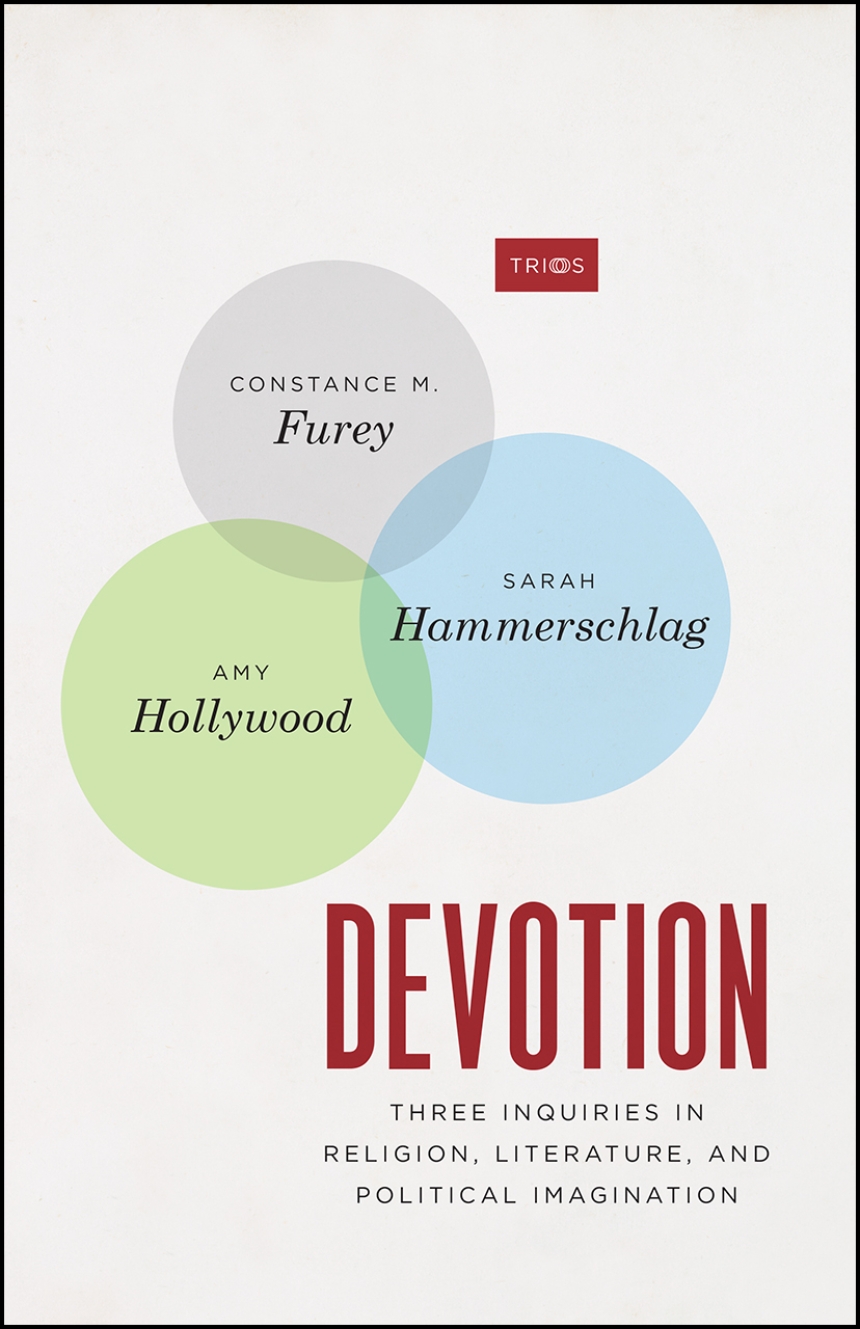 Three scholars of religion explore literature and the literary as sites of critical transformation.

We are living in a time of radical uncertainty, faced with serious political, ecological, economic, epidemiological, and social problems. Scholars of religion Constance M. Furey, Sarah Hammerschlag, and Amy Hollywood come together in this volume with a shared conviction that what and how we read opens new ways of imagining our political futures and our lives.

Each essay in this book suggests different ways to characterize the object of devotion and the stance of the devout subject before it. Furey writes about devotion in terms of vivification, energy, and artifice; Hammerschlag in terms of commentary, mimicry, and fetishism; and Hollywood in terms of anarchy, antinomianism, and atopia. They are interested in literature not as providing models for ethical, political, or religious life, but as creating the site in which the possible—and the impossible—transport the reader, enabling new forms of thought, habits of mind, and ways of life. Ranging from German theologian Martin Luther to French-Jewish philosopher Sarah Kofman to American poet Susan Howe, this volume is not just a reflection on forms of devotion and their critical and creative import but also a powerful enactment of devotion itself.

“Devotion marvelously reveals the continuing entanglement of religious and aesthetic modes of reading. Even better, Furey, Hammerschlag, and Hollywood also offer new, cogent reflections on the politics of reading; they flag how very urgent an engagement with such politics is at a moment when liberalism and the liberal notion of the political subject seem exhausted and in crisis.”

“Thanks to the kind of rigor and patience that fidelity to complexity and ambiguity demand, this volume offers up a strikingly fruitful inquiry into religion, literature, and the nature of reading. Devotion is sure to make an influential and important contribution to the recent renewal of the religion and literature subfield as well as to the philosophy of religion.”

A Poor Substitute for Prayer: Sarah Kofman and the Fetish of Writing
Sarah Hammerschlag