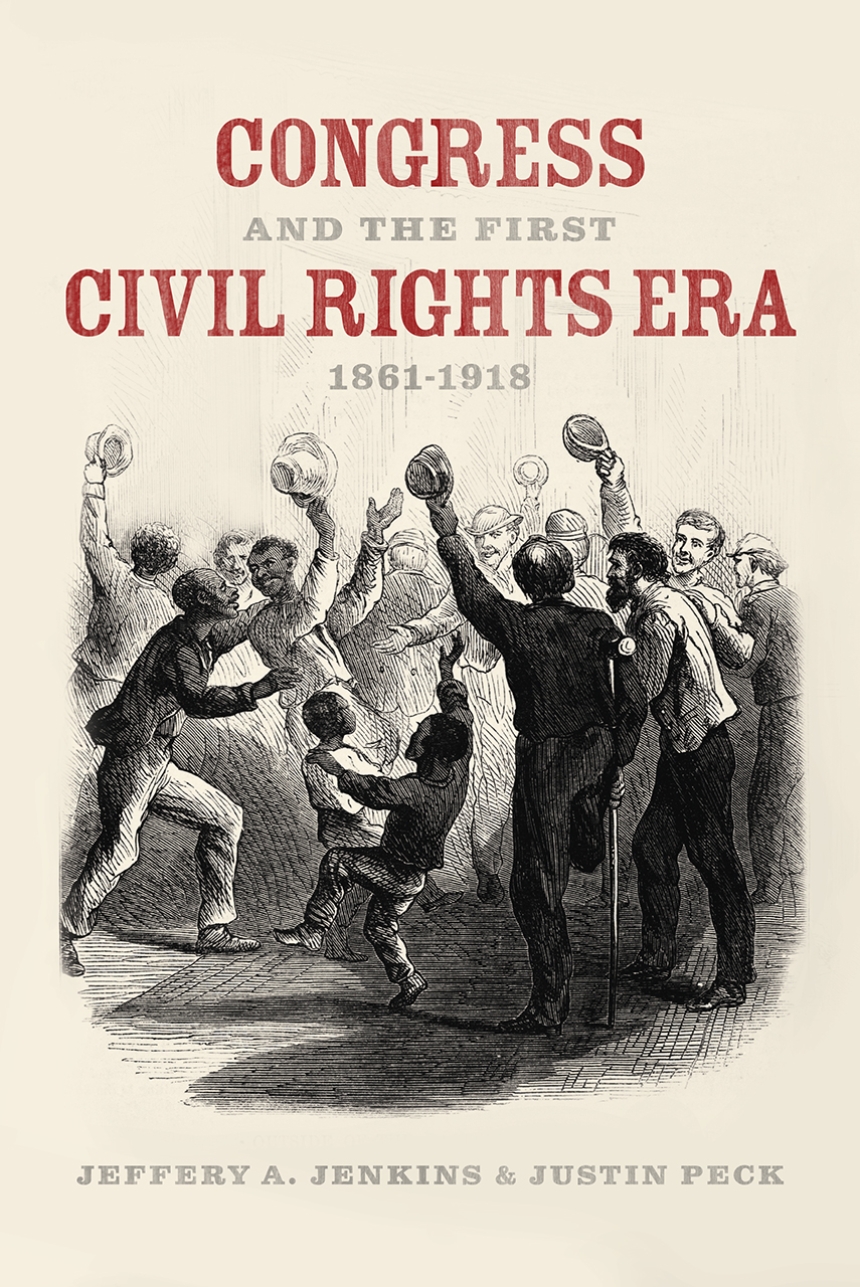 Jeffery A. Jenkins and Justin Peck

Jeffery A. Jenkins and Justin Peck

Civil rights legislation figured prominently in the agenda of Congress during the Civil War and Reconstruction. But as Reconstruction came to an end and discrimination against African Americans in the South became commonplace, civil rights advocates in Congress increasingly shifted to policies desired by white constituents in the North who had grown tired of efforts to legislate equality. In this book, the first of a two-volume set, Jeffery A. Jenkins and Justin Peck explore the rise and fall of civil rights legislation in Congress from 1861 to 1918.

The authors examine in detail how the Republican Party slowly withdrew its support for a meaningful civil rights agenda, as well as how Democrats and Republicans worked together to keep civil rights off the legislative agenda at various points. In doing so, Jenkins and Peck show how legal institutions can be used both to liberate and protect oppressed minorities and to assert the power of the white majority against those same minority groups.

“Welcome to this book!  It is the definitive account of policy making on civil rights across many decades. With deftness and in considerable detail, it shows the role of Congress. That institution’s well-known initiative during the 1860s gave way to the chronic offensive and defensive maneuvers, ups and downs (mostly downs), that carried on in subsequent times through World War I. All this came against an evolving background of public opinion, southern resistance, and partisan strategies. The long sad post-1860s history, told so well here, needs to be better known.”

David R. Mayhew, author of The Imprint of Congress

“Written by outstanding students of American political development, this compelling policy history analytically chronicles the fate of proposals to enhance black rights from the Civil War to World War I. With an emphasis on the electoral connection and strategic choice in legislative politics, the book’s textured account of civil rights achievements and tragically missed opportunities underscores the interplay of party, opinion, and lawmaking and importantly adds to our understanding of how state formation and racial hierarchy came to be closely entwined.”

Ira I. Katznelson, coauthor of Southern Nation: Congress and White Supremacy after Reconstruction

"Jenkins and Peck provide a thorough legislative and policy history of congressional engagement with civil rights from 1861 to 1918. This history is so vivid and well-drawn that the reader cannot help but explore broader questions about the institutional and party politics of Congress. . . . By providing a deep analysis of our civil rights’ past, Jenkins and Peck raise inescapable questions about our legislative present."

"An intriguing, authoritative study of a centrally important period in American history. The book approaches a well-worn subject with fresh insight and a strong argument about how political divisions and the self-interest of congressmen can lead to tragedy. By expanding Reconstruction’s time line and delving deep into its moment-by-moment developments, Jenkins and Peck help us better understand this period and teach us lessons that can apply to current struggles over political self-interest and civil rights."

"Jenkins and Peck examine the fate of civil rights legislation during the Reconstruction Era after the US Civil War. They find that after an initial push, discrimination against African Americans in the South became commonplace, and civil rights advocates in Congress increasingly shifted to policies desired by white constituents in the North. They examine how the Republican Party slowly withdrew its support for a meaningful civil rights agenda, and how Democrats and Republicans worked together to keep civil rights off the legislative agenda."