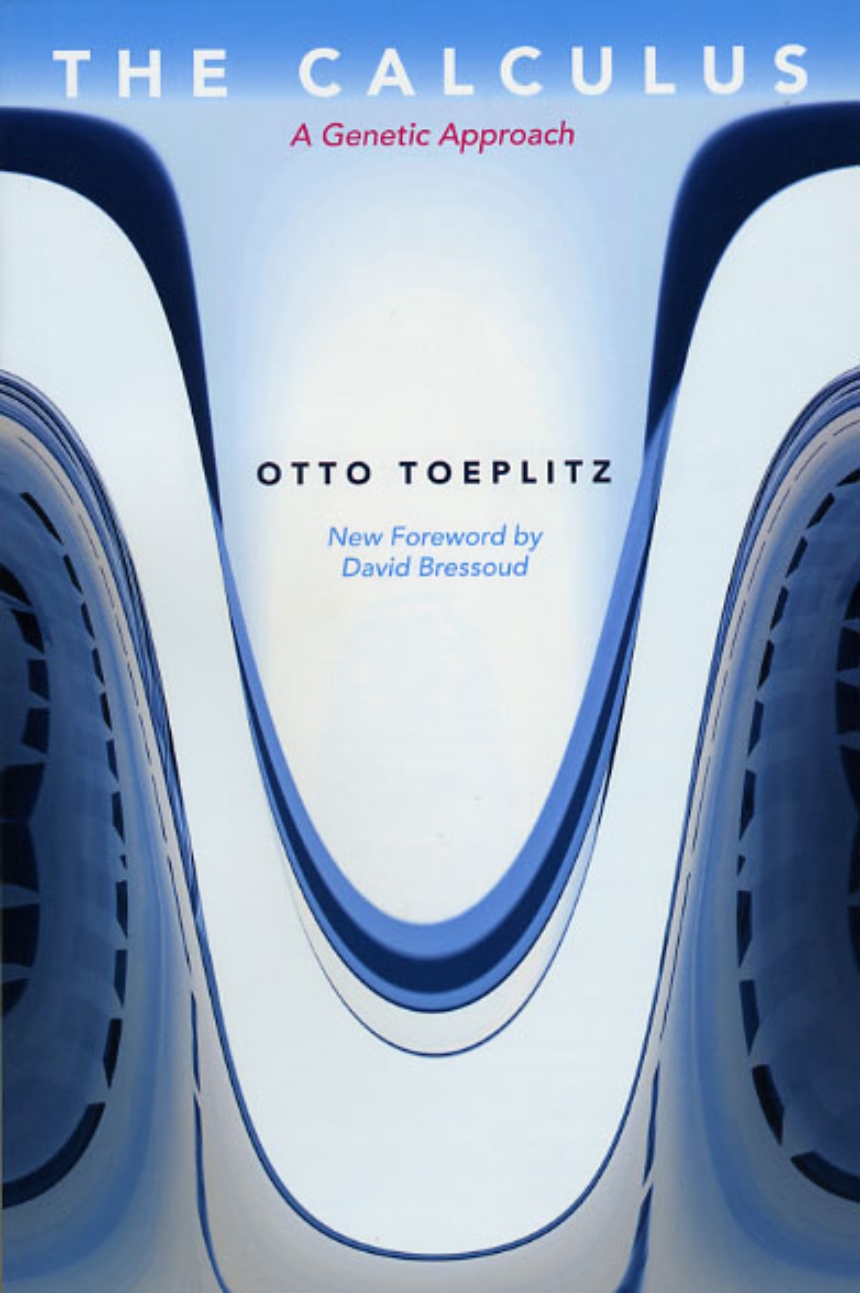 When first published posthumously in 1963, this bookpresented a radically different approach to the teaching of calculus.  In sharp contrast to the methods of his time, Otto Toeplitz did not teach calculus as a static system of techniques and facts to be memorized. Instead, he drew on his knowledge of the history of mathematics and presented calculus as an organic evolution of ideas beginning with the discoveries of Greek scholars, such as Archimedes, Pythagoras, and Euclid, and developing through the centuries in the work of Kepler, Galileo, Fermat, Newton, and Leibniz. Through this unique approach, Toeplitz summarized and elucidated the major mathematical advances that contributed to modern calculus.

Reissued for the first time since 1981 and updated with a new foreword, this classic text in the field of mathematics is experiencing a resurgence of interest among students and educators of calculus today.

"Appropriate for students who have completed basic or high school calculus but have not yet stepped up to the rigors of advanced calculus. Here those students will find motivation for understanding techniques in response to the original problems that gave rise to them."

I . THE NATURE OF THE INFINITE PROCESS

1 . The Beginnings of Greek Speculation on Infinitesimals
2 . The Greek Theory of Proportions
3 . The Exhaustion Method of the Greeks
4 . The Modern Number Concept
5 . Archimedes’ Measurements of the Circle and the Sine Tables
6 . The Infinite Geometric Series
7 . Continuous Compound Interest
8 . Periodic Decimal Fractions
9 . Convergence and Limit
10 . Infinite Series

IV . APPLICATIONS TO PROBLEMS OF MOTION