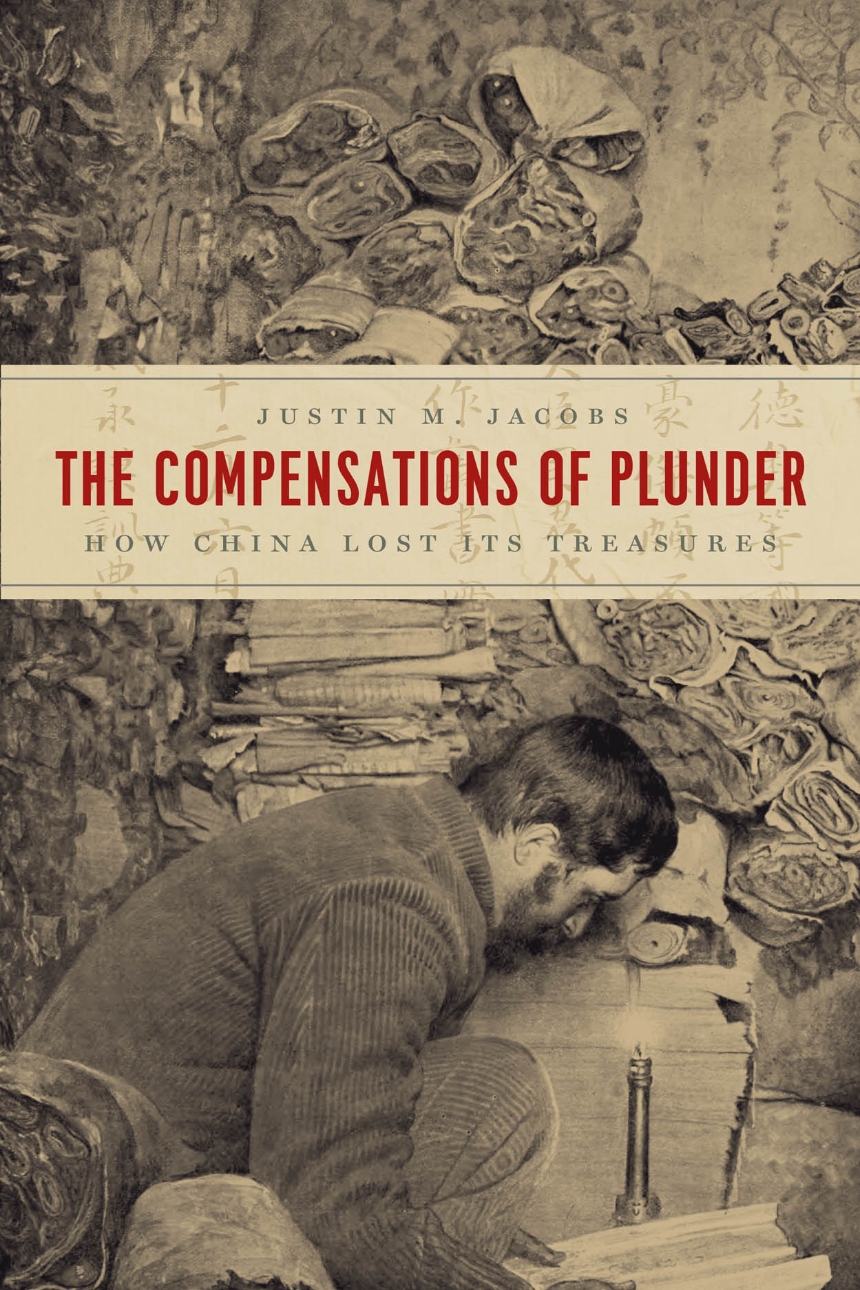 The Compensations of Plunder

How China Lost Its Treasures

The Compensations of Plunder

How China Lost Its Treasures

From the 1790s until World War I, Western museums filled their shelves with art and antiquities from around the world. These objects are now widely regarded as stolen from their countries of origin, and demands for their repatriation grow louder by the day. In The Compensations of Plunder, Justin M. Jacobs brings to light the historical context of the exodus of cultural treasures from northwestern China. Based on a close analysis of previously neglected archives in English, French, and Chinese, Jacobs finds that many local elites in China acquiesced to the removal of art and antiquities abroad, understanding their trade as currency for a cosmopolitan elite. In the decades after the 1911 Revolution, however, these antiquities went from being “diplomatic capital” to disputed icons of the emerging nation-state. A new generation of Chinese scholars began to criminalize the prior activities of archaeologists, erasing all memory of the pragmatic barter relationship that once existed in China. Recovering the voices of those local officials, scholars, and laborers who shaped the global trade in antiquities, The Compensations of Plunder brings historical grounding to a highly contentious topic in modern Chinese history and informs heated debates over cultural restitution throughout the world.

“Jacobs tells the story of how the cultural relics of northwest China were collected, dispersed, and sometimes destroyed, in a new and refreshingly nonjudgmental way. Drawing on insights from literature on similar processes in the ailing Ottoman Empire as well as on primary sources in English, French, and Chinese, he narrates this story in granular detail and with a keen sense of the motives of the individual actors on both the Western and Chinese side of the story. Clearly the result of a very meticulously researched project, The Compensations of Plunder is a well-crafted and tremendously enjoyable read.”

"This revisionist work challenges Chinese nationalist discourse of how China lost its treasure during the turn of the 20th century to reevaluate the rational historical actors—Western archaeologists who went on expeditions in Xinjiang—through a new explanatory framework: the compensations of plunder."

"This beautifully written and theoretically sophisticated study focuses on Western expeditions to Xinjiang and the Dunhuang region from 1900 to 1930, particularly those of Aurel Stein and Paul Pelliot... The Compensations of Plunder also speaks to the politics of the Chinese frontier, Western culturalism and racism, and the development of Chinese archaeology."

1. Sahibs in the Desert
2. Accumulating Culture
3. Gentlemen of Empire
4. The Priceless Nation
5. Rise of the Apprentices
6. Foreign Devils Begone