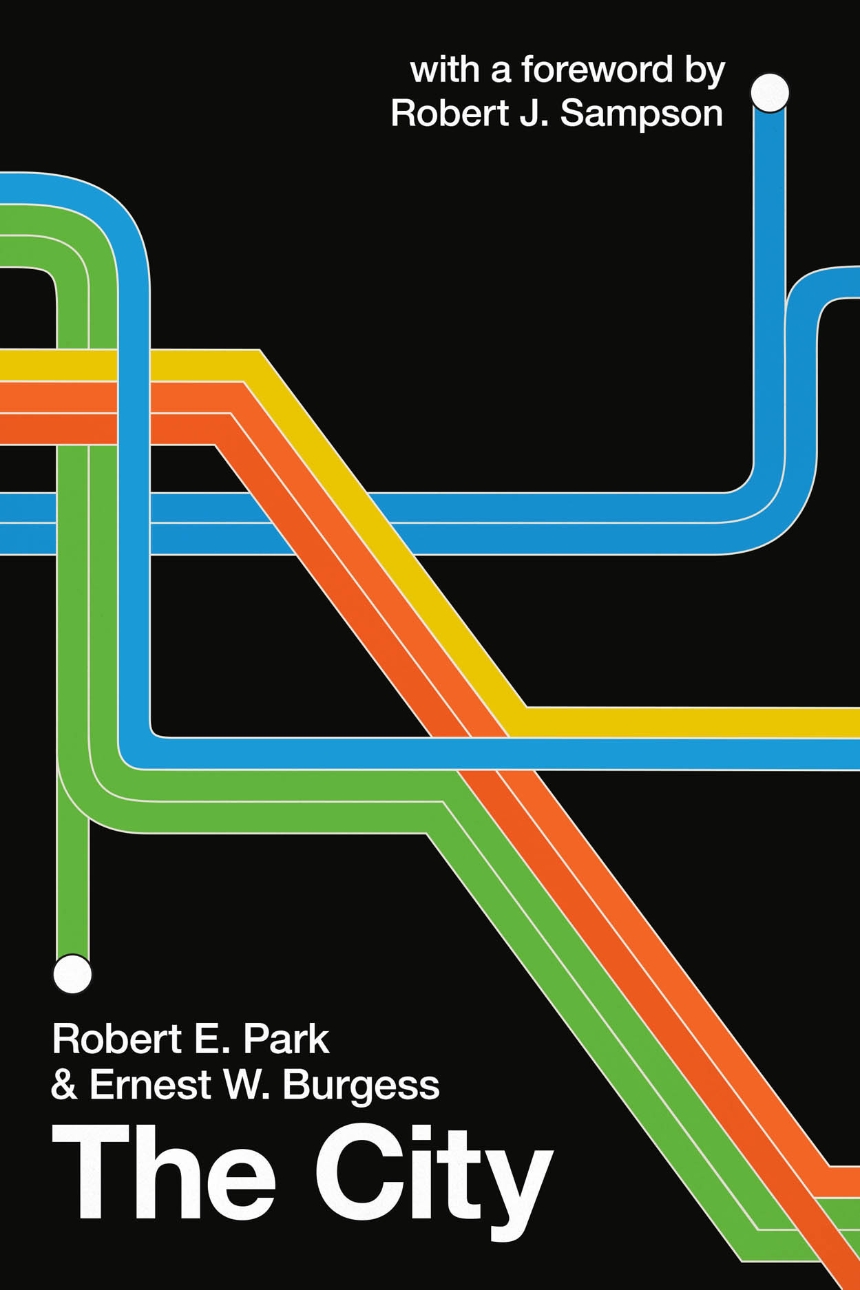 With a New Foreword by Robert J. Sampson
First published in 1925, The City is a trailblazing text in urban history, urban sociology, and urban studies. Its innovative combination of ethnographic observation and social science theory epitomized the Chicago school of sociology. Robert E. Park, Ernest W. Burgess, and their collaborators were among the first to document the interplay between urban individuals and larger social structures and institutions, seeking patterns within the city’s riot of people, events, and influences. As sociologist Robert J. Sampson notes in his new foreword, though much has changed since The City was first published, we can still benefit from its charge to explain where and why individuals and social groups live as they do.

“It is a classic which remains relevant largely because it poses questions still unresolved.”

“[The City] is decidedly more than a description of the objective features of city life. It is a scientific analysis of the forces and elements that go to produce our urban civilization. . . . Park and Burgess have rendered an exceedingly valuable service.”

“One is still impressed by the relevance of certain chapters, particularly the way in which urban problems are descriptively yet perceptively presented, a relevance that applies to the problems as much as their academic study.”

“Bringing the sociological imagination to cities was a brave and innovative endeavour in the early twentieth century and Park’s writings provide a vitality and urgency to fuel the creative impulses of contemporary urban scholarship. . . .  Ultimately, the book provides a compelling snapshot of this critical period in the development of urban studies as a discipline and demonstrates how cities have captivated researchers as an object of endless intrigue and fascination.”

London School of Economics US Centre