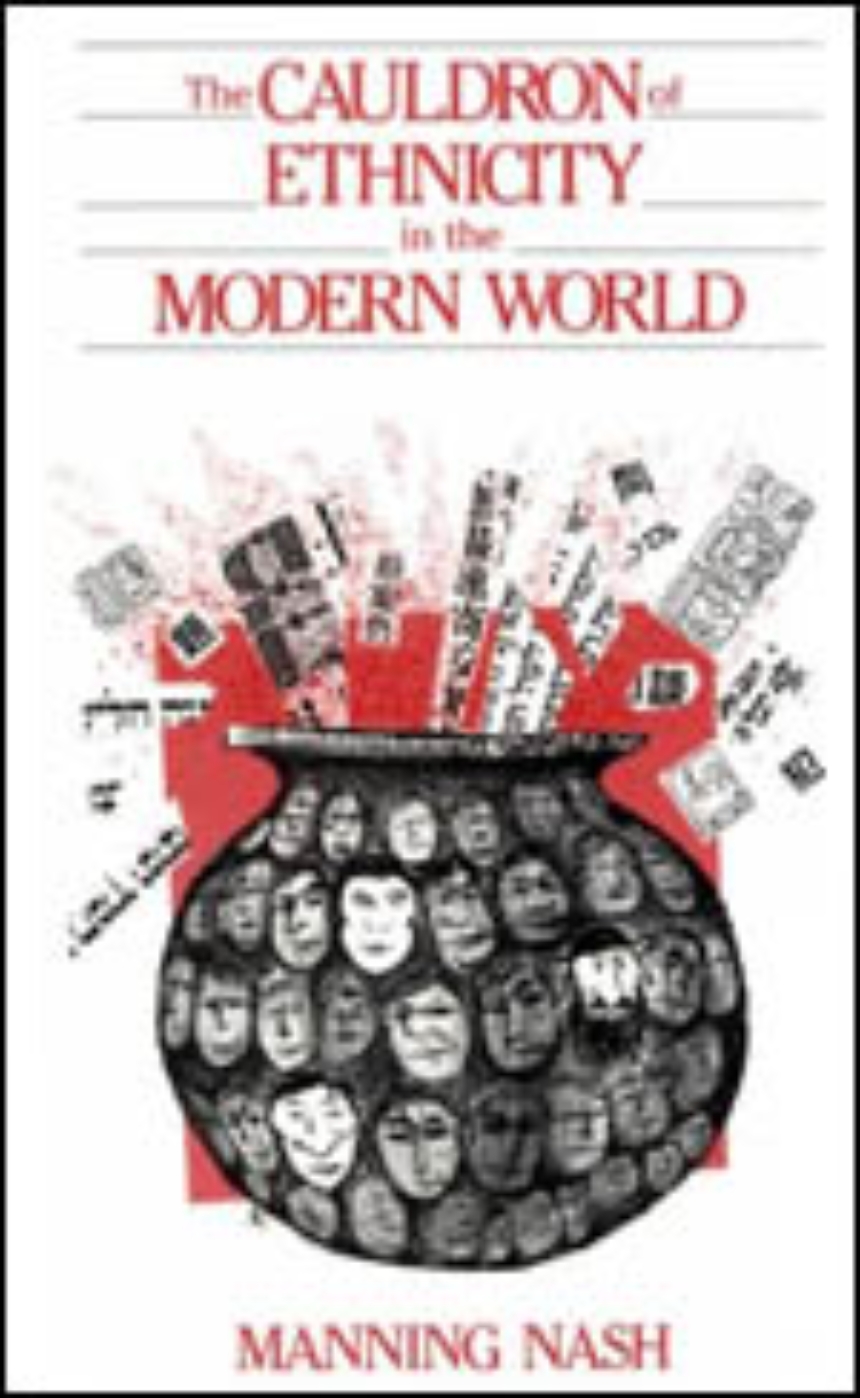 The Cauldron of Ethnicity in the Modern World

The Cauldron of Ethnicity in the Modern World

The "melting pot" metaphor conveys an image of individuals from varied origins blending imperceptibly together. But when such ingredients as inequality, nationalism, or perceived injustice are added to the mix, the melting pot can become a seething cauldron. Manning Nash’s examination of ethnicity in the postcolonial world offers insights into the ways that ethnic tensions are engendered and sustained.

Ethnicity, Nash suggests, is formed by historical processes based on preexisting elements of society and culture. Notions of ethnicity have at their core the recursive metaphor of "blood, bed, and cult"—body substance, kinship, and religious belief. When individuals who perceive themselves bound by these ties are threatened in some way, ethnicity becomes a unifying call to action. Nash identifies a number of concepts—political self-rule, economic opportunity, cultural identity, religious freedom—that have been rallying cries for ethnic struggles in the twentieth century. He offers a novel analysis of the ways that ethnic groups identify themselves and maintain "boundaries," and he assesses the circumstances under which ethnicity may be relevant or nearly irrelevant to political, economic, and cultural dynamics.

Nash presents three case studies that highlight the multifaceted nature of ethnicity and that each demonstrate a particular mode of comparative method. He compares a situation of conquest (Ladino and Maya in Mexico and Guatemala), a new, excolonial nation with nearly equally sized groups (Chinese and Malays in Malaysia), and a small immigrant group in a large nation (Jews in the United States), pointing out the many possible combinations of political, economic, or cultural struggles in ethnic conflicts. Even in nations where such conflict is minimal, Nash warns, ethnicity remains a reservoir of turbulence in a world where power, wealth, and dignity are unevenly and illegitimately distributed.