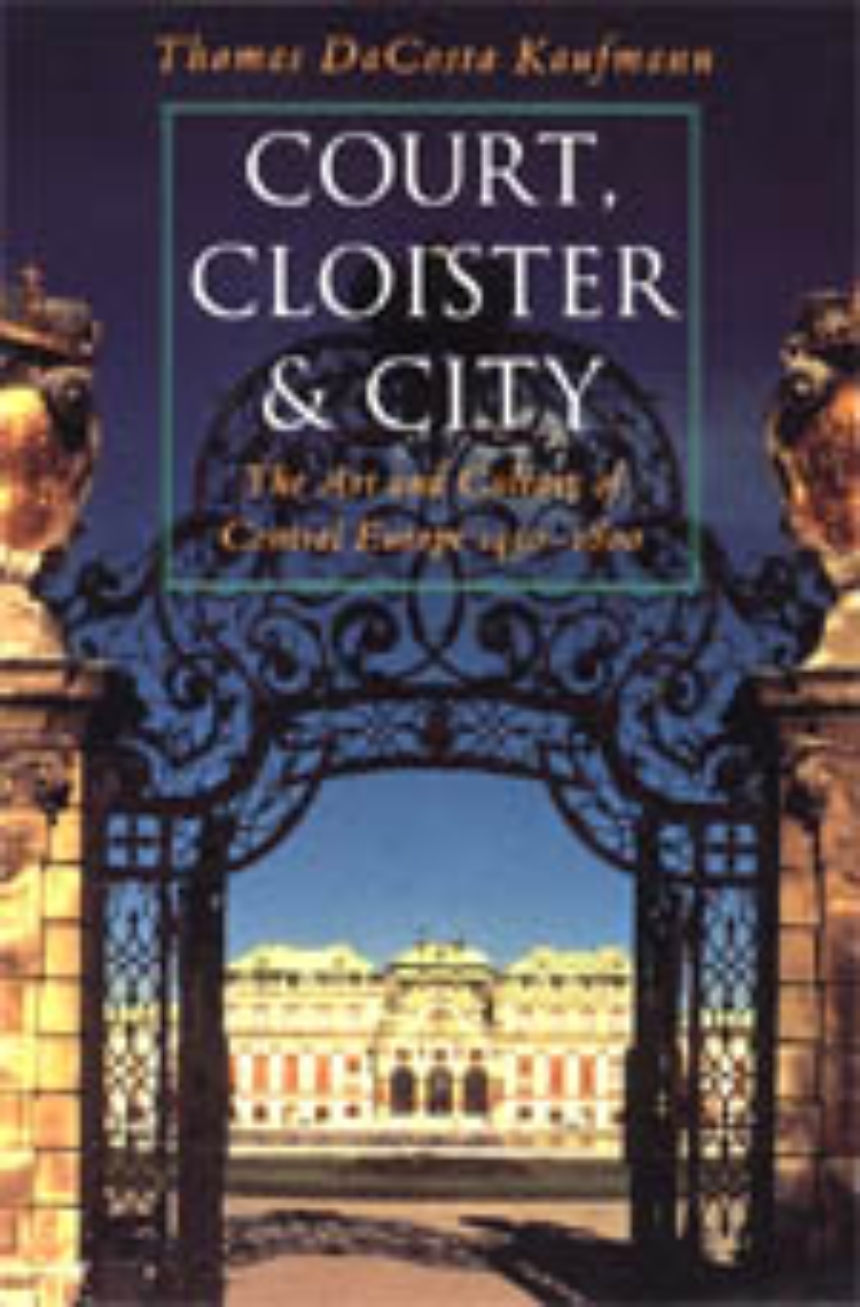 The collapse of Communism in Central and Eastern Europe opened the doors to cultural treasures that for decades had been hidden, forgotten, or misinterpreted. Thomas DaCosta Kaufmann looks at Central Europe as a cultural entity while chronicling more than three hundred years of painting, sculpture, and architecture in Germany, Poland, the Czech Republic, Slovakia, Hungary, Austria, Ukraine, Lithuania and western parts of the Russian Federation. Kaufmann surveys a remarkable range of art and artifacts created from the coming of the Renaissance through to the Enlightenment.

"Kaufmann throws considerable light on one of the more neglected and least understood periods in art history."—Philadelphia Inquirer

"A wonderful book which does justice both to a formal analysis of the art and to an explanation of broader political and economic forces at work."—Virginia Quarterly Review

"Important and stimulating, Kaufmann’s study examines the cultural legacy of a region too little known and understood."—Choice

"Peaks of the creative heritage which [Kaufmann] describes reserve their message—and their surprises—for those who visit them in situ. But invest in Kaufmann’s volume before you go."—R. J. W. Evans, New York Review of Books

Acknowledgements
Maps
Introduction
1: Prologue to the Renaissance: Art and Architecture of the Fifteenth Century in Russia and Hungary
2: Jagellonians and Habsburgs: Art of the Courts c. 1500
3: Art of the Towns: The Role of German-Speaking Artists c. 1500
4: The Renaissance in German-Speaking Lands: Durer, his Contemporaries, and Humanism
5: The Problem of the Reception of the Renaissance: The Reformation and Art116
6: Court, Castle and City in the Mid-Sixteenth Century
7: Kunst and the Kunstkammer: Collecting as a Phenomenon of the Renaissance in Central Europe
8: Princely Patronage of the Later Sixteenth and Early Seventeenth Centuries: The Example and Impact of Art at the Court of Rudolf II
9: Art on the Eve of the Thirty Years’ War: The Catholic Reformation and the Arts
10: Art and the Thirty Years’ War
11: Art and Architecture after the Thirty Years’ War
12: Polonia Victoriosa; Austria Gloriosa
13: Early Eighteenth-Century Architecture, Art and Collecting at the German Courts
Excursus: St Petersburg and Environs in the Eighteenth Century
14: Early Eighteenth-Century Art and Architecture in the Bohemian Lands
15: South German Art and Architecture of the Early Eighteenth Century in its European Context
16: The Transformation of the Arts and Court from the Mid-eighteenth Century
17: Arts and Audiences of the Later Eighteenth Century: Painterly Pyrotechnics and its Alternatives
18: The Critical Response: Collecting, Criticism, the Enlightenment and the Visual Arts
Conclusion: The End of the Old Order
A Note on Notes and Bibliography
Notes
Index