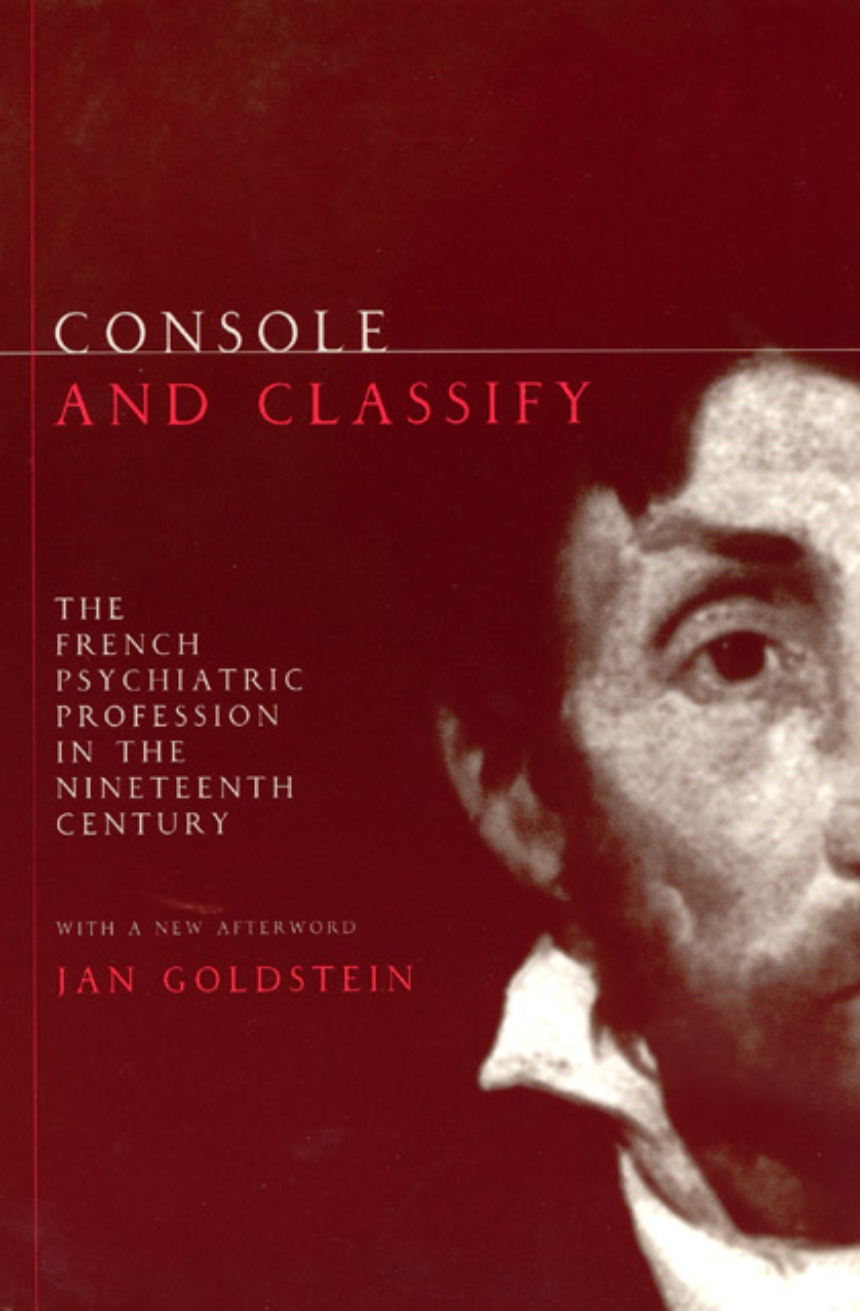 The French Psychiatric Profession in the Nineteenth Century

The French Psychiatric Profession in the Nineteenth Century

Since its publication in 1989, Console and Classify has become a classic work in the history of science and in French intellectual history. Now with a new afterword, this much-cited and much-discussed book gives readers the chance to revisit the rise of psychiatry in nineteenth-century France, the shape it took and why, and its importance both then and in contemporary society.

"Goldstein has raised our understanding of the politics of psychiatric professionalization on to a new plane."—Roy Porter, Times Higher Education Supplement

"[A]n historiographical tour de force, quite simply the most insightful work on the subject in English or any other language. . . . [A] work of distinctive originality. . . . It is written with lucidity and elegance, even a certain confident scholarly panache, that make it a pleasure to read."—Toby Gelfand, Social History

1. "Profession" in context
The corporate model
The statist model
The laissez-faire model
Redefinition

2. Toward psychiatry
The bureaucracy: health police of the insane
General medical theory: medicine as "anthropology"
Specialization

4. The politics of patronage
The Pinel circle
The Esquirol circle
The dynamics of recruitment: specialization and the "doctor glut"

5. Monomania
The initial definition of the disease
Professional ramifications (I): charting "mental tendencies"
Professional ramifications (II): the emergence of forensic psychiatry
A boundary dispute with the legal profession
The elusive insanity: its partisans and its varieties
The politicization of the monomania doctrine
The medical defense of monomania and the self-defense of psychiatric specialization
The decline of monomania

6. Religious roots and rivals
A religious mission to the insane
The moral treatment as religious consolation
The anticlerical current in early médecine mentale
The collaborative possibility

8. The Law of 1838 and the asylum system
Lunacy legislation and the constitutional monarchy
The obstacle of interdiction and the theory of isolation
The government’s bill: an exercise in "political medicine"
The establishment of a nationwide asylum system
Assessing the clerical "threat"

9. Hysteria, anticlerical politics, and the view beyond the asylum
The hysteria diagnosis and the epidemiology of hysteria
The appropriation of the demi-fou
A profession’s progress, 1838-1876
Shifting political configurations, 1838-1876
The anticlerical partnership