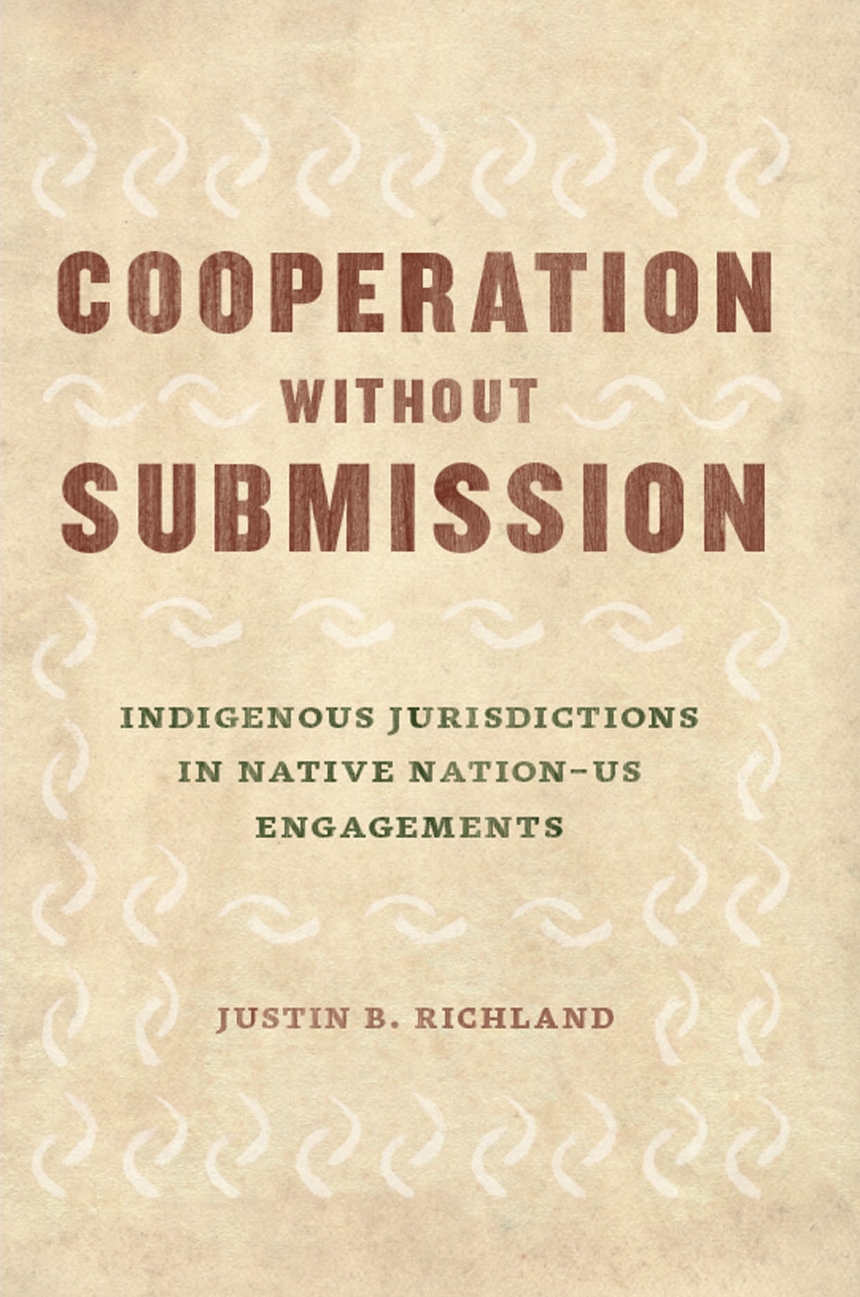 A meticulous and thought-provoking look at how Tribes use language to engage in "cooperation without submission."

It is well-known that there is a complicated relationship between Native American Tribes and the US government. Relations between Tribes and the federal government are dominated by the principle that the government is supposed to engage in meaningful consultations with the tribes about issues that affect them.

In Cooperation without Submission, Justin B. Richland, an associate justice of the Hopi Appellate Court and ethnographer, closely examines the language employed by both Tribes and government agencies in over eighty hours of meetings between the two. Richland shows how Tribes conduct these meetings using language that demonstrates their commitment to nation-to-nation interdependency, while federal agents appear to approach these consultations with the assumption that federal law is supreme and ultimately authoritative. In other words, Native American Tribes see themselves as nations with some degree of independence, entitled to recognition of their sovereignty over Tribal lands, while the federal government acts to limit that authority. In this vital book, Richland sheds light on the ways the Tribes use their language to engage in “cooperation without submission.”

"Justin B. Richland’s new book, Cooperation without Submission, provides a valuable decoder ring for non-Native government officials, scholars, and researchers who seek to consult meaningfully with Native leaders, Native nation governments, and their advocates. Rather than characterize and base recommendations on generalized Indigenous values or philosophies, the author draws conclusions from scrutinizing the details of specific Native–US engagements, and observing and analyzing the language used in meeting transcripts and legal texts. Richland does so with a thorough consideration of the current sociolegal scholarship on Indigenous law ways, settler colonialism, and US federal Indian law."