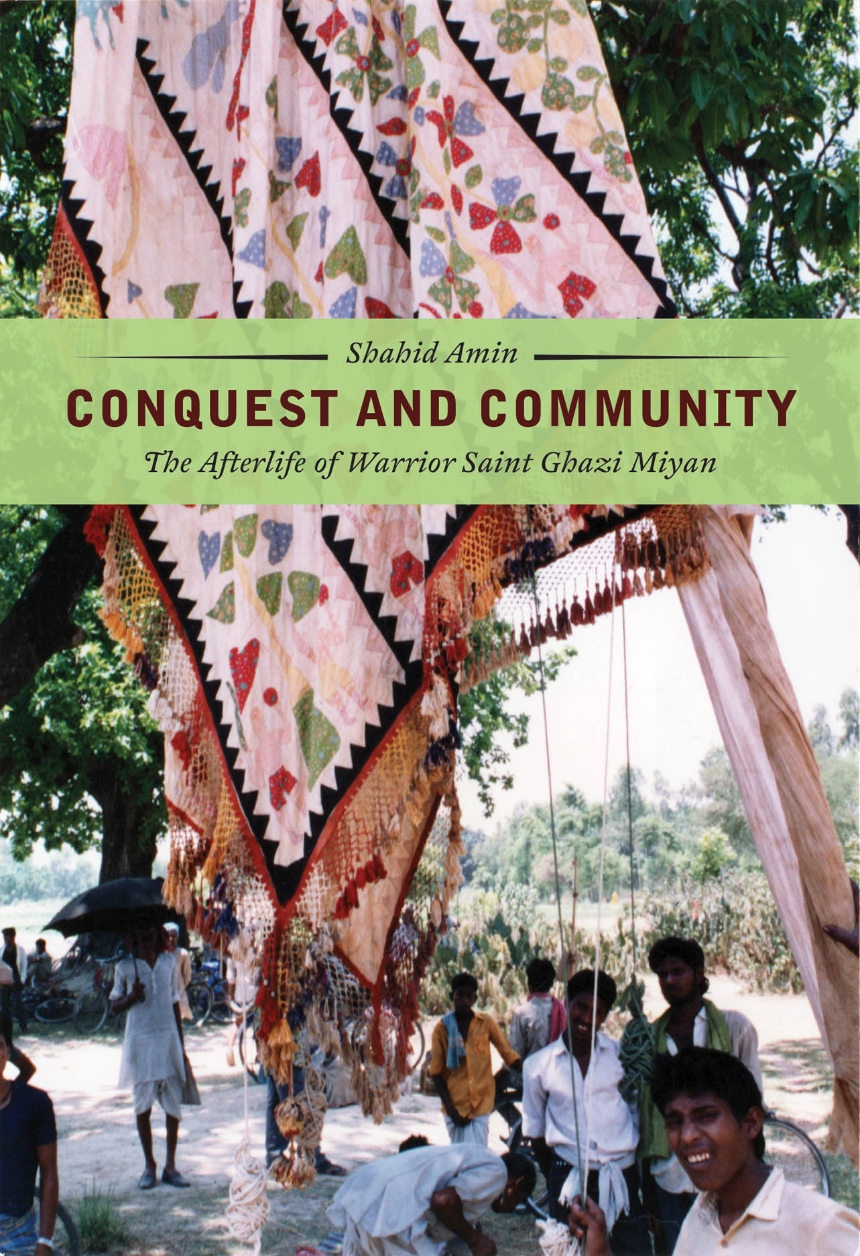 Few topics in South Asian history are as contentious as that of the Turkic conquest of the Indian subcontinent that began in the twelfth century and led to a long period of Muslim rule. How is a historian supposed to write honestly about the bloody history of the conquest without falling into communitarian traps?

Conquest and Community is Shahid Amin's answer. Covering more than eight hundred years of history, the book centers on the enduringly popular saint Ghazi Miyan, a youthful soldier of Islam whose shrines are found all over India. Amin details the warrior saint’s legendary exploits, then tracks the many ways he has been commemorated in the centuries since. The intriguing stories, ballads, and proverbs that grew up around Ghazi Miyan were, Amin shows, a way of domesticating the conquest—recognizing past conflicts and differences but nevertheless bringing diverse groups together into a community of devotees. What seems at first glance to be the story of one mythical figure becomes an allegory for the history of Hindu-Muslim relations over an astonishingly long period of time, and a timely contribution to current political and historical debates.

"In this richly textured study of competing narratives and memory, a genre of which Amin is one of South Asia's foremost practitioners, he asks how a sense of community (of believers of various religions) is constituted because of, rater than in spite of, a history of conquest... Amin shows that the story of Ghazi Miyan challenges at once our understanding of how the Turkic conquest is 'remembered' and our judgments about figures who constitute that 'event' ought to be remembered."

“The legendary exploits of Ghazi Miyan, the conqueror saint, and the cults of remembrance that surround his name in northern India contain layer upon layer of significance that only a master historian like Shahid Amin can reveal to us.”

“A bravura performance of interpretation, erudition, and rich local knowledge and a breathtaking reconstruction of five centuries of legend and cult. Never again will the figure of the ghazi, or holy warrior, be permitted the simplistic reductions common in the past. Amin has given us a masterpiece.”

“Deeply researched and wonderfully written, Conquest and Community shows us how composite religious culture is created and peaceful threads knit over the rupture of violence. A fascinating book with wide implications for our own troubled times.”

1 Introduction: Sufi and the Ghazi

Part One A LIFE

Appendix 1 The Ballad of Basaurhi Dafali, Recorded Near Rudauli, May 1994

Appendix 3 A Poetical Description of the Ghazi Miyan Fair at Bahraich, c. 1800 by Cazim Ali Jawan