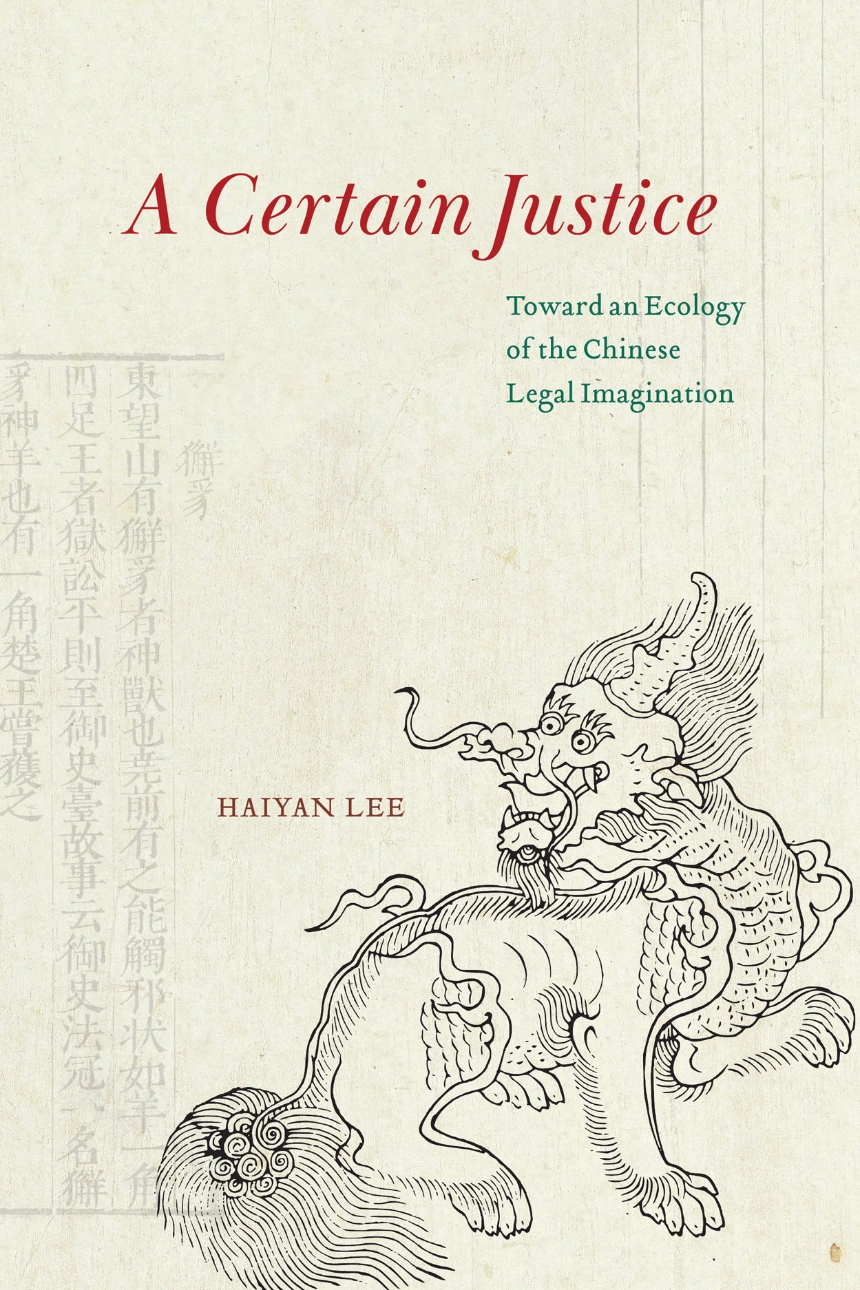 Toward an Ecology of the Chinese Legal Imagination

Toward an Ecology of the Chinese Legal Imagination

A much-needed account of the hierarchy of justice that defines China’s unique political-legal culture.

To many outsiders, China has an image as a realm of Oriental despotism where law is at best window-dressing and at worst an instrument of coercion and tyranny. In this highly original contribution to the interdisciplinary field of law and humanities, Haiyan Lee shows that this image arises from an ahistorical understanding of China’s political-legal culture, particularly the failure to distinguish what she calls high justice and low justice.

In the Chinese legal imagination, Lee shows, justice is a vertical concept, with low justice between individuals firmly subordinated to the high justice of the state. China’s political-legal culture is marked by a mistrust of law’s powers, and as a result, it privileges substantive over procedural justice. Calling on a wide array of narratives—stories of crime and punishment, subterfuge and exposé, guilt and redemption—A Certain Justice helps us recognize the fight for justice outside the familiar arenas of liberal democracy and the rule of law.

“In place of the stale debate over China’s progress toward a Western ‘rule of law,’ A Certain Justice offers a fresh interpretation of Chinese legal culture informed by China’s own literary traditions. Guiding the reader on a colorful journey from spy thrillers and tales of hypocrisy through contemporary court dramas, Lee reveals a vibrant legal imagination that is hierarchical rather than horizontal, encompassing both the ‘high justice’ of the state and the ‘low justice’ of society at large. The result, she suggests, is an intertwining of law and politics animated by a logic quite unlike that of Western jurisprudence, but no less important for informing conceptions of morality and governance.”

“Lee guides us through the rich terrain of literature and film as material archives to examine the fabric of Chinese justice. By avoiding reliance on legal jurisprudence, Lee charts how the Chinese Communist Party has become the actual arbiter of justice. Her critical examination of the legal imagination in fiction and in history suggests that by ‘positioning itself at the moral-ideological pinnacle,’ the party has been able to demand that its own legitimacy and self-preservation are at the root of justice. Her expansive investigation ranges from prewar texts to literature in postwar spy novels, to animal-themed novels in the twenty-first century. Importantly, Lee’s research explains why the injustice meted out at the lower strata of Chinese society is often seen as an acceptable sacrifice for the ‘high justice’ achieved by the state.”

“This subtle, learned, capacious book looks at China’s alternative to liberalism as a complex interplay between three terms: justice, morality, and law, with law always playing second fiddle (though a necessary fiddle) to the other two. At a moment when the Chinese statist paradigm can no longer be dismissed as an inadequate copy of Western rule of law, this timely study opens up a critical space for reappraisal.”