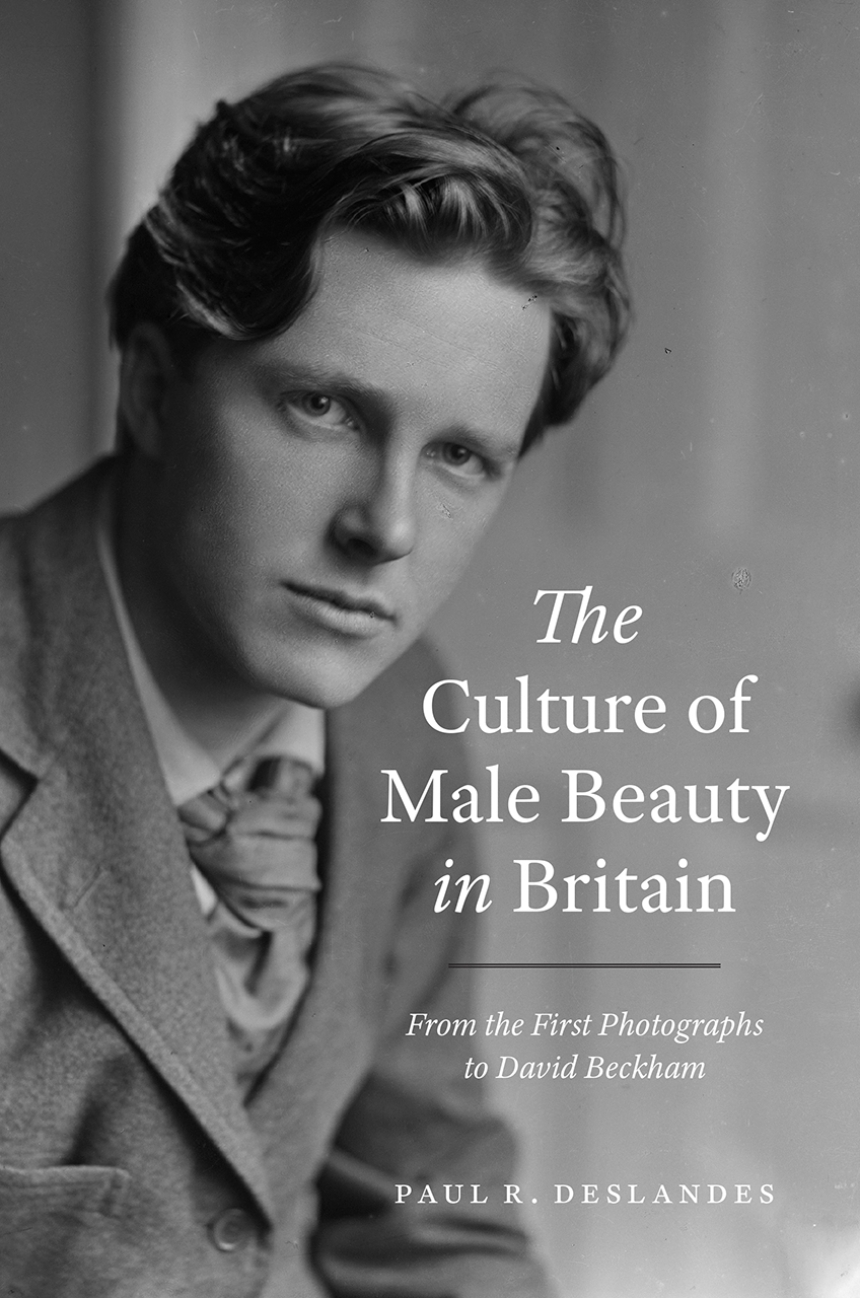 The Culture of Male Beauty in Britain

From the First Photographs to David Beckham

The Culture of Male Beauty in Britain

From the First Photographs to David Beckham

A heavily illustrated history of two centuries of male beauty in British culture.

Spanning the decades from the rise of photography to the age of the selfie, this book traces the complex visual and consumer cultures that shaped masculine beauty in Britain, examining the realms of advertising, health, pornography, psychology, sport, and celebrity culture. Paul R. Deslandes chronicles the shifting standards of male beauty in British culture—from the rising cult of the athlete to changing views on hairlessness—while connecting discussions of youth, fitness, and beauty to growing concerns about race, empire, and degeneracy. From earlier beauty show contestants and youth-obsessed artists, the book moves through the decades into considerations of disfigured soldiers, physique models, body-conscious gay men, and celebrities such as David Beckham and David Gandy who populate the worlds of television and social media.

Deslandes calls on historians to take beauty and gendered aesthetics seriously while recasting how we think about the place of physical appearance in historical study, the intersection of different forms of high and popular culture, and what has been at stake for men in “looking good.”

"The American historian Deslandes has identified ‘a distinctively British culture of male beauty’ that stretches back two centuries, and he explores this in his wide-ranging and well-illustrated book. . . . both welcome and genuinely illuminating."

"[The Culture of Male Beauty in Britain] is a straightforward history of the way images of male beauty were promulgated in England from the early 1800s to the present, and its strength comes primarily from the photographs, reproductions of advertisements, cartoons from Punch, and other memorabilia Deslandes has been studying and collecting over the years. Above all, it's the photographs. The pictures here really are worth a thousand words."

“With a keen eye toward race, gender, and sexuality, Deslandes takes us on a journey across intellectual and health cultures, modes of representation, and the emergence of modern selfhood to chronicle male beauty in Britain across two centuries. In this meticulously researched and richly illustrated book, Deslandes not only chronicles beauty, he has produced it. This is, simply, a gorgeous book.”

Sharrona Pearl, author of Face/On: Face Transplants and the Ethics of the Other

“A wonderful and much-anticipated book. Deslandes draws on a wealth of materials, many of which will be new even to expert readers. Taking on the concept of beauty in relationship to masculinity, and doing so over an impressively long period, Deslandes reveals how beauty was central to fashioning the modern self and that British culture was particularly preoccupied with masculine forms of attractiveness.”

Nadja Durbach, author of Many Mouths: The Politics of Food in Britain from the Workhouse to the Welfare State

“Deslandes skillfully unveils the aesthetic history of British masculinity that has been hiding, as it were, in plain sight. He dispels the common myth that beauty is a historically feminine quality, and vividly demonstrates how ideals of male attractiveness have long mattered in shaping values, identity, sexuality, and social status.”

Christopher R. Oldstone-Moore, author of Of Beards and Men: The Revealing History of Facial Hair

“The Culture of Male Beauty in Britain is an extraordinary work of archival recovery and an important intervention across the histories of masculinities and sexualities, bodies and subjectivities, and mass culture and consumerism in Britain and beyond. Working at the cutting edge of recent work in histories of masculinity, Deslandes insists that we understand masculinity as an aesthetic category as much as a question of experience, culture, or performance. In making this case, he draws upon an astonishing and compelling array of print and material culture, ephemera, and personal testimonies. His stories of hairdressers and male models, pornographers, and ordinary British men will delight, challenge, and often surprise readers.”

Part One Setting the Stage: The Foundations of Modern Male Beauty