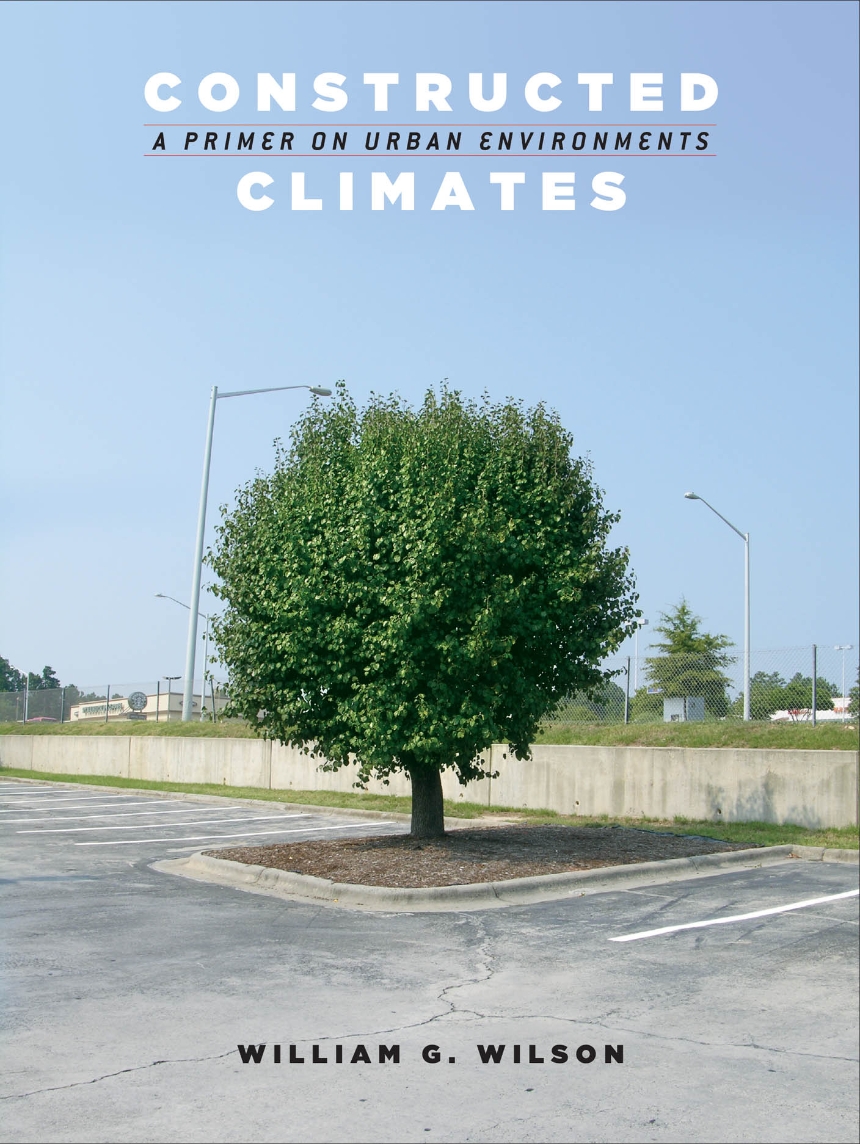 A Primer on Urban Environments

A Primer on Urban Environments

As our world becomes increasingly urbanized, an understanding of the context, mechanisms, and consequences of city and suburban environments becomes more critical. Without a sense of what open spaces such as parks and gardens contribute, it’s difficult to argue for their creation and maintenance: in the face of schools needing resources, roads and sewers needing maintenance, and people suffering at the hands of others, why should cities and counties spend scarce dollars planting trees and preserving parks?

In Constructed Climates, ecologist William G. Wilson demonstrates the value of urban green. Focusing specifically on the role of vegetation and trees, Wilson shows the costs and benefits reaped from urban open spaces, from cooler temperatures to better quality ground water—and why it all matters. While Constructed Climates is a work of science, it does not ignore the social component. Wilson looks at low-income areas that have poor vegetation, and shows how enhancing these areas through the planting of community gardens and trees can alleviate social ills. This book will be essential reading for environmentalists and anyone making decisions for the nature and well-being of our cities and citizens.

“This volume provides an understandable overview of current scientific thinking regarding biological and physiochemical attributes of urban environments, while also highlighting the challenging social and policy issues associated with urban living.”

“Wilson carefully crafts the explanation of diverse and complex scientific material of how humans have altered the environment they live in. At a time when we all need to approach our shared environmental challenges with an integrative, interdisciplinary perspective, Wilson provides us with a much-needed resource that combines urban ecology, physics, chemistry, and sociology. A must read for anyone seeking to have a positive impact on the places in which we live.”

“Constructed Climates effectively tackles a host of major environmental issues, ranging from the global-scale issue of climate change to local interests in sustainability and quality of life. This wide range of material is presented in a manner that requires surprisingly little background for readers while at the same time providing links to key scientific knowledge for those readers who want a little more depth. The book gives the reader a broad understanding of the relationship between urban populations and the environment by describing the earth system components that control what is valued by human society, including clean air and water, a stable climate, good health, and well-being.”

“Wilson’s book creatively synthesizes scientific research into a thoughtful and informative style. He breaks new ground by discussing interactive effects of climate and land-use change and the blurring boundaries between nature, cities, and people. His book also approaches urban ecosystems from a holistic and empirical perspective and would be an excellent resource both in the classroom and for anyone interested in urban ecosystems.”

“In Constructed Climates William G. Wilson examines the context, mechanisms, and consequences of urban environments. This articulate summary of the science provides a much-needed tool for influencing critical decisions made concerning the landscape of our cities and citizens. Undoubtedly, the environment is connected to how we live, and how well we live, and Wilson’s work identifies the crucial role that urban greenness plays in our quality of life and well-being.”

“William G. Wilson’s book Constructed Climates deftly weaves together an enormous array of scientific information about the roles that urban green space—especially trees, but also parks, gardens, and parkways—play in shaping the climate, ecology, pollution, and social character and equity of cities. Debunking some popular ideas as well as providing evidence about urban greening, it should be required reading for every student of city planning and public policy.”