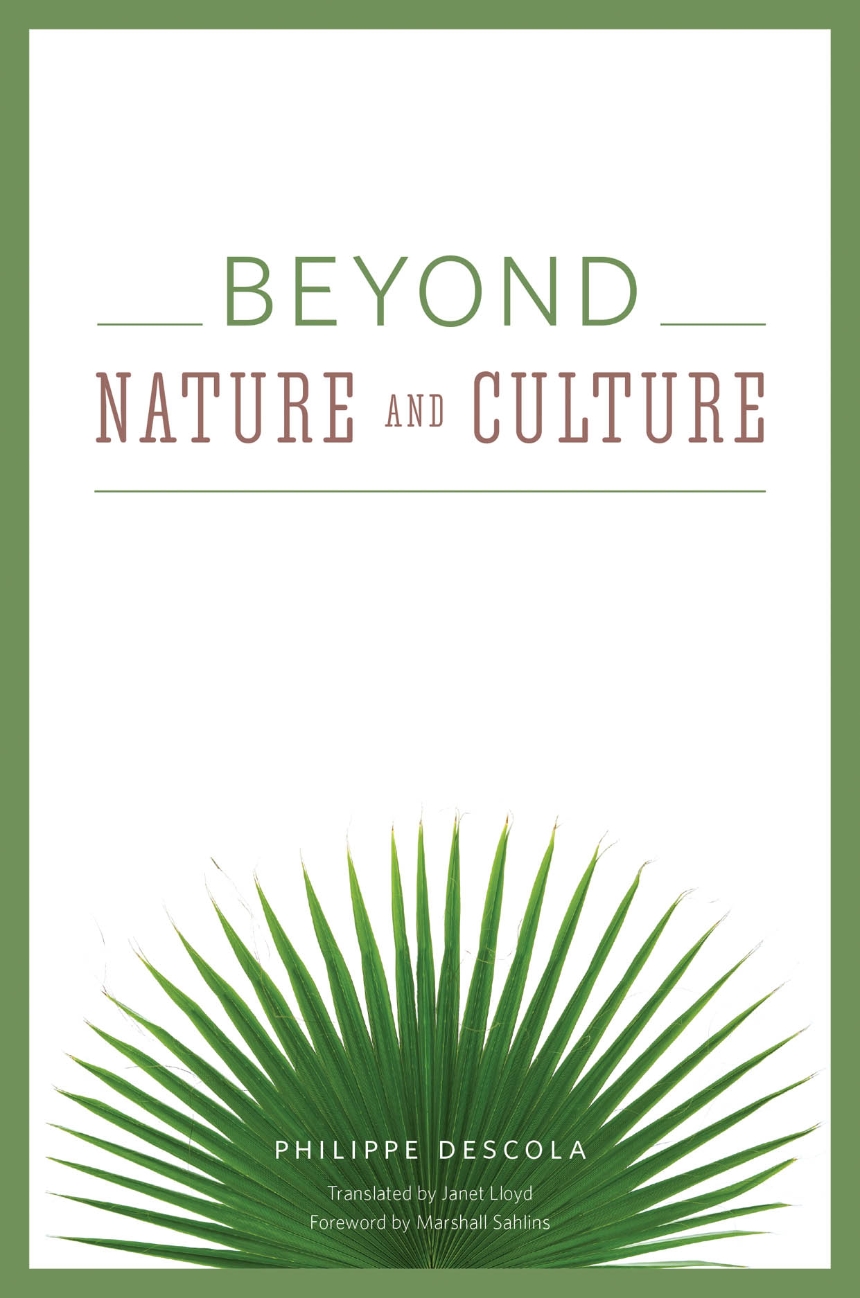 Beyond Nature and Culture

Beyond Nature and Culture

Translated by Janet Lloyd
Foreword by Marshall Sahlins
Philippe Descola has become one of the most important anthropologists working today, and Beyond Nature and Culture has been a major influence in European intellectual life since its French publication in 2005. Here, finally, it is brought to English-language readers. At its heart is a question central to both anthropology and philosophy: what is the relationship between nature and culture?
Culture—as a collective human making, of art, language, and so forth—is often seen as essentially different from nature, which is portrayed as a collective of the nonhuman world, of plants, animals, geology, and natural forces. Descola shows this essential difference to be, however, not only a specifically Western notion, but also a very recent one. Drawing on ethnographic examples from around the world and theoretical understandings from cognitive science, structural analysis, and phenomenology, he formulates a sophisticated new framework, the “four ontologies”— animism, totemism, naturalism, and analogism—to account for all the ways we relate ourselves to nature. By thinking beyond nature and culture as a simple dichotomy, Descola offers nothing short of a fundamental reformulation by which anthropologists and philosophers can see the world afresh.

“At the heart of the book is a compelling and original account of where the nature-culture binary has come from, where it might go—and what we might imagine in its place.”

“Descola’s challenging new worldview should be of special interest to a wide range of scientific and academic disciplines from anthropology to zoology. . . . Highly recommended.”

“This is without doubt the most important book coming from French anthropology since Claude Lévi-Strauss’s Anthropologie Structurale. This time, however, the contested notion of structure is put to use to deeply modify the limits of anthropology itself, since it is the very notion of nature that is being shifted from an indisputable resource to a highly local and historical topic of inquiry. Philippe Descola’s ample and classic prose—remarkably captured by the translator Janet Lloyd—manages to revisit simultaneously all the major concepts of the discipline while reinterpreting a bewildering amount of ethnographic knowledge. At the time of the Anthropocene, it is crucial that this masterpiece be read by all those who are looking for a successor to nature and to culture.”

Bruno Latour, author of An Inquiry into Modes of Existence

“Few books have the merit to counter the established way of thinking by reformulating great questions on a new basis. . . . it is nevertheless what Descola’s book achieves. . . . an important book which will be received passionately.”

Le Monde, on the French edition

“Thanks to its richness and its broad scope, this book gives to anthropological reflection a new starting point and will become the compulsory reference for all our debates in the years to come.”

Claude Lévi-Strauss, on the French edition