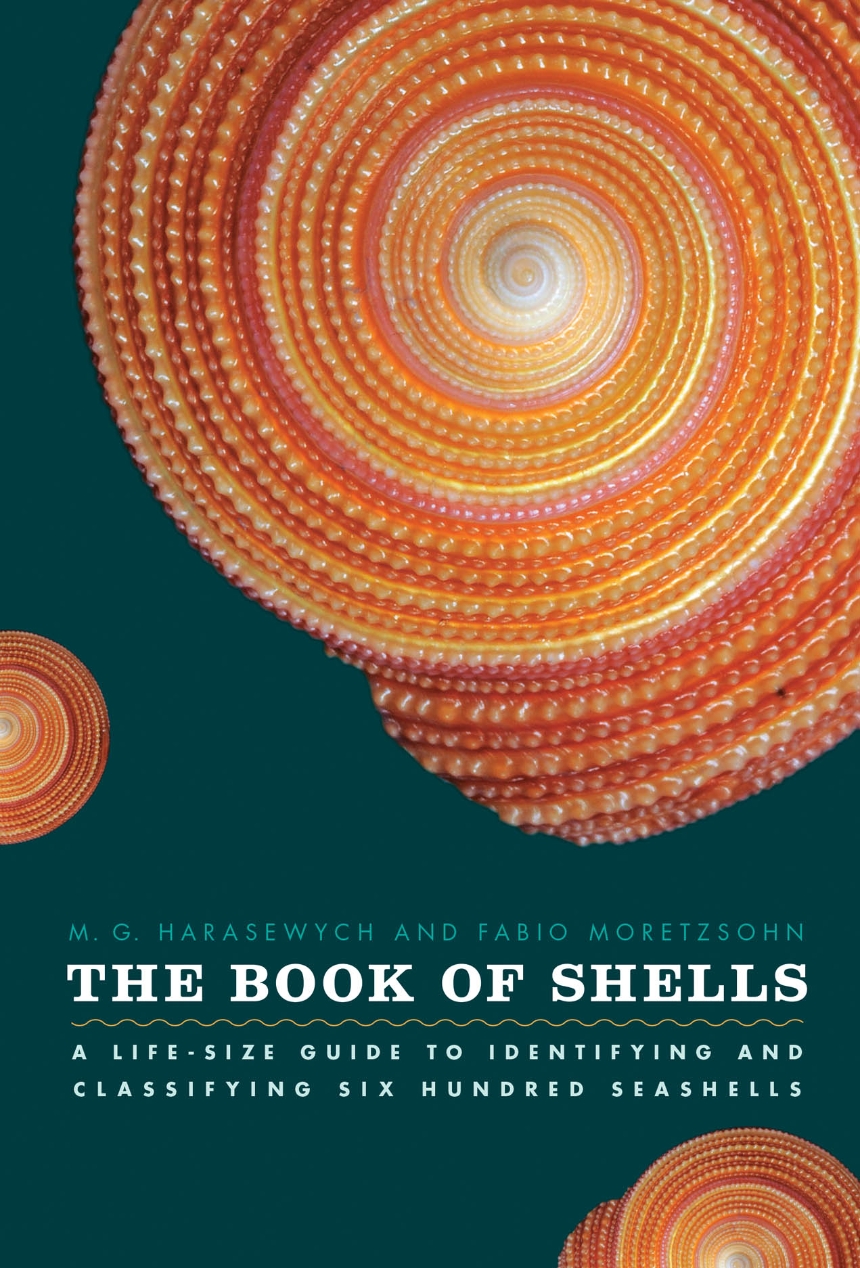 The Book of Shells

A Life-Size Guide to Identifying and Classifying Six Hundred Seashells

The Book of Shells

A Life-Size Guide to Identifying and Classifying Six Hundred Seashells

Who among us hasn’t marveled at the diversity and beauty of shells? Or picked one up, held it to our ear, and then gazed in wonder at its shape and hue? Many a lifelong shell collector has cut teeth (and toes) on the beaches of the Jersey Shore, the Outer Banks, or the coasts of Sanibel Island. Some have even dived to the depths of the ocean. But most of us are not familiar with the biological origin of shells, their role in explaining evolutionary history, and the incredible variety of forms in which they come.

Shells are the external skeletons of mollusks, an ancient and diverse phylum of invertebrates that are in the earliest fossil record of multicellular life over 500 million years ago. There are over 100,000 kinds of recorded mollusks, and some estimate that there are over amillion more that have yet to be discovered. Some breathe air, others live in fresh water, but most live in the ocean. They range in size from a grain of sand to a beach ball and in weight from a few grams to several hundred pounds. And in this lavishly illustrated volume, they finally get their full due.

The Book of Shells offers a visually stunning and scientifically engaging guide to six hundred of the most intriguing mollusk shells, each chosen to convey the range of shapes and sizes that occur across a range of species. Each shell is reproduced here at its actual size, in full color, and is accompanied by an explanation of the shell’s range, distribution, abundance, habitat, and operculum—the piece that protects the mollusk when it’s in the shell. Brief scientific and historical accounts of each shell and related species include fun-filled facts and anecdotes that broaden its portrait.

The Matchless Cone, for instance, or Conus cedonulli, was one of the rarest shells collected during the eighteenth century. So much so, in fact, that a specimen in 1796 was sold for more than six times as much as a painting by Vermeer at the same auction. But since the advent of scuba diving, this shell has become far more accessible to collectors—though not without certain risks. Some species of Conus produce venom that has caused more than thirty known human deaths.

The Zebra Nerite, the Heart Cockle, the Indian Babylon, the Junonia, the Atlantic Thorny Oyster—shells from habitats spanning the poles and the tropics, from the highest mountains to the ocean’s deepest recesses, are all on display in this definitive work.

"Violet Moon, True Tulip, and Peruvian Hat are a few of my favorite names from a gorgeous new guide to identifying shells—600 shells, to be exact, a number that constitutes less than 1 percent of the known species of seashells. (Some scientists estimate that more than 1,000,000 shells have yet to be discovered.) The Book of Shells by M.G. Harasewych, curator of marine mollusks at the Smithsonian Institution, and researcher Fabio Moretzsohn is a beautifully designed reference work with exquisite photographs of shells that range in size from a grain of sand to a beach ball."

"This time of year, the beach beckons. Instead of just lying around in a stupefied, sun-drenched drowse, however, why not turn those vacation hours at the seaside into a learning experience? The Book of Shells: A Life-Size Guide to Identifying and Classifying Six Hundred Seashells is a fascinating guide to the external skeletons of mollusks—also known as seashells—that routinely turn the ocean’s fringe into a scattering of treasures. With this book in tow, you can, after an afternoon of shell-collecting, sit down and classify your finds. The Book of Shells includes full-color photos of hundreds of shells and a guide to each mollusk’s stomping grounds. M.G. Harasewych and Fabio Moretzsohn, the zoologists who put together this jumbo joy—at 665 pages and a hard cover, you’ll need two hands to lift it—have done a splendid job. The book is filled with scientific data but it will intrigue — not intimidate — those of us who are nonscientists. And these gorgeous shells with poetic names like Snowflake Marginella, Imperial Harp, Lettered Olive, Gaping Ancilla, Du Petit’s Spindle, Rough-Ribbed Nerite and Reddish Callista have a delicate, almost unearthly beauty."—Chicago Tribune

"This encyclopedia of 600 seashells . . . is enough to inspire even the laziest beachcomber to rush out at low tide to find something beautiful."

"How many different kinds of seashells are there? No one can say for sure. Tens of thousands of mollusks are known to science and there are certainly far, far more out there waiting to be discovered. So a book that describes 600 species is only scratching the surface. But what a surface! . . . Dr. Harasewych, curator of marine mollusks at the Smithsonian Institution and Dr. Moretzsohn, a researcher at the Harte Research Institute in Texas, offer detailed images, crisp descriptions and helpful information about things like mollusk family trees, guides to shells by geographical region and useful Web sites.”

Foreword
Introduction
What is a Mollusk?
What is a Shell?
Shell Collecting
Shell Identification Key
The Shells
Appendices
Glossary of Terms
Index of Species Aranged According to Evolutionary Relationships
Index of Common Names
Index of Latin Names
Acknowledgments