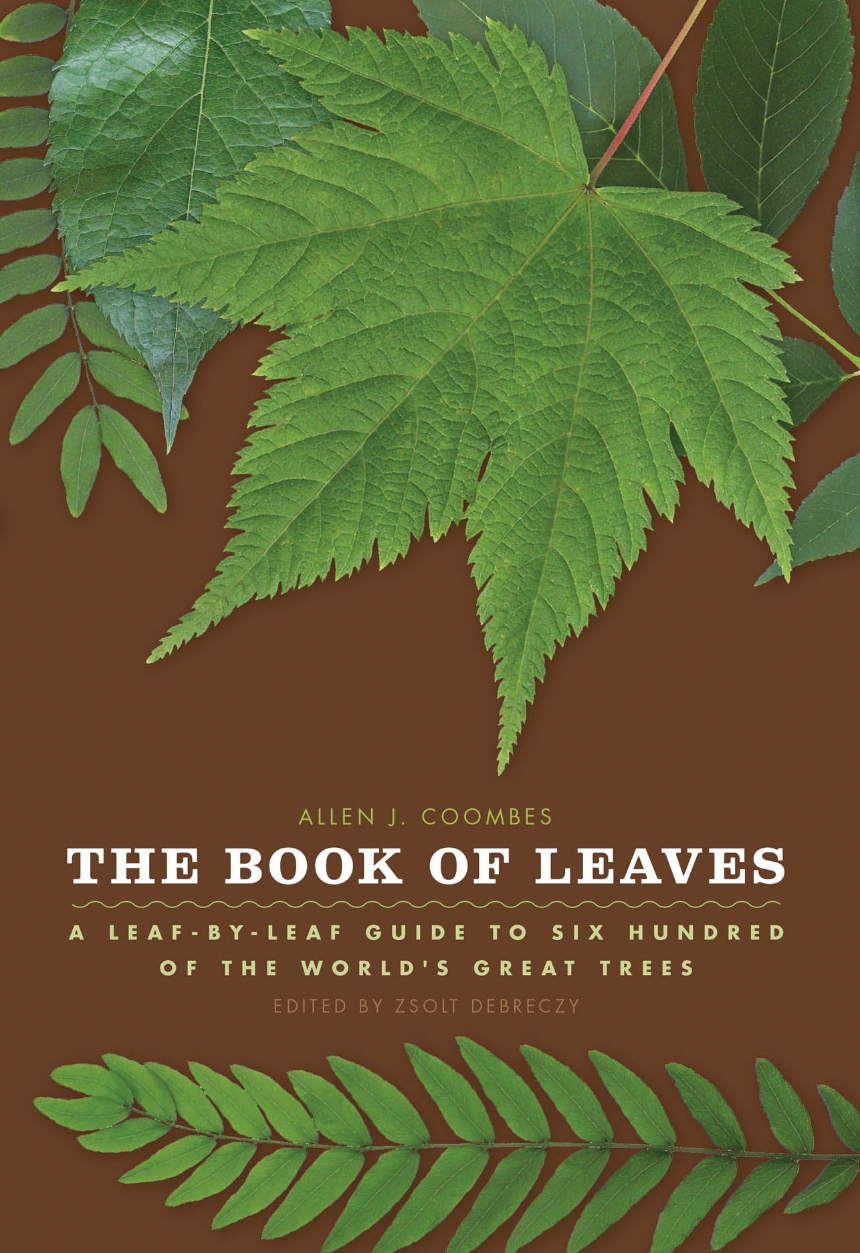 The Book of Leaves

The Book of Leaves

Of all our childhood memories, few are quite as thrilling, or as tactile, as those of climbing trees. Scampering up the rough trunk, spying on the world from the cool green shelter of the canopy, lying on a limb and looking up through the leaves at the summer sun almost made it seem as if we were made for trees, and trees for us.Even in adulthood, trees retain their power, from the refreshing way their waves of green break the monotony of a cityscape to the way their autumn transformations take our breath away.

In this lavishly illustrated volume, the trees that have enriched our lives finally get their full due, through a focus on the humble leaves that serve, in a sense, as their public face. The Book of Leaves offers a visually stunning and scientifically engaging guide to six hundred of the most impressive and beautiful leaves from around the world. Each leaf is reproduced here at its actual size, in full color, and is accompanied by an explanation of the range, distribution, abundance, and habitat of the tree on which it’s found. Brief scientific and historical accounts of each tree and related species include fun-filled facts and anecdotes that broaden its portrait.

The Henry’s Maple, for instance, found in China and named for an Irish doctor who collected leaves there, bears little initial resemblance to the statuesque maples of North America, from its diminutive stature to its unusual trifoliolate leaves. Or the Mediterranean Olive, which has been known to live for more than 1,500 years and whose short, narrow leaves only fall after two or three years, pushed out in stages by the emergence of younger leaves.

From the familiar friends of our backyards to the giants of deep woods, The Book of Leaves brings the forest to life—and to our living rooms—as never before.

"Clearly, I have lost my head and am swooning under the spell of The Book of Leaves. This big, beautiful, shiny, sumptuous, and informational volume will enhance your appreciation of the natural world, but it does something else as well. It reminds you that wonderful things are often right under your nose. . . . It needs to be spread out on a kitchen table, preferably with a couple of kids hovering nearby, so that yuo can all marvel at the colors and shapes that have been here all along, hidden in plain sight."

"Meticulously illustrated. . . . Coombes’s five-pound compendium . . . gets my vote for the book I’d be most likely to take on a hike in the woods, provided I had a pack animal.”