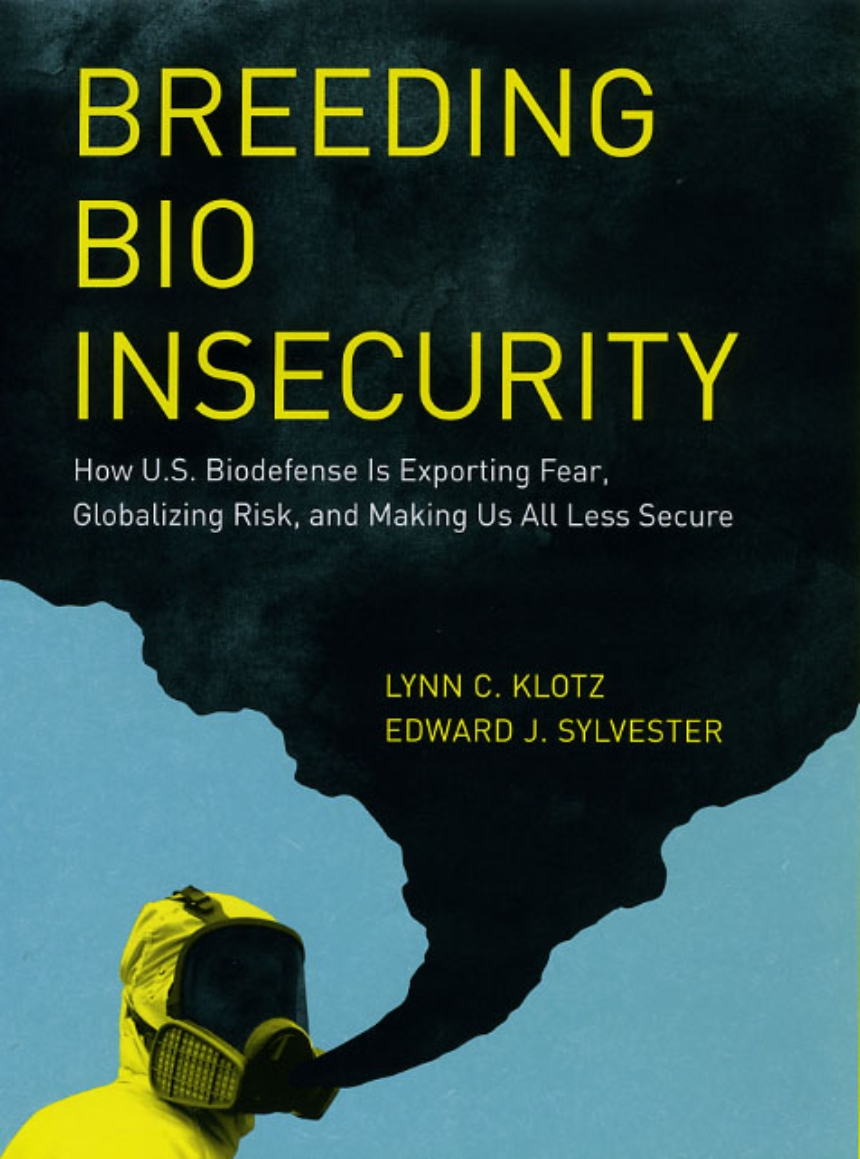 How U.S. Biodefense Is Exporting Fear, Globalizing Risk, and Making Us All Less Secure

How U.S. Biodefense Is Exporting Fear, Globalizing Risk, and Making Us All Less Secure

In the years since the 9/11 attacks—and the subsequent lethal anthrax letters—the United States has spent billions of dollars on measures to defend the population against the threat of biological weapons. But as Lynn C. Klotz and Edward J. Sylvester argue forcefully in Breeding Bio Insecurity, all that money and effort hasn’t made us any safer—in fact, it has made us more vulnerable.

Breeding Bio Insecurity reveals the mistakes made to this point and lays out the necessary steps to set us on the path toward true biosecurity. The fundamental problem with the current approach, according to the authors, is the danger caused by the sheer size and secrecy of our biodefense effort. Thousands of scientists spread throughout hundreds of locations are now working with lethal bioweapons agents—but their inability to make their work public causes suspicion among our enemies and allies alike, even as the enormous number of laboratories greatly multiplies the inherent risk of deadly accidents or theft. Meanwhile, vital public health needs go unmet because of this new biodefense focus. True biosecurity, the authors argue, will require a multipronged effort based in an understanding of the complexity of the issue, guided by scientific ethics, and watched over by a vigilant citizenry attentive to the difference between fear mongering and true analysis of risk.

An impassioned warning that never loses sight of political and scientific reality, Breeding Bio Insecurity is a crucial first step toward meeting the evolving threats of the twenty-first century.

"Klotz and Sylvester spotlight the huge sums of money invested by the U.S. government in biodefense research. Here, they claim, secrecy is having corrosive effects. They also argue that the money pouring into biodefense research is out of proportion to the level of threat. In addition, they contend, this massive investment has backfired to create more risk because now more scientists are working with dangerous pathogens, thus increasing the chances of accident, theft, and deliberate misuse. Their argument deserves serious attention."—Science

"Lynn Klotz and Edward Sylvester make a compelling case for a radical and immediate change in America’s biosecurity policy."

"The authors make a plausible and disturbing case, arguing for a reduction in the number of laboratories that are allowed to handle the most dangerous organisms, far more oversight and transparency, and greater international cooperation."

“Forceful and provocative, Breeding Bio Insecurity contends that U.S. biodefense policies generate more risk than the threat they are supposed to be addressing. By carefully spelling out their rationales, the book’s authors place the burden of justification on the defenders of massive biodefense budgets. Replete with deft arguments and imaginative scenarios, this book should be read by scientists, policy makers, and, indeed, all concerned citizens.”

Leonard Cole, author of Terror: How Israel Has Coped and What America Can Learn

“Breeding Bio Insecurity is indispensible to a full understanding of how, in the aftermath of 9/11 and the 2001 anthrax letter attacks, public dread of foreign bioterrorism was exploited to create an extravagant, unregulated, and destabilizing U.S. biodefense program. The appropriation of existing biomedical resources, the building of new and largely unnecessary high-containment laboratories, and the recruitment of thousands of scientists to conduct experiments on dangerous pathogens took place with most Americans—including political leaders—unaware of the increased risks these initiatives generated. Klotz and Sylvester’s account of what went wrong and how to fix it is civic education at its best.”

2. A Future Bright and Dark

3. A Hawk Turns to Peace, Doves Go to War

8. All Roads Must Lead to Public Health

9. Down to Grass Roots