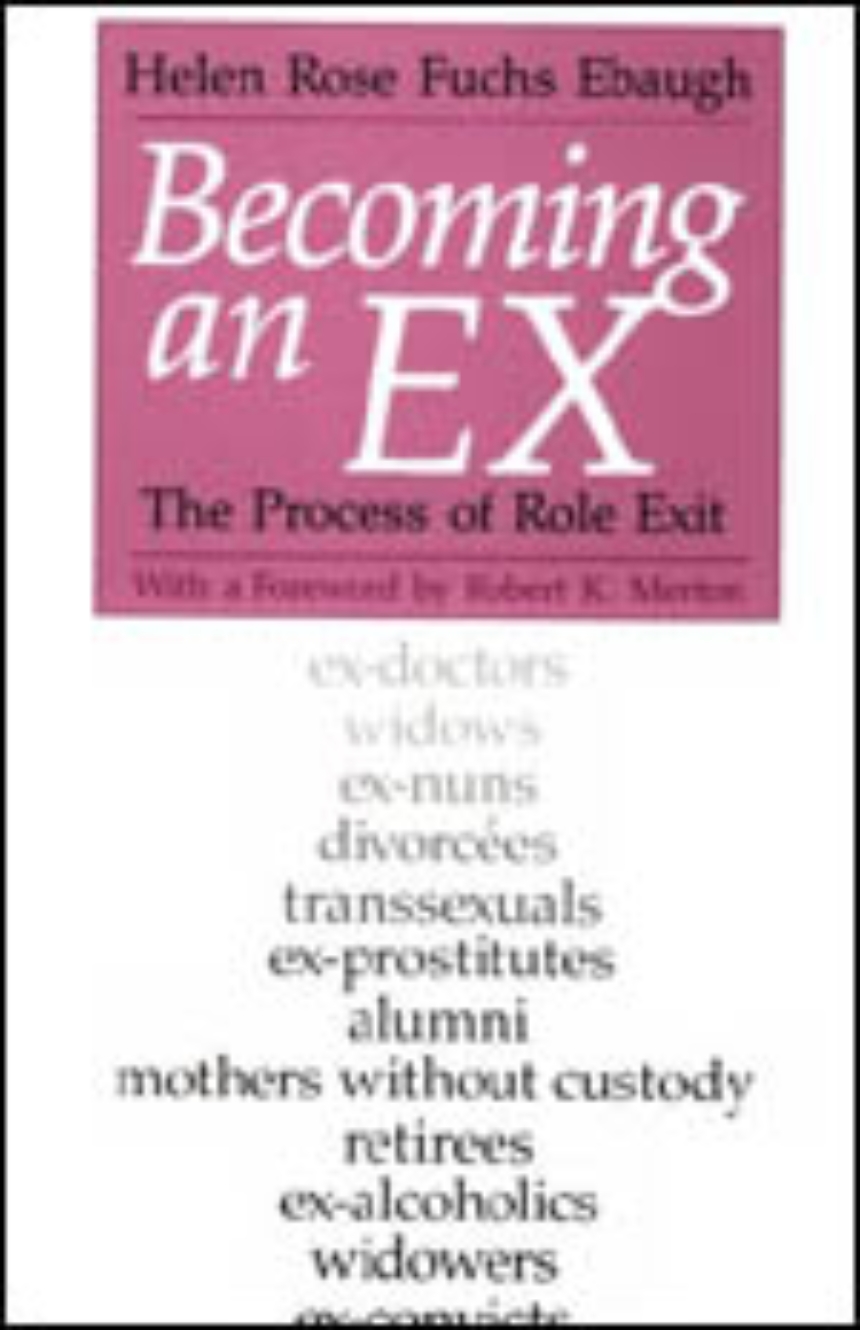 The Process of Role Exit

The Process of Role Exit

The experience of becoming an ex is common to most people in modern society. Unlike individuals in earlier cultures who usually spent their entire lives in one marriage, one career, one religion, one geographic locality, people living in today’s world tend to move in and out of many roles in the course of a lifetime. During the past decade there has been persistent interest in these "passages" or "turning points," but very little research has dealt with what it means to leave behind a major role or incorporate it into a new identity. Helen Rose Fuchs Ebaugh’s pathbreaking inquiry into the phenomenon of becoming an ex reveals the profundity of this basic aspect of establishing an identity in contemporary life.

Ebaugh is herself an ex, having left the life of a Catholic nun to become a wife, mother, and professor of sociology. Drawing on interviews with 185 people, Ebaugh explores a wide range of role changes, including ex-convicts, ex-alcoholics, divorced people, mothers without custody of their children, ex-doctors, ex-cops, retirees, ex-nuns, and—perhaps most dramatically—transsexuals. As this diverse sample reveals, Ebaugh focuses on voluntary exits from significant roles. What emerges are common stages of the role exit process—from disillusionment with a particular identity, to searching for alternative roles, to turning points that trigger a final decision to exit, and finally to the creation of an identify as an ex.

Becoming an Ex is a challenging and influential study that will be of great interest to sociologists, mental health counselors, members of self-help groups such as Alcoholics Anonymous and Parents Without Partners, those in corporate settings where turnover has widespread implications for the organization, and for anyone struggling through a role exit who is trying to establish a new sense of self.