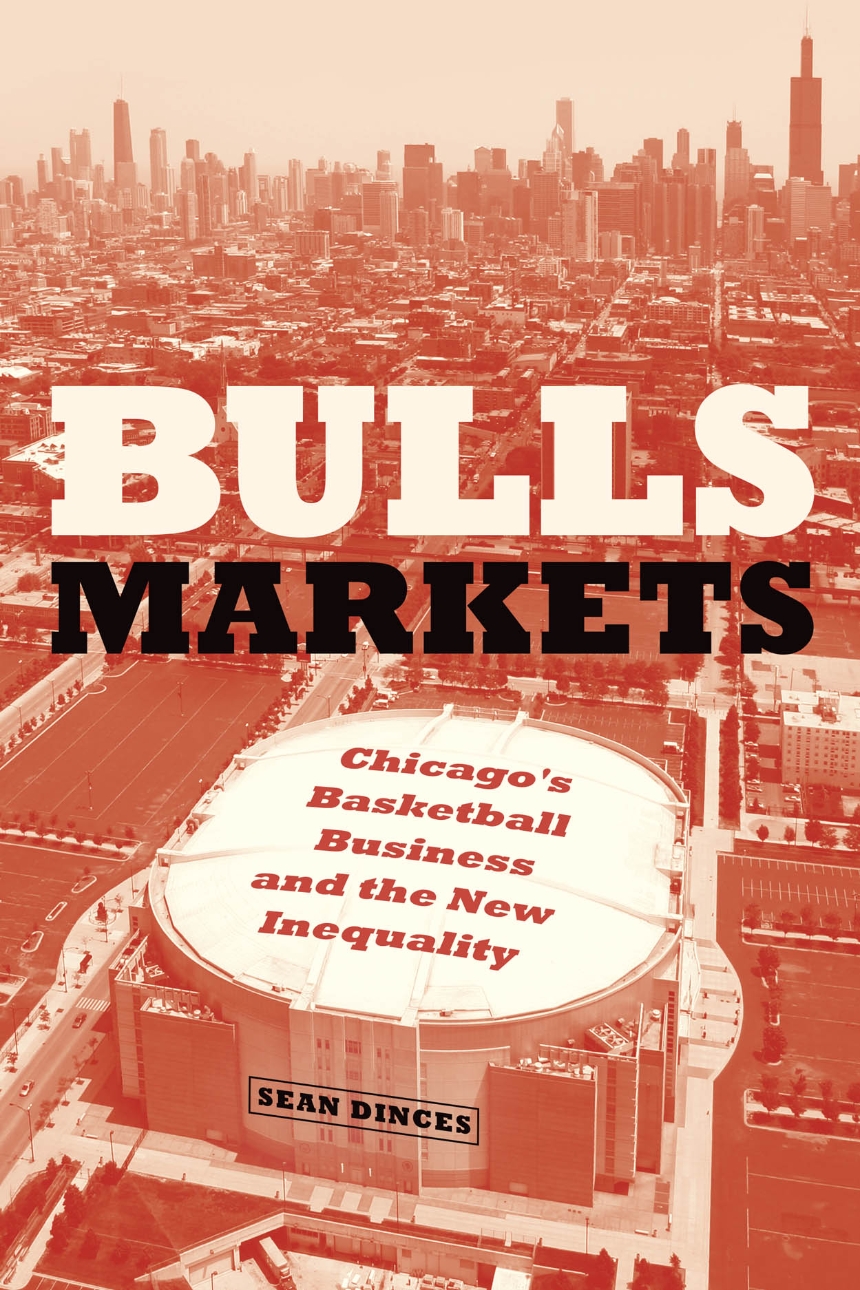 An unvarnished look at the economic and political choices that reshaped contemporary Chicago—arguably for the worse. ​

The 1990s were a glorious time for the Chicago Bulls, an age of historic championships and all-time basketball greats like Scottie Pippen and Michael Jordan. It seemed only fitting that city, county, and state officials would assist the team owners in constructing a sparkling new venue to house this incredible team that was identified worldwide with Chicago. That arena, the United Center, is the focus of Bulls Markets, an unvarnished look at the economic and political choices that forever reshaped one of America’s largest cities—arguably for the worse.

Sean Dinces shows how the construction of the United Center reveals the fundamental problems with neoliberal urban development. The pitch for building the arena was fueled by promises of private funding and equitable revitalization in a long-blighted neighborhood. However, the effort was funded in large part by municipal tax breaks that few ordinary Chicagoans knew about, and that wound up exacerbating the rising problems of gentrification and wealth stratification. In this portrait of the construction of the United Center and the urban life that developed around it, Dinces starkly depicts a pattern of inequity that has become emblematic of contemporary American cities: governments and sports franchises collude to provide amenities for the wealthy at the expense of poorer citizens, diminishing their experiences as fans and—far worse—creating an urban environment that is regulated and surveilled for the comfort and protection of that same moneyed elite.

“Highly recommended. . . This excellent book contributes to the body of work confirming that publicly subsidized sports facilities are unwise investments for taxpayers. . .  By telling the story of property tax breaks and other corporate welfare in building the United Center, Dinces reminds readers that their beloved sports teams will take advantage of an adoring public every time. The only thing left to figure out is why people allow it to happen again and again."

“Dinces effectively uses Jordan and the Bulls to analyze complicated issues surrounding the economics of professional sports in the late twentieth century. . . . Bulls Markets demonstrates how scholars can use sports as a lens to analyze important issues, such as economic inequality, that touch all Americans regardless of whether they root for the home team."

The Journal of American History

“The role of sports teams in revitalizing cities is too often taken for granted by sportswriters and urban commentators alike. In Bulls Markets, Dinces does the invaluable work of taking a no-holds-barred look at what the Michael Jordan Bulls meant to Chicago—both economically and emotionally—to determine once and for all what the city gained from a championship team, and which segment of a changing city reaped these spoils.”

“Bulls Markets is a penetrating and provocative account of the role of Michael Jordan and the championship Bulls in Chicago’s cultural and economic development. Dinces brings together a wealth of interesting research that asks important questions about the role of sports in urban growth, spatial evolution, and social inequality. Dinces’s analysis will have resonance for the citizens and politicians in many cities and should be required reading for public servants contemplating investment in sports infrastructure.”

“Bulls Markets is a terrific book: fine sports history, of course, and excellent urban history. Dinces reveals how wealthy owners hijack our beloved teams, and how politicians and league cartels do the bidding of the rich. Drilling deep into the story of the Bulls and Chicago, Dinces shows us that sports are part of the larger transformation of contemporary cities. Meticulously researched and beautifully written, this is an important book for anyone interested in urban history, politics, and economics.”

“A must-read for anyone interested in the intersections of sport, politics, and the economy.”