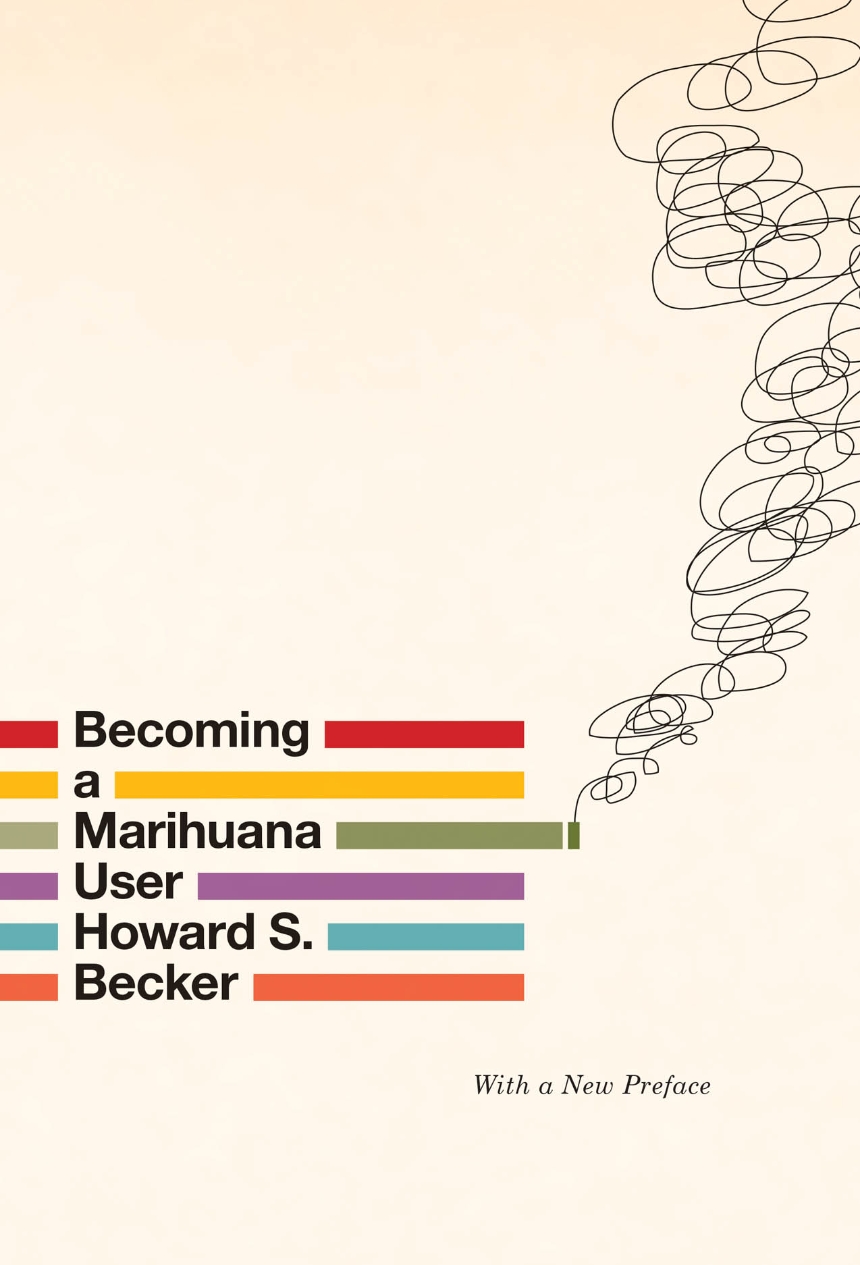 With a New Preface
OG Kush. Sour Diesel. Wax, shatter, and vapes. Marijuana has come a long way since its seedy days in the back parking lots of our culture. So has Howard S. Becker, the eminent sociologist, jazz musician, expert on “deviant” culture, and founding NORML board member. When he published Becoming a Marihuana User more than sixty years ago, hardly anyone paid attention—because few people smoked pot. Decades of Cheech and Chong films, Grateful Dead shows, and Cannabis Cups later, and it’s clear—marijuana isn’t just an established commodity, it’s an entire culture. And that’s just the thing—Becker totally called it: pot has everything to do with culture. It’s not a blight on culture, but a culture itself—in fact, you’ll see in this book the first use of the term “users,” rather than “abusers” or “addicts.” Come along on this short little study—now a famous timestamp in weed studies—and you will be astonished at how relevant it is to us today.

Becker doesn’t judge, but neither does he holler for legalization, tell you how to grow it in a hollowed-out dresser, or anything else like that for which there are plenty of other books you can buy. Instead, he looks at marijuana with a clear sociological lens—as a substance that some people enjoy, and that some others have decided none of us should. From there he asks: so how do people decide to get high, and what kind of experience do they have as a result of being part of the marijuana world? What he discovers will bother some, especially those who proselytize the irrefutably stunning effects of the latest strain: chemistry isn’t everything—the important thing about pot is how we interact with it. We learn to be high. We learn to like it. And from there, we teach others, passing the pipe in a circle that begins to resemble a bona fide community, defined by shared norms, values, and definitions just like any other community.

All throughout this book, you’ll see the intimate moments when this transformation takes place. You’ll see people doing it for the first time and those with considerable experience. You’ll see the early signs of the truths that have come to define the marijuana experience: that you probably won’t get high at first, that you have to hold the hit in, and that there are other people here who are going to smoke that, too.

“Becker’s classic essay Becoming a Marihuana User still sparkles with insight all these years after its original publication. The idea that one has to learn to be high on cannabis, that the highs users report are not intrinsic and automatic effects of the drug, was completely novel. It is consistent with the observations and experiments of many subsequent researchers who have concluded that effects of psychoactive drugs result from interactions of pharmacology, expectation (set), and environment (setting). Becker was also the first expert to talk about marijuana use, when everyone else called all consumption of the drug ‘abuse.’

At present, our society is moving, with many bumps and stops, toward total acceptance of marijuana, as both a medical and recreational drug, not to mention a source of superior fiber, a highly nutritious oil, and new foods. In writing Becoming a Marihuana User, Becker pointed the way toward a more enlightened, rational view of cannabis. I could not be more pleased to see his wise words republished.”

“A sort of Richard Feynman of the social sciences, notable for his street smarts, his informal manner, and his breezy, pungent prose style—a Northwestern professor who was just as at home playing piano in saloons. . . . A Beckerian analysis of a social ‘world’ asks how, in any culture or subculture, someone comes to be called an insider while someone else gets pushed outside. Simple as it is, this approach has proved immensely influential in the study of everything from drug addiction to queer theory. . . . The influence of Becker’s early work remains profound.”