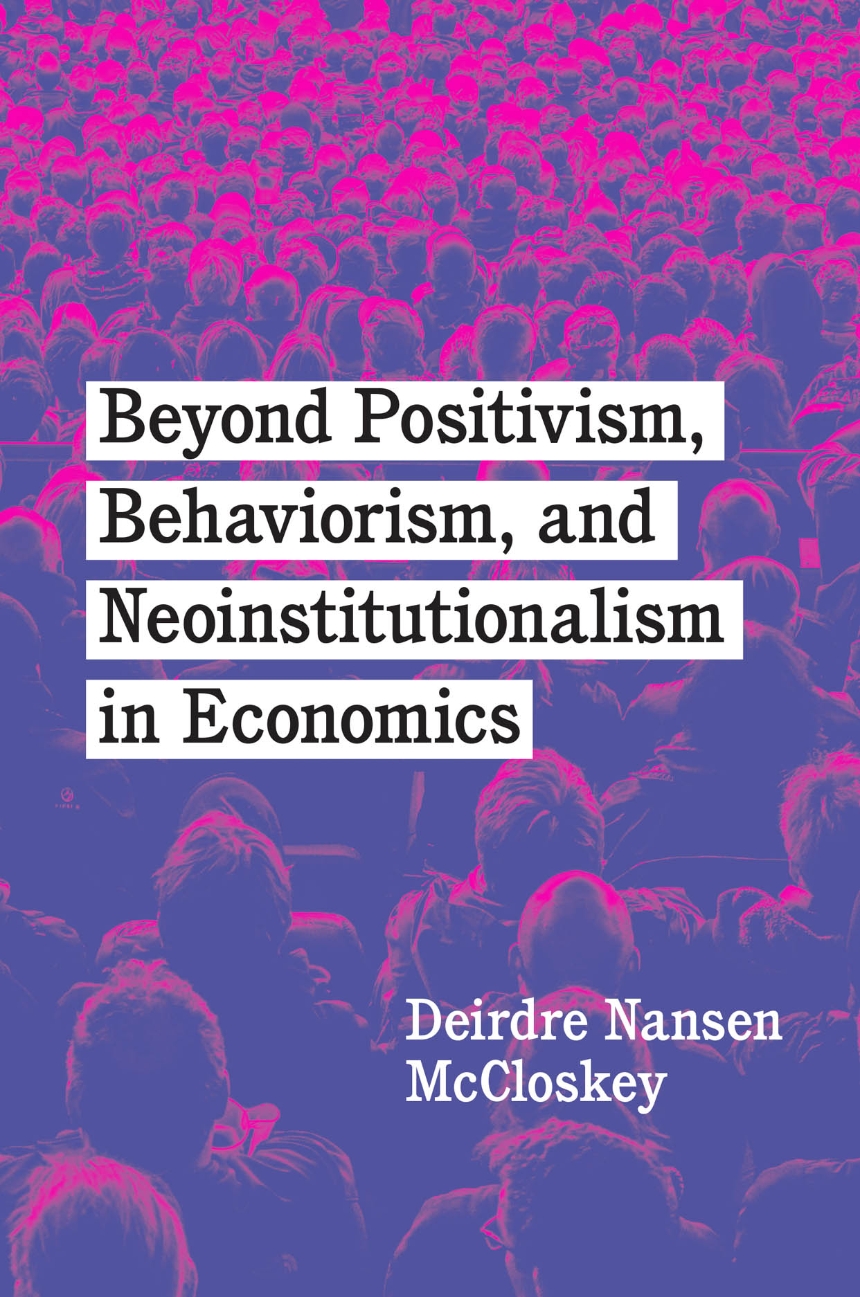 Beyond Positivism, Behaviorism, and Neoinstitutionalism in Economics

Beyond Positivism, Behaviorism, and Neoinstitutionalism in Economics

A penetrating analysis from one of the defining voices of contemporary economics.

In Beyond Positivism, Behaviorism, and Neoinstitutionalism in Economics, Deirdre Nansen McCloskey zeroes in on the authoritarian cast of recent economics, arguing for a re-focusing on the liberated human. The behaviorist positivism fashionable in the field since the 1930s treats people from the outside. It yielded in Williamson and North a manipulative neo-institutionalism. McCloskey argues that institutions as causes are mainly temporary and intermediate, not ultimate. They are human-made, depending on words, myth, ethics, ideology, history, identity, professionalism, gossip, movies, what your mother taught you.  Humans create conversations as they go, in the economy as in the rest of life.

In engaging and erudite prose, McCloskey exhibits in detail the scientific failures of neo-institutionalism. She proposes a “humanomics,” an economics with the humans left in.  Humanomics keeps theory, quantification, experiment, mathematics, econometrics, though insisting on more true rigor than is usual. It adds what can be learned about the economy from history, philosophy, literature, and all the sciences of humans. McCloskey reaffirms the durability of “market-tested innovation” against the imagined imperfections to be corrected by a perfect government. With her trademark zeal and incisive wit, she rebuilds the foundations of economics.

"A compact discussion of some crucial issues economists should be contemplating."

"Beyond Positivism [presents] a criticism and reshaping of economic thought that departs from neoinstitutionalism and other non-'humanomical' movements, promoting the ethics of liberalism as the ideal foundation for an adequate economic science."

“The manuscript is a collection of writings for various forums, many reviews of others and many replies to critics. One unifying theme is a critique of neoinstitutional economics. But yet another theme is a defense of the bourgeois trilogy against its critics. This book is well worth a read.”

“This new book deepens the continuing conversation in Humanomics. It’s essentially about discovering Adam Smith and resuming a path that McCloskey has so magnificently helped to reinvigorate in the last half century.”

Introduction The Argument in Brief

Part I. Economics Is in Scientific Trouble
Chapter 1. An Antique, Unethical, and Badly Measured Behaviorism Doesn’t Yield Good Economic Science or Good Politics
Chapter 2. Economics Needs to Get Serious about Measuring the Economy
Chapter 3. The Number of Unmeasured “Imperfections” Is Embarrassingly Long
Chapter 4. Historical Economics Can Measure Them, Showing Them to Be Small
Chapter 5. The Worst of Orthodox Positivism Lacks Ethics and Measurement