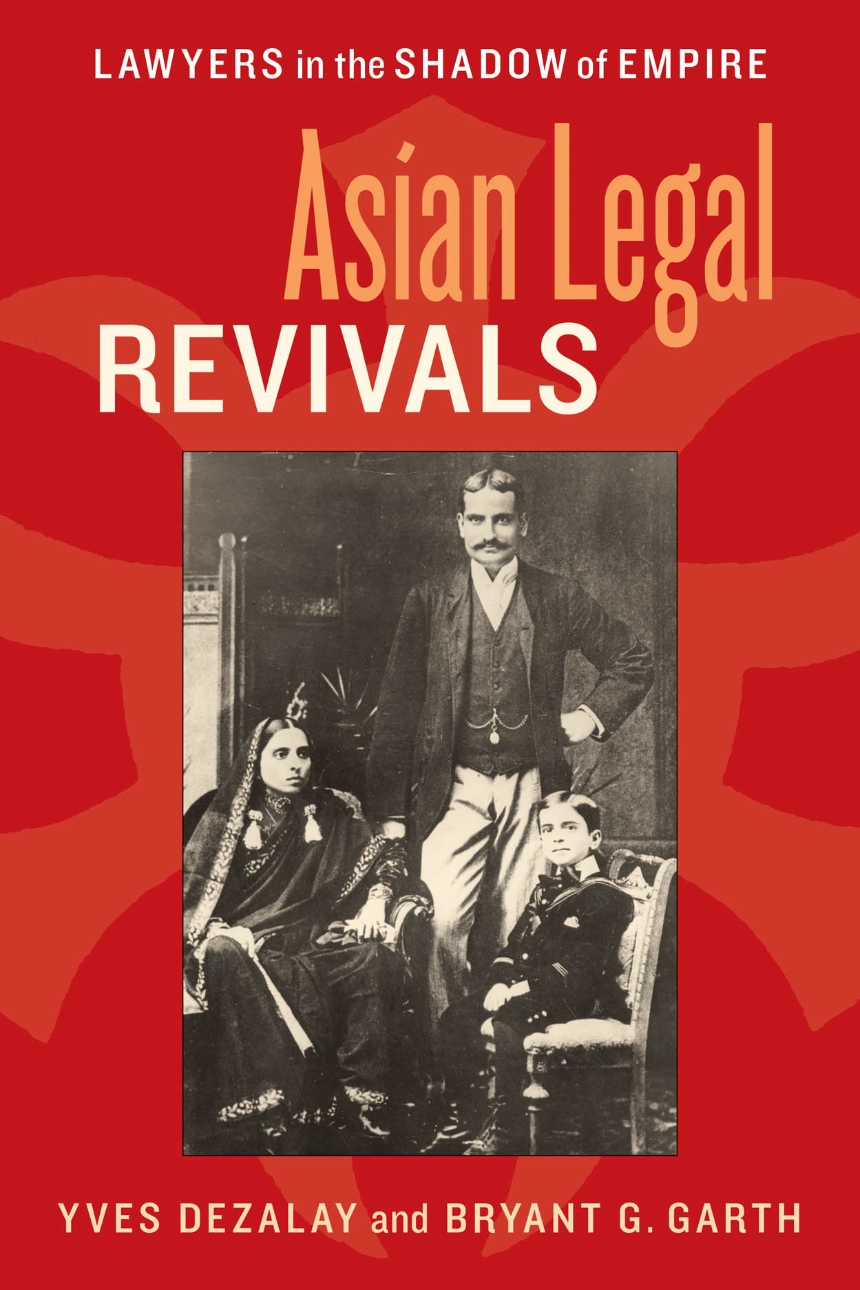 Lawyers in the Shadow of Empire

Lawyers in the Shadow of Empire

More than a decade ago, before globalization became a buzzword, Yves Dezalay and Bryant G. Garth established themselves as leading analysts of how that process has shaped the legal profession. Drawing upon the insights of Pierre Bourdieu, Asian Legal Revivals explores the increasing importance of the positions of the law and lawyers in South and Southeast Asia.

Dezalay and Garth argue that the current situation in many Asian countries can only be fully understood by looking to their differing colonial experiences—and in considering how those experiences have laid the foundation for those societies’ legal profession today. Deftly tracing the transformation of the relationship between law and state into different colonial settings, the authors show how nationalist legal elites in countries such as India, Indonesia, Malaysia, the Philippines, Singapore, and South Korea came to wield political power as agents in the move toward national independence. Including fieldwork from over 350 interviews, Asian Legal Revivals illuminates the more recent past and present of these legally changing nations and explains the profession’s recent revival of influence, as spurred on by American geopolitical and legal interests.

“Asian Legal Revivals makes an innovative and significant contribution to the field of law and society scholarship. It is empirically ambitious, combining attention to detail in the study of individual nations with a deep understanding of the ways in which former colonial powers shaped law, lawyers, and politics in this part of the world, as well as the ways in which they were later shaped by U.S. geopolitical and economic interests. This book and its largeness of understanding and exceptional vision will establish a new benchmark and will quickly become essential reading.”

“Well written in a clear and engaging style, Asian Legal Revivals is a timely, original, and engaging contribution to legal studies. Yves Dezalay and Bryant G. Garth offer a rich and compelling account of the role of lawyers as both servants to—and sometimes overseers of—emerging nation-states. By telling the story of the revival of law in postcolonial Asia, the authors signal a collective awakening to the importance of the reemergence of the Asian legal field—as an industry, as a political enterprise, and as a tool for reshaping governance. Employing a wide range of new scholarly accounts of the countries in focus and including a pathbreaking amount of interview data, this book will certainly attract attention from scholars and graduate students in sociolegal studies and political science throughout the world, and it will be read widely by legal scholars and practitioners in Asia and the United States.”

“In Asian Legal Revivals, Yves Dezalay and Bryant Garth turn their powerful Bourdieuian analytic lens to a new region of the world. Their story traces how particular groups seek to advance law as a legitimating device, succeeding to various degrees in different Asian post-colonial contexts. Throughout, they emphasize the dual nature of law, the so-called ‘double game’ in which law both serves empire and facilitates resistance to it. . . . The book provides an important lens that helps make sense of distinct developments in particular times and places.”

“There is much in Asian Legal Revivals that is highly laudable. Until fairly recently, legal professionals in Asia have received far too little academic attention—notwithstanding the fact that India, for instance, now has the world’s second largest bar in absolute or that China’s bar, over the past three decades, has grown at a far faster clip than that of any other large nation. Asian Legal Revivals ambitiously speaks to this lacuna, exploring the colonial roots, subsequent development, and contemporary situation of the elite legal profession in Hong Kong, India, Indonesia, (South) Korea, Malaysia, the Philippines, and Singapore.”

Chapter 1. Introduction: Studying Law and Lawyers in Asia
PART I . Introduction: Geneses of Law and State in Europe and Their Relationship to Colonial Ventures Abroad
Chapter 2. European Geneses: Models of Law and State Power
Chapter 3. Expatriates and Traders in Early Colonial State Building in Asia
Chapter 4. Lawyers and the Construction of U.S. “Anti-Imperialist” Imperialism and a Foreign Policy Elite
PART II. Strategies for Constructing Legal Professions and Producing New State Elites
Chapter 5. The British Empire and the Indian Raj: A Legal Elite from Colonial Co-optation to State Independence
Chapter 6. The American Empire in the Philippines: Building a State and a Legal Elite in the U.S. Image
Chapter 7. Indonesia, Malaysia, and Singapore: Late and Relatively Weak Colonial Legal Investment Converted into State Leadership. Korea as a Different Model of Weakness
PART III. Turf Battles of the Cold War: Lawyer-Politicians Challenged by Technocrats as Modernizers
Chapter 8. Indonesia and South Korea: Marginalizing Legal Elites and Empowering Economists
Chapter 9. The Philippines and Singapore: Lawyers and the Construction of Authoritarian Regimes
Chapter 10. India and Malaysia: Resistance of the Legal Elite to Marginalization by Authoritarian Developmental States
PART IV. Merchants of Law as Moral Entrepreneurs
Chapter 11. Lawyers as Political Champions against Authoritarianism: Relative Successes Exemplifi ed by the Philippines and India
Chapter 12. Lawyers as Political Champions against Authoritarianism: Relative Failures in Malaysia, Singapore, and Hong Kong
Chapter 13. Corporate Compradors Doubling as Sponsors of a New Generation of Social Justice Entrepreneurs: Indonesia, Philippines, India, and South Korea
Chapter 14. Political Investment and the Construction of Legal Markets: Legal, Social, and International Capital in Asian Legal Revivals
Works Cited
Index
Back to top