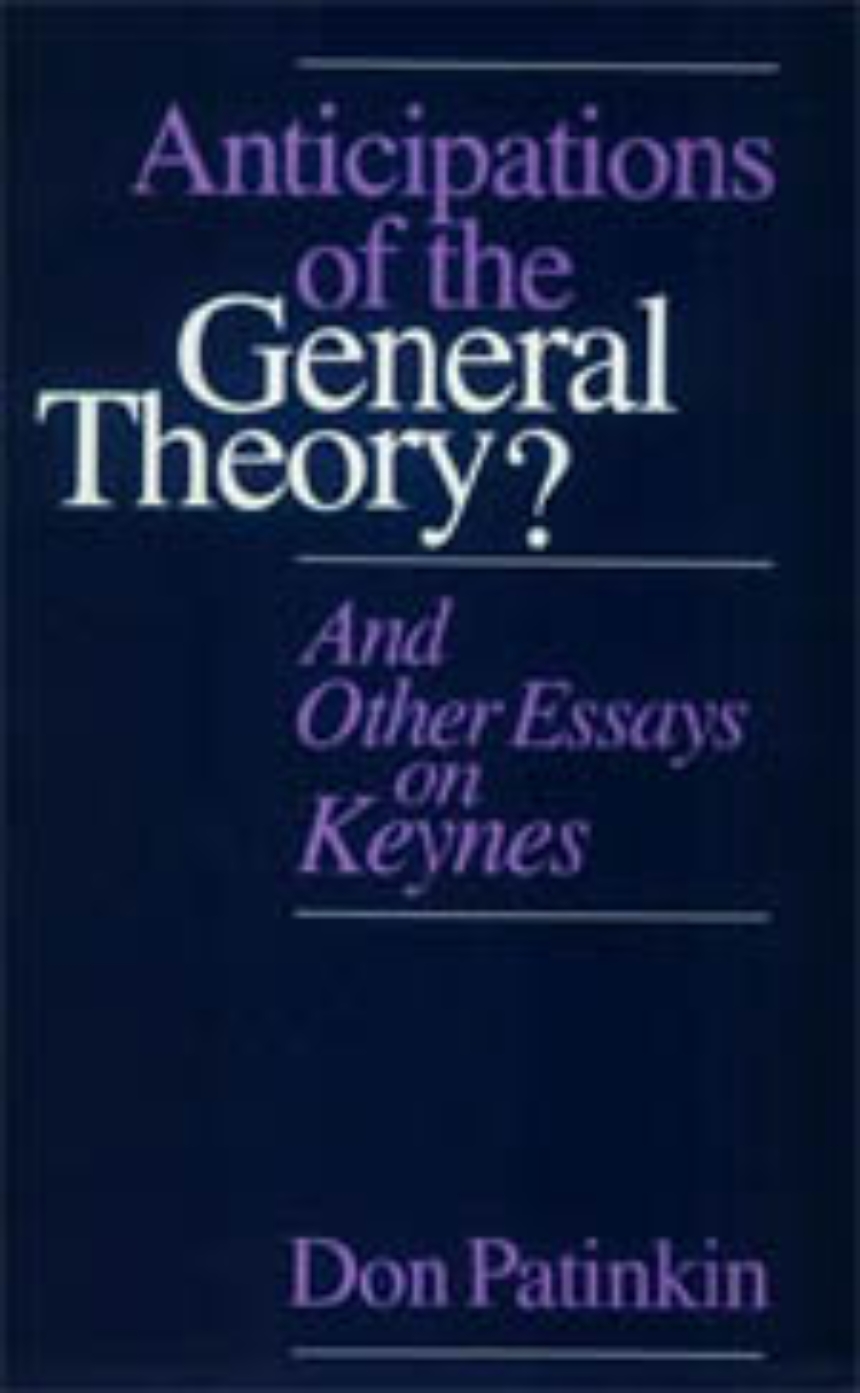 Anticipations of the General Theory?

And Other Essays on Keynes

Anticipations of the General Theory?

And Other Essays on Keynes

This book examines the much-debated question of whether John Maynard Keynes’ greatest work—The General Theory of Employment Interest and Money—was an instance of Mertonian simultaneous scientific discovery. In part I of this study, Don Patinkin argues for Keynes’ originality, rejecting the claims of the Stockholm school and the Polish economist Michal Kalecki. Patinkin shows that the theoretical problems to which the Stockholm school and Kalecki devoted their attention largely differed from those of the General Theory and that, even when the problem addressed was similar, the treatment they accorded it was not part of their central messages. In the remaining parts of the book Patinkin presents a critique of Keynes’ theory of effective demand and discusses Keynes’ monetary theory and policy thinking, as well as the relationship between the respective developments of Keynesian theory and national income accounting in the 1930s.