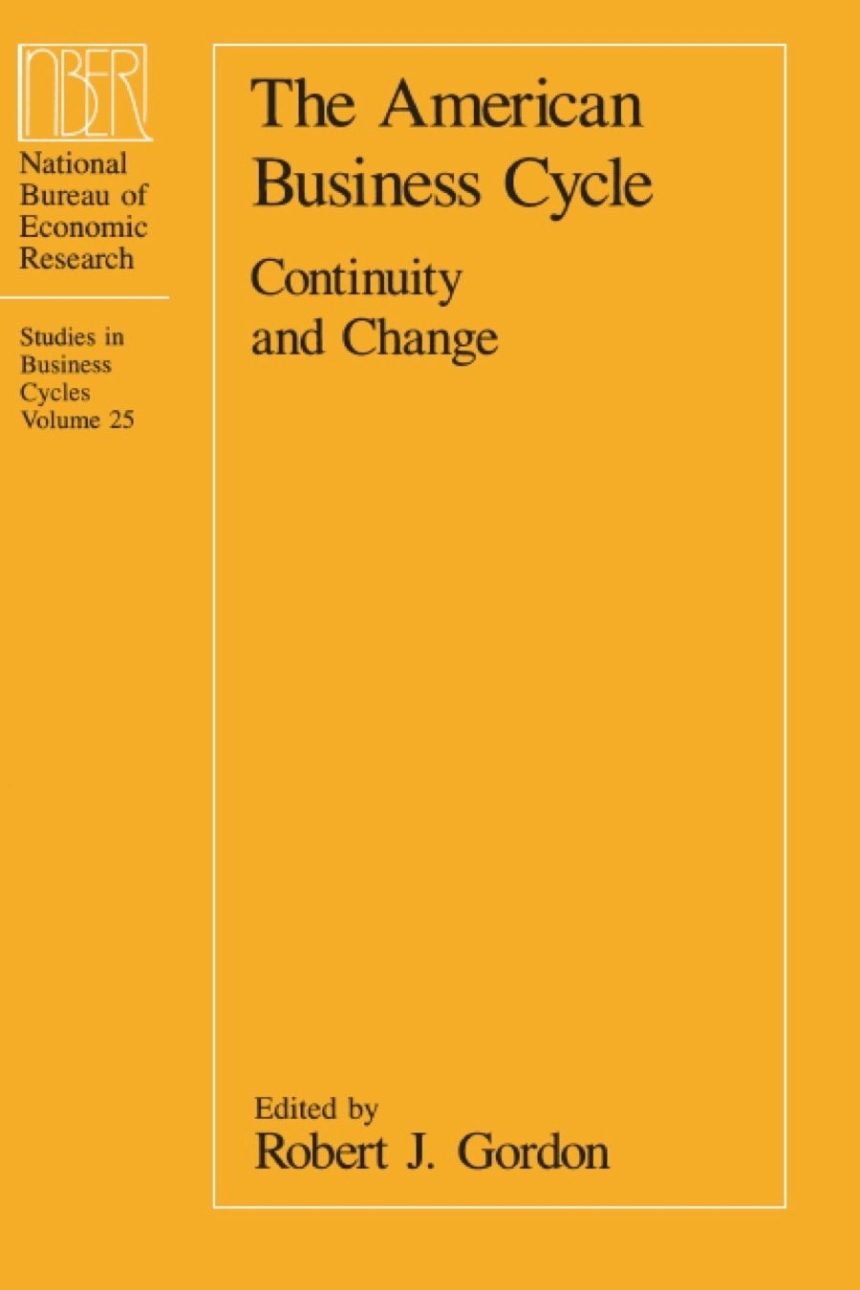 In recent decades the American economy has experienced the worst peace-time inflation in its history and the highest unemployment rate since the Great Depression. These circumstances have prompted renewed interest in the concept of business cycles, which Joseph Schumpeter suggested are "like the beat of the heart, of the essence of the organism that displays them."

In The American Business Cycle, some of the most prominent macroeconomics in the United States focuses on the questions, To what extent are business cycles propelled by external shocks? How have post-1946 cycles differed from earlier cycles? And, what are the major factors that contribute to business cycles? They extend their investigation in some areas as far back as 1875 to afford a deeper understanding of both economic history and the most recent economic fluctuations.