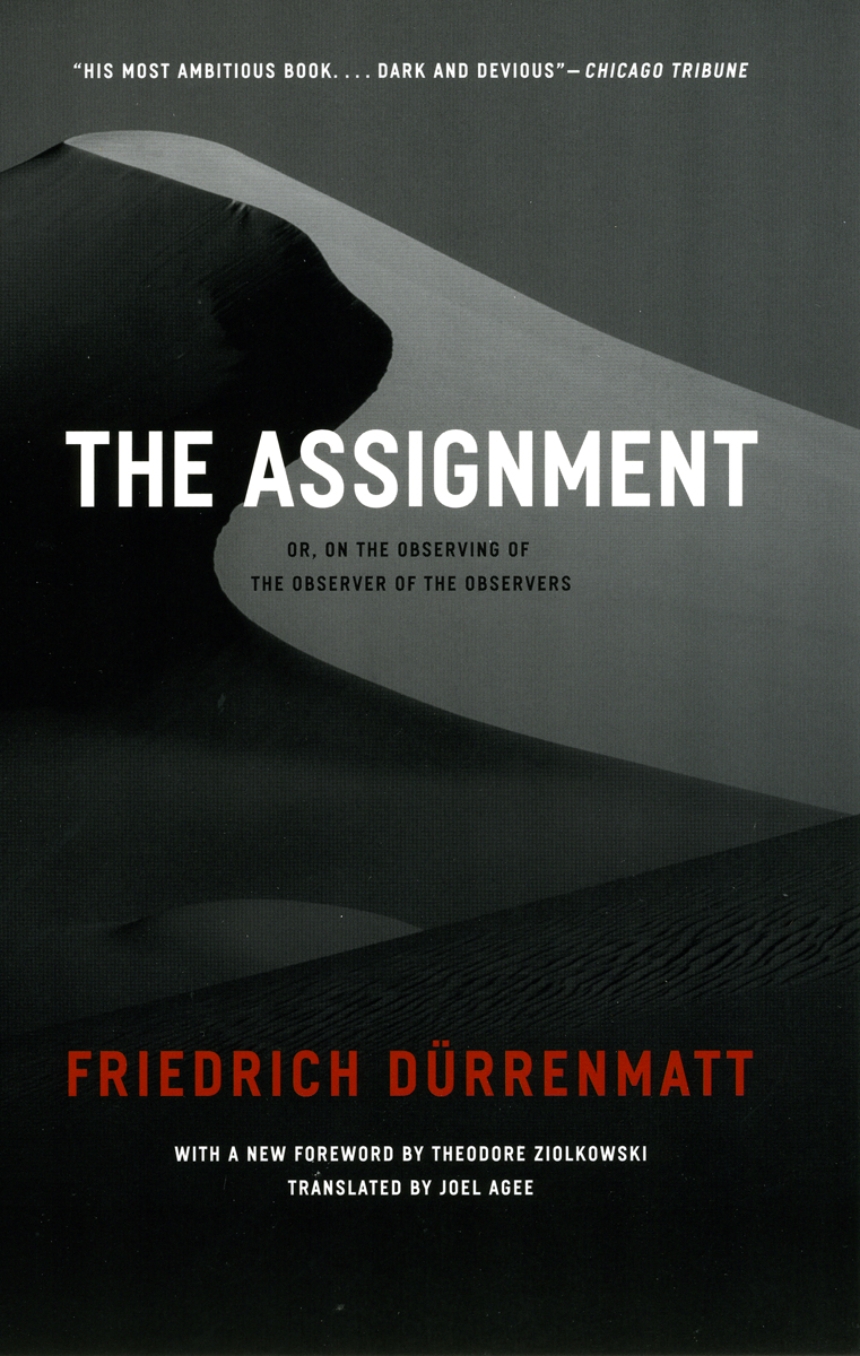 Translated by Joel Agee
With a new Foreword by Theodore Ziolkowski
In Friedrich Dürrenmatt’s experimental thriller The Assignment, the wife of a psychiatrist has been raped and killed near a desert ruin in North Africa. Her husband hires a woman named F. to reconstruct the unsolved crime in a documentary film. F. is soon unwittingly thrust into a paranoid world of international espionage where everyone is watched—including the watchers. After discovering a recent photograph of the supposed murder victim happily reunited with her husband, F. becomes trapped in an apocalyptic landscape riddled with political intrigue, crimes of mistaken identity, and terrorism.
F.’s labyrinthine quest for the truth is Dürrenmatt’s fictionalized warning against the dangers of a technologically advanced society that turns everyday life into one of constant scrutiny. Joel Agee’s elegant translation will introduce a fresh generation of English-speaking readers to one of European literature’s masters of language, suspense, and dystopia.

“The narrative is accelerated from the start. . . . As the novella builds to its horripilating climax, we realize the extent to which all values have thereby been inverted. The Assignment is a parable of hell for an age consumed by images.”—New York Times Book Review

“His most ambitious book . . . dark and devious . . . almost obsessively drawn to mankind’s most fiendish crimes.”—Chicago Tribune

“Reading Dürrenmatt’s work leaves us with the impression of having witnessed the creation and then the explosion of a small galaxy. The light continues to reach us long after closing his books.”

“A parable of hell for an age consumed by images.”

“His most ambitious book . . . dark and devious . . . almost obsessively drawn to mankind’s most fiendish crimes.”

“Mystery readers should be grateful to the University of Chicago Press for bringing these gems back to life.”

“[Dürrenmatt] doesn’t so much alter the rules as sweep all the figures to the floor.”

"Sui generis, a late-modernist legend that pushes past the usual conceptions of self and society and finds a whole new way of rendering disturbance."