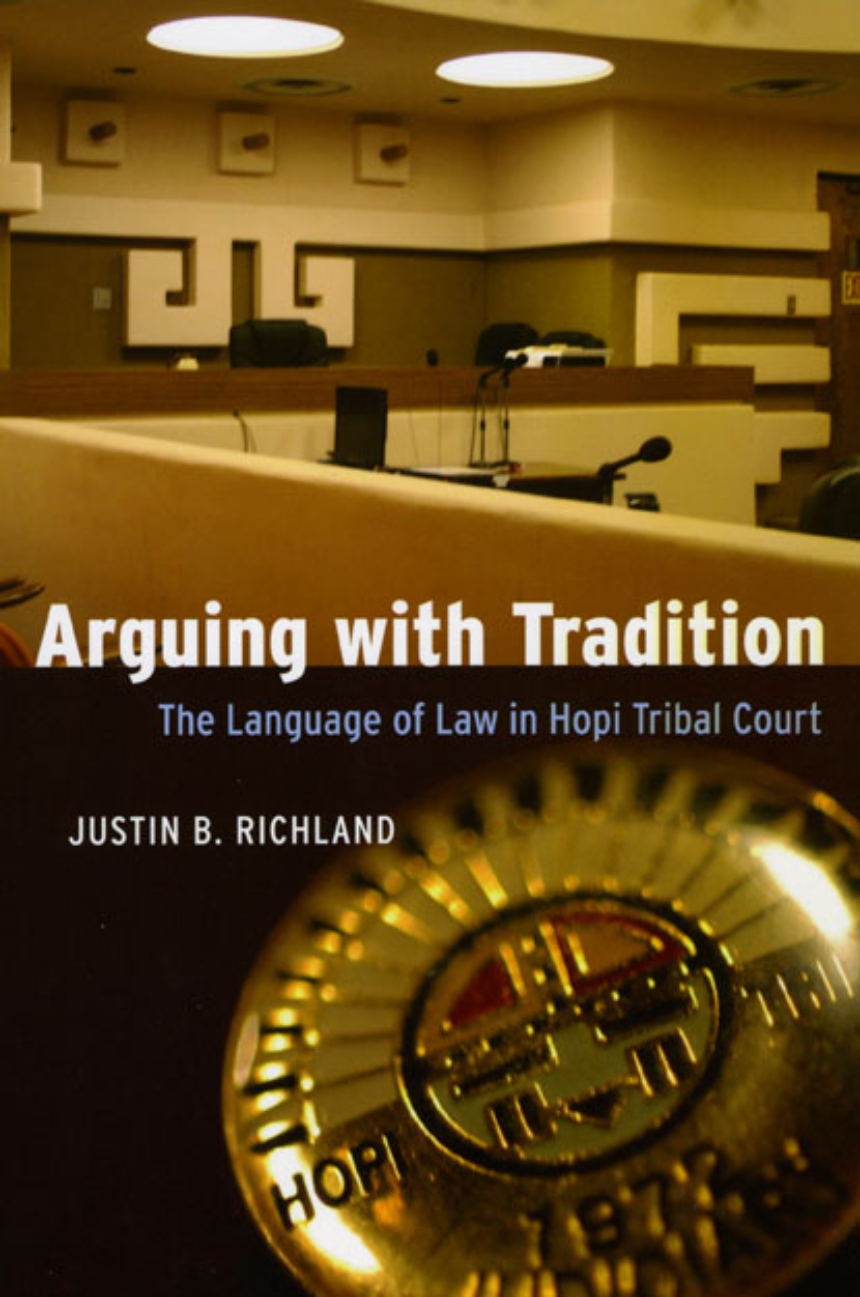 The Language of Law in Hopi Tribal Court

The Language of Law in Hopi Tribal Court

Arguing with Tradition is the first book to explore language and interaction within a contemporary Native American legal system. Grounded in Justin Richland’s extensive field research on the Hopi Indian Nation of northeastern Arizona—on whose appellate court he now serves as Justice Pro Tempore—this innovative work explains how Hopi notions of tradition and culture shape and are shaped by the processes of Hopi jurisprudence.

Like many indigenous legal institutions across North America, the Hopi Tribal Court was created in the image of Anglo-American-style law. But Richland shows that in recent years, Hopi jurists and litigants have called for their courts to develop a jurisprudence that better reflects Hopi culture and traditions. Providing unprecedented insights into the Hopi and English courtroom interactions through which this conflict plays out, Richland argues that tensions between the language of Anglo-style law and Hopi tradition both drive Hopi jurisprudence and make it unique. Ultimately, Richland’s analyses of the language of Hopi law offer a fresh approach to the cultural politics that influence indigenous legal and governmental practices worldwide.

"[Richland] is committed to the basic idea that social realities are created in and through the process of face-to-face interaction. At the same time, he also draws on recent developments in linguistic anthropological analysis of language ideologies and semiotics in ways that alter our perspectives on legal discourse. . . . This is a terrific book. it is accessible to undergraduate and advanced scholar alike. And it can be used to adress a wide range of issues in sociolinguistic and anthropological scholarship in both teaching and research."

4 “He could not speak Hopi. . . . That puzzle— puzzled me”: The  Pragmatic Paradoxes of Hopi Tradition in Court
Paradox in the Pragmatics of Language and Law
Discourses of Cultural Difference in Hopi Court
Iterations of Indigeneity in a Hopi Court Hearing
Conclusion