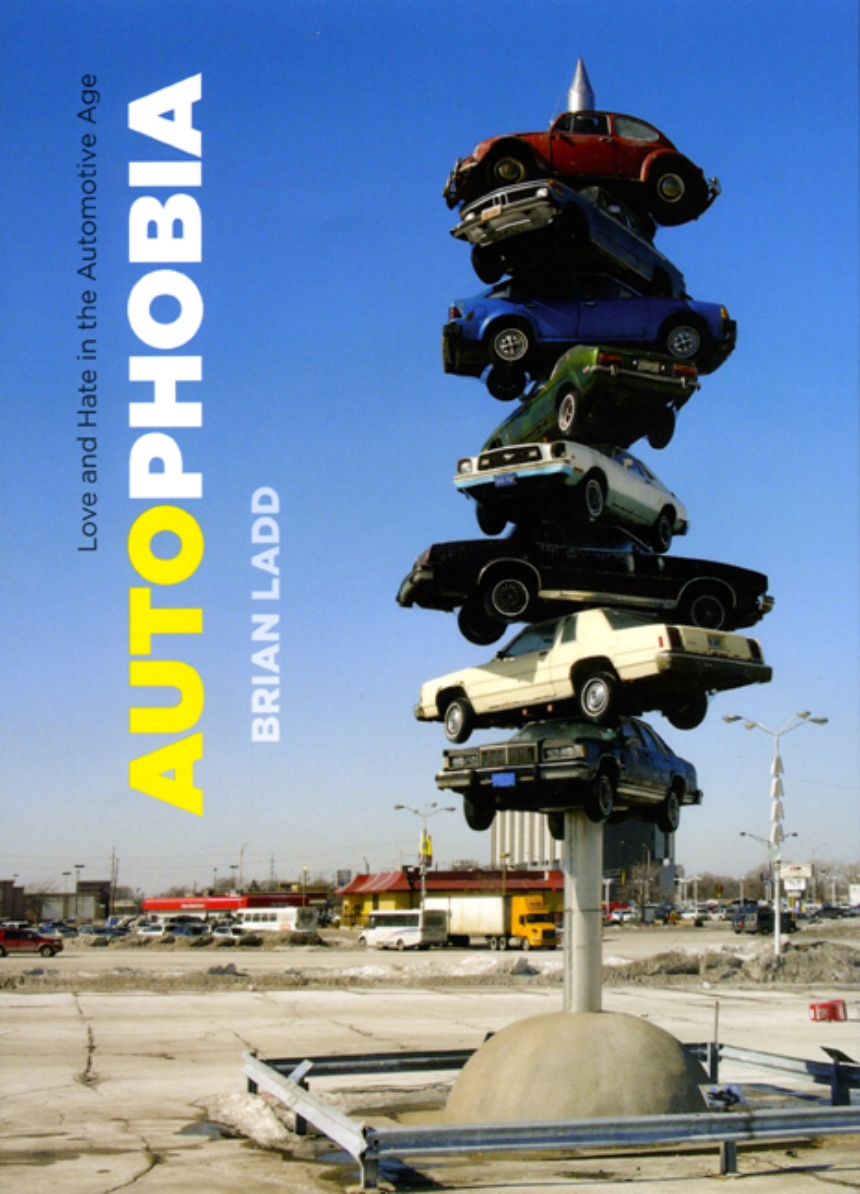 Love and Hate in the Automotive Age

Love and Hate in the Automotive Age

Cars are the scourge of civilization, responsible for everything from suburban sprawl and urban decay to environmental devastation and rampant climate change—not to mention our slavish dependence on foreign oil from dubious sources abroad. Add the astonishing price in human lives that we pay for our automobility—some thirty million people were killed in car accidents during the twentieth century—plus the countless number of hours we waste in gridlock traffic commuting to work, running errands, picking up our kids, and searching for parking, and one can’t help but ask: Haven’t we had enough already? After a century behind the wheel, could we be reaching the end of the automotive age?
From the Model T to the SUV, Autophobia reveals that our vexed relationship with the automobile is nothing new—in fact, debates over whether cars are forces of good or evil in our world have raged for over a century now, ever since the automobile was invented. According to Brian Ladd, this love and hate relationship we share with our cars is the defining quality of the automotive age. And everyone has an opinion about them, from the industry shills, oil barons, and radical libertarians who offer cars blithe paeans and deny their ill effects, to the technophobes, treehuggers, and killjoys who curse cars, ignoring the very real freedoms and benefits they provide us. Focusing in particular on our world’s cities, and spanning settings as varied as belle epoque Paris, Nazi Germany, postwar London, Los Angeles, New York, and the smoggy Shanghai of today, Ladd explores this love and hate relationship throughout, acknowledging adherents and detractors of the automobile alike.
Eisenhower, Hitler, Jan and Dean, J. G. Ballard, Ralph Nader, OPEC, and, of course, cars, all come into play in this wide-ranging but remarkably wry and pithy book. A dazzling display of erudition, Autophobia is cultural commentary at its most compelling, history at its most searching—and a surprising page-turner.

Read an  excerpt and listen to an audio interview. An audiobook version is available.

“For most of its history, as Brian Ladd points out in this fascinating account, critiquing the automobile has been a useless exercise—it rolled on over all opposition. But this year—when Americans are suddenly parking their gas guzzlers and lining up for the bus—is the right year to read this book, and to try and figure out what our century-long affair with the car says about us and about our future.”

"Increases in oil prices have driven gasoline costs into the psyche of every American. Ladd documents a century of expanding U.S. reliance on vehicles powered by oil, most of which has to be imported. He frames his analysis in familiar concepts: the automotive industry as employer, urban migration from cities by families relying on automobiles for transportation, traffic/congestion/roadways, and damage to the environment from burning fossil fuels. Several of these themes have been explored recently, e.g., in Tom Vanderbilt’s Traffic, Paul Roberts’s The End of Oil, Tim Falconer’s Drive, and James Howard Kunstler’s The Long Emergency. Ladd sets his work apart by showing how the car is completely woven into the fabric of our cultural and economic history. As such, he writes, we have accepted the dark side of the automobile—pollution, congestion, high energy costs, and accidental loss of life—in exchange for personal mobility. His pessimistic forecast sees increases in automobile use even as energy prices continue to climb."

"The work of Autophobia is precisely about looking again at what has been said, by whom and for what reason, and why none of the voluminous critiques of the car—by any number of estimable figures—seem to have much mattered. [Ladd] does this with equanimity and scholarly aplomb (particularly on the European response to motorization), and for a slender volume, this book has a lot under the hood."—Tom Vanderbilt, New York Times Book Review

"[Ladd looks] at what has been said, by whom and for what reason, and why none of the voluminous critiques of the car seem to have much mattered. He does this with equanimity and scholarly aplomb . . . and for a slender volume, this book has a lot under the hood."

"Although most histories of the automobile discuss problems and critics, no work to date has made criticism its central focus, making Autophobia a welcome contribution to the literature. No car lover, Ladd does a laudable job presenting the views of the automobile’s proponents as well. But the book’s great strength is its multinational scope."

3. Cities in Motion: The Car in the City

4. Freeway Revolts: The Curse of Mobility

5. The End of the Automotive Age—or Not