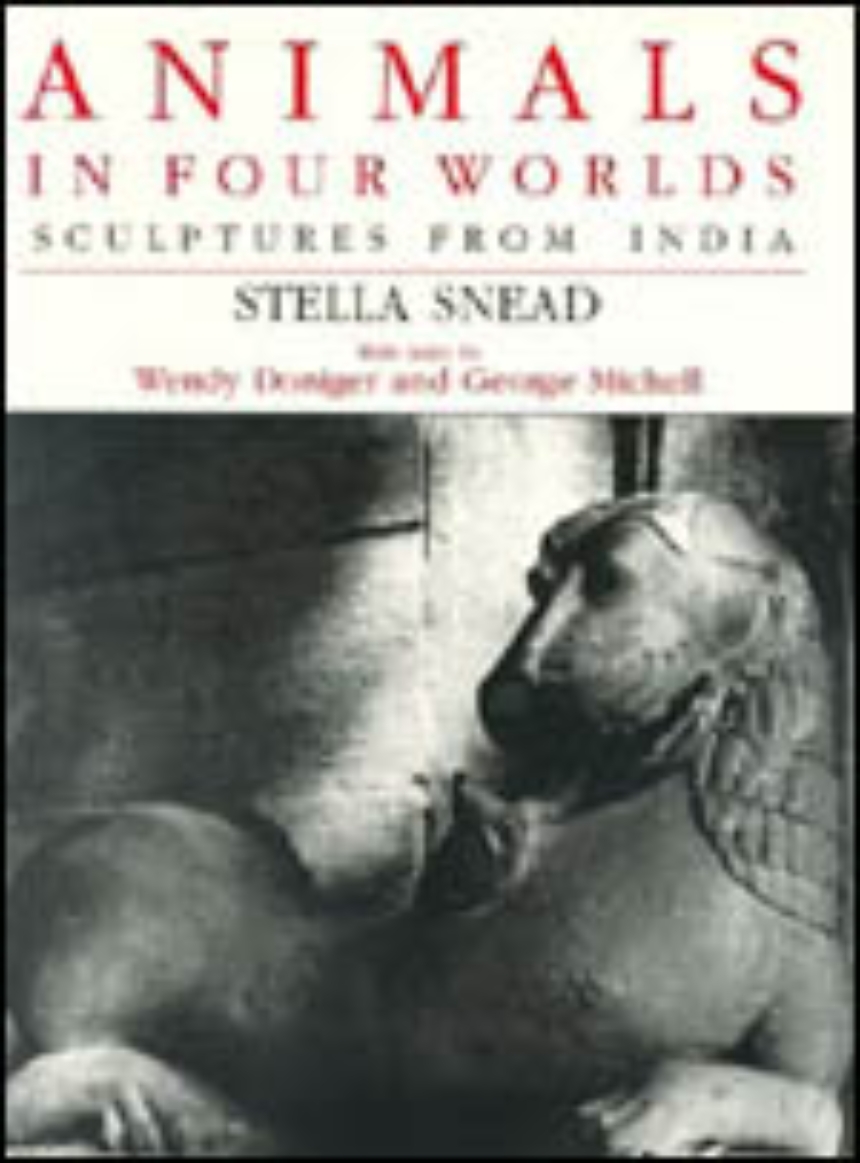 With texts by Wendy Doniger and George Michell
Animals play a special role in Indian culture. In opposition to deities, they help to frame the human community. Indian philosophy assumes the basic unity of animals and humans and in everyday life animals symbolize various ideas and sentiments. In the realm of Indian art, animals appear everywhere.

In this splendid and unique collection of photographs, Stella Snead captures the extraordinary vitality, intelligence, and variety of animals in Indian sculpture found at sites from prehistory through the eighteenth century. Here are cats, peacocks, mongooses, anteaters, cows, hyenas, and tigers, as well as such fantastic creatures as double-bodied lions and elephants with fish tails. Collected from all areas of India, these photographs include images from famous Indian monuments, and museum collections, as well as images from remote sites, some of which have never before been published.

Wendy Doniger’s essay explores and explains the four worlds or dimensions that animals occupy in Indian thought: nature, the human world, the divine world, and the world of fantasy. George Michell places Indian sculptures of animals in their architectural and art historical context. His chronological survey identifies the location and the subject of the animals photographed and describes the artistic activity of the regions and period from which the photographs are drawn.

This beautifully illustrated book will appeal to a wide audience: to those interested in Asian studies, art, architecture, and animals, and to those drawn to Snead’s powerful photographs, which capture both the idiosyncratic genius of tiny details and the grand sweep of cosmic symbols.