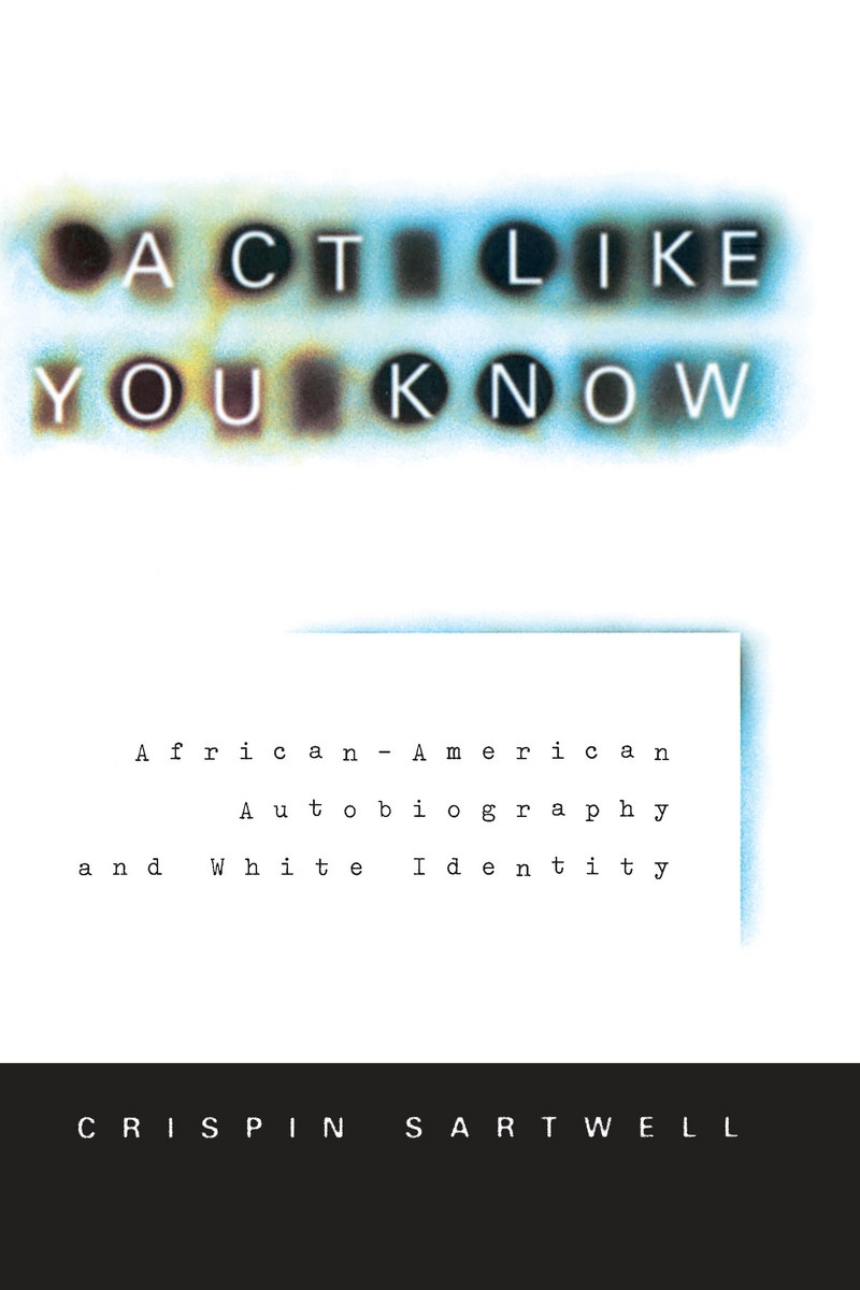 Frederick Douglass, Harriet Jacobs, W.E.B. DuBois, Zora Neale Hurston, Malcolm X—their words speak firmly, eloquently, personally of the impact of white America on the lives of African-Americans. Black autobiographical discourses, from the earliest slave narratives to the most contemporary urban raps, have each in their own way gauged and confronted the character of white society. For Crispin Sartwell, as philosopher, cultural critic, and white male, these texts, through their exacting insights and external perspective, provide a rare opportunity, a means of glimpsing and gaining access to contents and core of white identity.

There is, Sartwell contends, a fundamental elusiveness to that identity. Whiteness defines itself as normative, as a neutral form of the human condition, marking all other forms of identity as "racial" or "ethnic" deviations. Invisible to itself, white identity seeks to define its essence over and against those other identities, in effect defining itself through opposition and oppression. By maintaining fictions of black licentiousness, violence, and corruption, white identity is able to cast itself as humane, benevolent, and pure; the stereotype fabricates not only the oppressed but the oppressor as well. Sartwell argues that African-American autobiography perceives white identity from a particular and unique vantage point; one that is knowledgeable and intimate, yet fundamentally removed from the white world and thus unencumbered by its obfuscating claims to normativity.

Throughout this provocative work, Sartwell steadfastly recognizes the many ways in which he too is implicated in the formulation and perpetuation of racial attitudes and discourse. In Act Like You Know, he challenges both himself and others to take a long, hard look in the mirror of African-American autobiography, and to find there, in the light of those narratives, the visible features of white identity.

Acknowledgments
Introduction
1: Truth and Concealment in Slave Narratives
2: Veil and Vision: Knowledge in Du Bois
3: Division and Disintegration: Malcolm X on the Self
4: Freedom and Fragmentation: The Art of Zora Neale Hurston
5: Rap Music and the Uses of Stereotype
Notes
Index