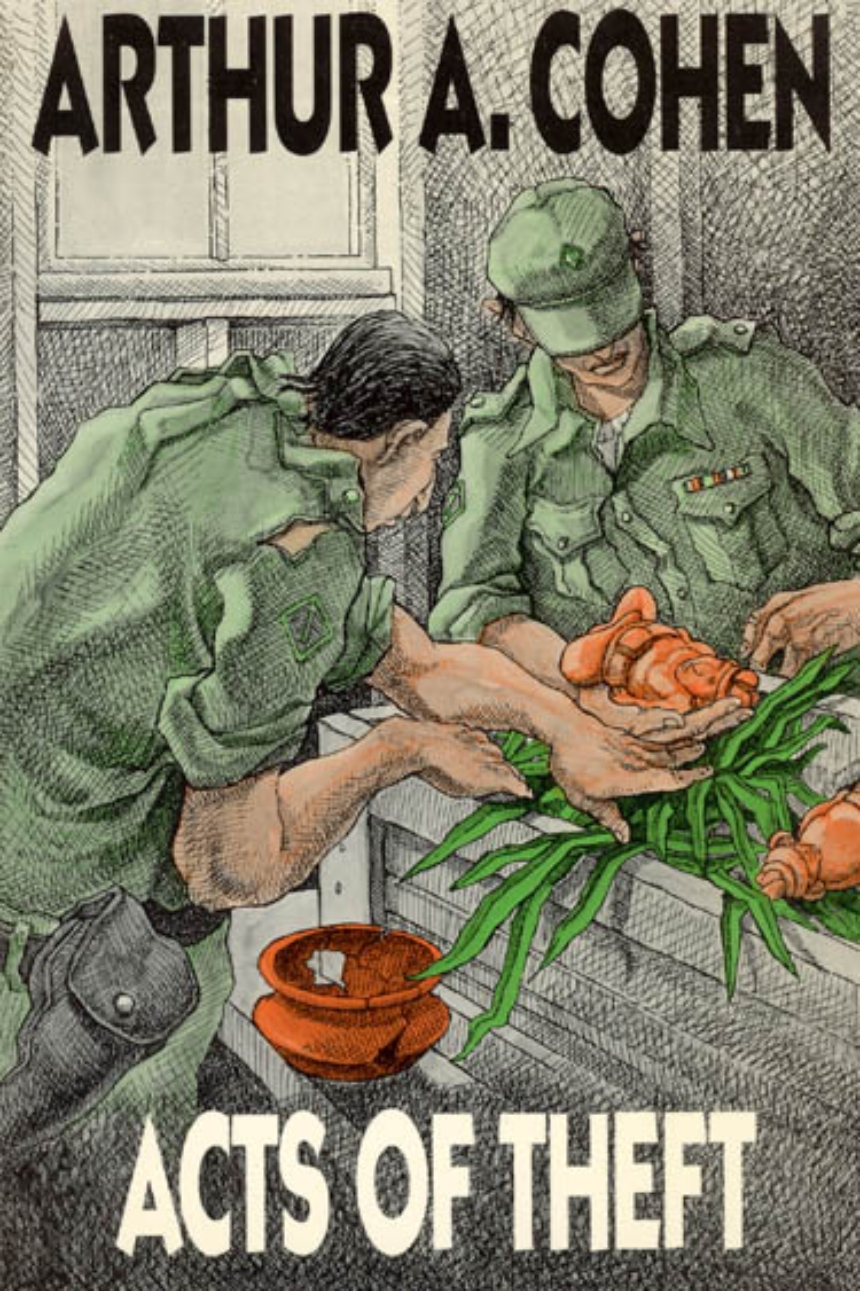 "An astonishing, soaring and seizing novel that means no less than to explain human culture. A detective story with a real detective and a real thief—and yet all the while it is the mind that is being plundered of its own frights."—Cynthia Ozick

"[Acts of Theft] ranges from the lost world of the Austrian aristocracy . . . to a thick-walled hacienda in the jungles of Mexico in the 1950s. . . . Cohen has resurrected the special man, the one for whom experience is a search an an intellectual problem, the man who deceives himself grandly and discovers the fact when it may be too late. . . . Cohen’s writing is as beautiful and complicated as it is possible for writing to be. Rarely, these days, do novelists risk so much so successfully."—K. Deborah Taub, Baltimore Sun

"One of the rare novels that one can begin to reread as soon as the last page is finished. By unfolding the drama of an artist obsessed by the authenticity and perfection of his work, Arthur A. Cohen recalls to us, in fact, the destiny of all human existence. Acts of Theft ranks with the best novels of the post-war period."—Mircea Eliade

"Acts of Theft is a very elaborate story of cops and robbers—but it aspires to much more and its aspirations are largely fulfilled. The parallels that spring to mind are Crime and Punishment and Les Mesérables."—Joseph McLellan, Washington Post