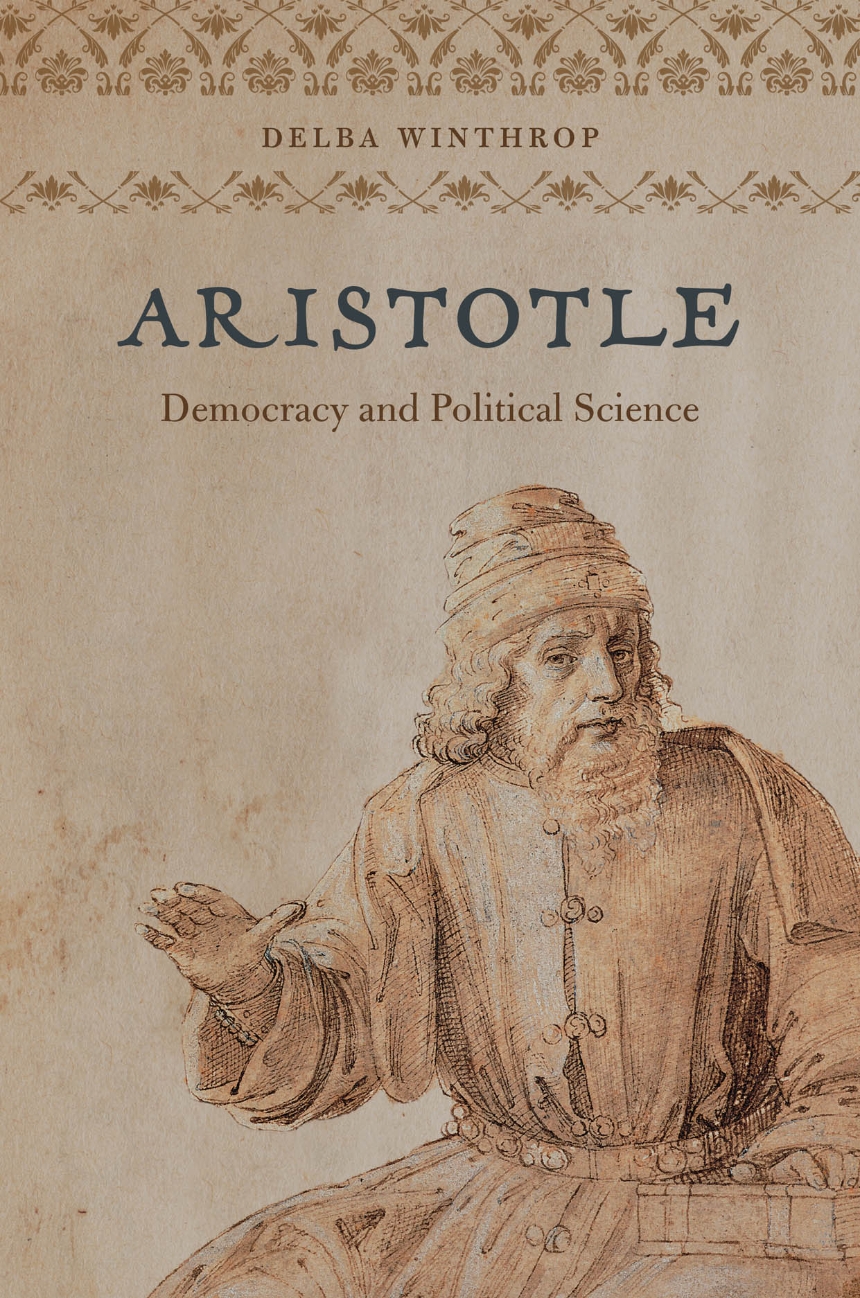 Edited by Harvey C. Mansfield
Today, democracy is seen as the best or even the only legitimate form of government—hardly in need of defense. Delba Winthrop punctures this complacency and takes up the challenge of justifying democracy through Aristotle’s political science. In Aristotle’s time and in ours, democrats want inclusiveness; they want above all to include everyone a part of a whole. But what makes a whole? This is a question for both politics and philosophy, and Winthrop shows that Aristotle pursues the answer in the Politics. She uncovers in his political science the insights philosophy brings to politics and, especially, the insights politics brings to philosophy. Through her appreciation of this dual purpose and skilled execution of her argument, Winthrop’s discoveries are profound. Central to politics, she maintains, is the quality of assertiveness—the kind of speech that demands to be heard. Aristotle, she shows for the first time, carries assertive speech into philosophy, when human reason claims its due as a contribution to the universe.  Political science gets the high role of teacher to ordinary folk in democracy and to the few who want to understand what sustains it.

This posthumous publication is more than an honor to Delba Winthrop’s memory. It is a gift to partisans of democracy, advocates of justice, and students of Aristotle.

“Winthrop’s original and provocative work is much more than a meditation on Aristotle’s complex view of democracy. Because Winthrop reads Aristotle’s Politics as much for its ontological implications as for its political lessons, she wrestles with questions concerning the status of forms and wholes for Aristotle, the possibility of human freedom in a natural world governed by necessity, and the relationship between political science and natural science. This fascinating study challenges readers to look at the Politics in a dramatically new way.”

“Winthrop’s illuminating study of Aristotle’s Politics follows the argument of the foundational Book III as it sets out from the democratic citizen’s claim about political freedom and moves toward the question of its philosophic justification. Her insightful account, supported by her own translation, offers us, ultimately, a distinctive Aristotelian contribution to our own understanding of democracy and the complexity of human freedom—political, moral, and intellectual.”

"...Aristotle: Democracy and Political Science is the most original and intriguing work on Aristotle in recent memory. Its effort to show that the philosopher’s concern for politics is not altogether separate from his theoretical concerns about first causes is a notable challenge to the traditional understanding of the relationship between the theoretical and practical sides of Aristotle’s thought. For anyone interested in getting to the heart of his political science, it is well worth the effort to work through Winthrop’s rich and painstaking interpretation of Politics III."

"Delba Winthrop’s book leaves two final impressions on the reader. First, one recovers the sheer joy of reading Aristotle. Second, one marvels at a beautiful mind that is not in the least interested in its own ingenuity but only in bringing Aristotle’s ingenuity to light.The same can be said of the defamiliarizing translation of Book III of the Politics which accompanies the commentary. The Aristotelian democracy that emerges from Winthrop’s treatment is more moderate and balanced than today’s democratic thinkers would like. Nevertheless, as the comparisons with the great Tocqueville show, Aristotle’s lessons about democracy are ancient but not superseded."