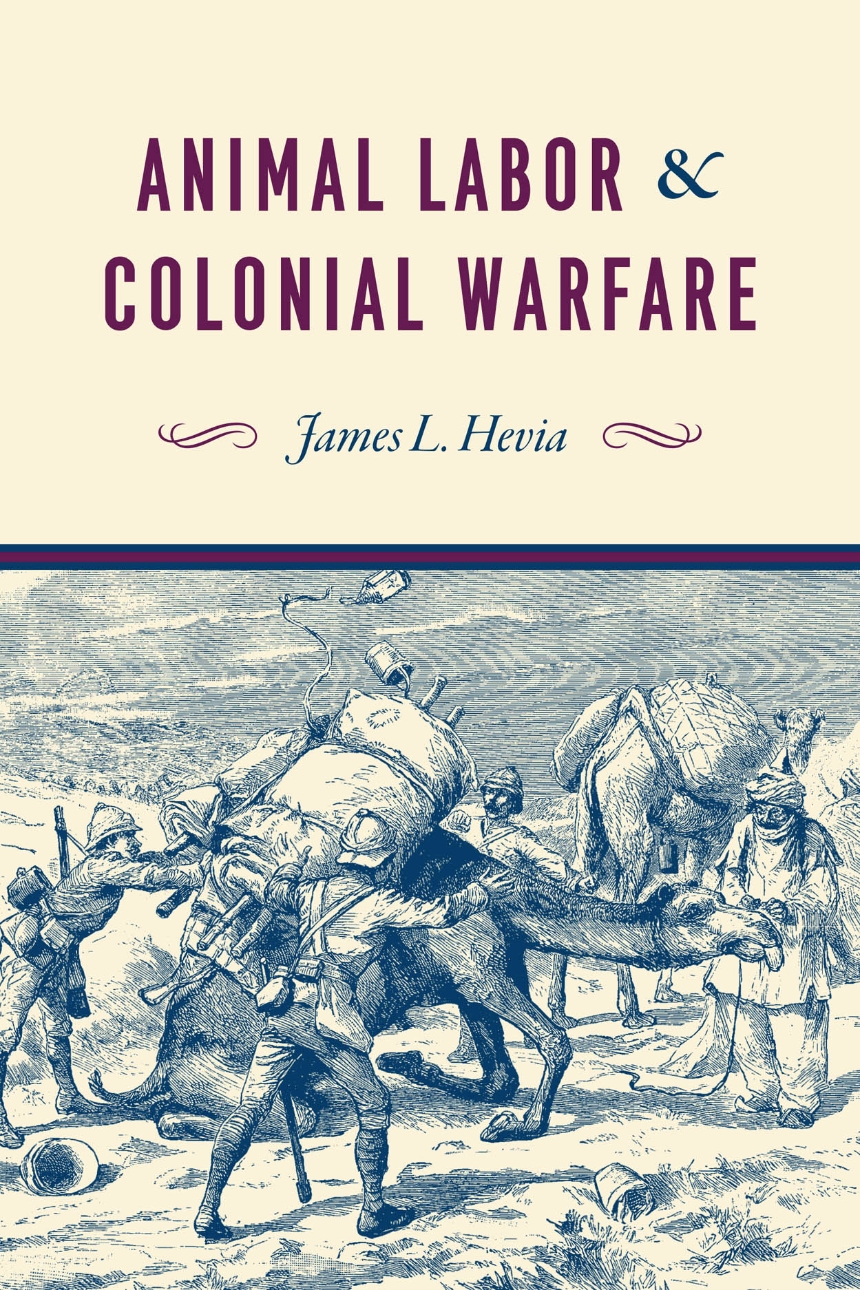 Until well into the twentieth century, pack animals were the primary mode of transport for supplying armies in the field. The British Indian Army was no exception. In the late nineteenth century, for example, it forcibly pressed into service thousands of camels of the Indus River basin to move supplies into and out of contested areas—a system that wreaked havoc on the delicately balanced multispecies environment of humans, animals, plants, and microbes living in this region of Northwest India.

In Animal Labor and Colonial Warfare, James Hevia examines the use of camels, mules, and donkeys in colonial campaigns of conquest and pacification, starting with the Second Afghan War—during which an astonishing 50,000 to 60,000 camels perished—and ending in the early twentieth century. Hevia explains how during the nineteenth and twentieth centuries a new set of human-animal relations were created as European powers and the United States expanded their colonial possessions and attempted to put both local economies and ecologies in the service of resource extraction. The results were devastating to animals and human communities alike, disrupting centuries-old ecological and economic relationships. And those effects were lasting: Hevia shows how a number of the key issues faced by the postcolonial nation-state of Pakistan—such as shortages of clean water for agriculture, humans, and animals, and limited resources for dealing with infectious diseases—can be directly traced to decisions made in the colonial past. An innovative study of an underexplored historical moment, Animal Labor and Colonial Warfare opens up the animal studies to non-Western contexts and provides an empirically rich contribution to the emerging field of multispecies historical ecology.

"An intriguing work. . . . This interesting volume is a valuable contribution. Recommended."

"An invaluable history for those interested in the use of animals in wartime and the colonial history of the disruption of nonhuman and human species in specific environments."

"This is a smart book that deserves a wide audience. . . . By bringing together interspecies relations and empire, the summary point, then, is the exigent realization that our relations with other animals are nearly always colonial."

“In a richly documented and skilfully constructed story of animal bio-power, Hevia investigates the role that camels and mules played in the military logistics of British India as it struggled to recover from the disaster of the Anglo-Afghan War. Moving between frontier wars and global trade, local knowledge and imperial science, he sheds fresh light on animals at war and their impressment into service of the colonial war-state. His fascinating and meticulous discussion unites the intricacies of camel culture, mule breeding, animal dietetics, and human affect, with imperial strategy, army reform, environmental transformation, and veterinary science. Transcending many more conventional histories of animals and armies, this book makes a major contribution, substantively, methodologically, and intellectually, to how we conceptualize warfare, welfare, and the animal estate.”

“Animal Labor and Colonial Warfare brilliantly reveals the brutal and bestial life of British imperialism. With exceptional panache, James Hevia assembles graceful and music-loving camels, well-bred mules, maddening insects, unremitting parasites, indispensable animal handlers, and cosmopolitan veterinarians, showing us how together they structured—or disrupted—the colonial human-animal biosecurity regime. Above all, we learn how the military on colonial frontiers forged a mechanism for managing human-animal interactions and rerouting local ecologies. After reading this book, it is hard to imagine how future historians of colonial biopolitics can ever again ignore frontier ecologies and the teeming—or teaming—non-human animals that made human life possible.”

“The role of animals in colonial conquest along the northwestern frontier of British India has never been subjected to scholarly analysis of the sort provided by this path-breaking book. Showing the shifting visions of power, science, and ecology intertwined in the establishment of the new forms of state power, Hevia details how changing relations between humans and animals can provide a critical key to understanding the transformations that have marked modern colonial history.”

"James L. Hevia’s Animal Labor and Colonial Warfare. . . departs from the dominant focus on dogs (and horses) in Victorian animal studies. Hevia is concerned primarily with camels, with rich supplementary material coming in the form of Trypanosoma evansi, a “protozoan blood parasite” which had a significant effect on the camel population in India in the late nineteenth century. . . . Animal Labor and Colonial Warfare is one of our finest works of animal history to date and a valuable companion piece to Mike Davis’s seminal study Late Victorian Holocausts: El Niño Famines and the Making of the Third World (2001) and to Dinesh Wadiwel’s work on animal labor."

Prologue to Part 1 Warfare and Logistics in Saharasia

2 The Browsing Camel and the Edible “Wasteland”: The North- West Frontier of British India and the Punjab Environment

3 Jackasses for India: Transport Reform and the Global Traffic in Mules

4 Veterinary Science and the Partial Rehabilitation of the Camel

5 Frontier Warfare and the Persistence of Impressment

7 Animal Management, Canal Colonization, and the Ecological Transformation of the Punjab

9 The Great War and Its Aftermath