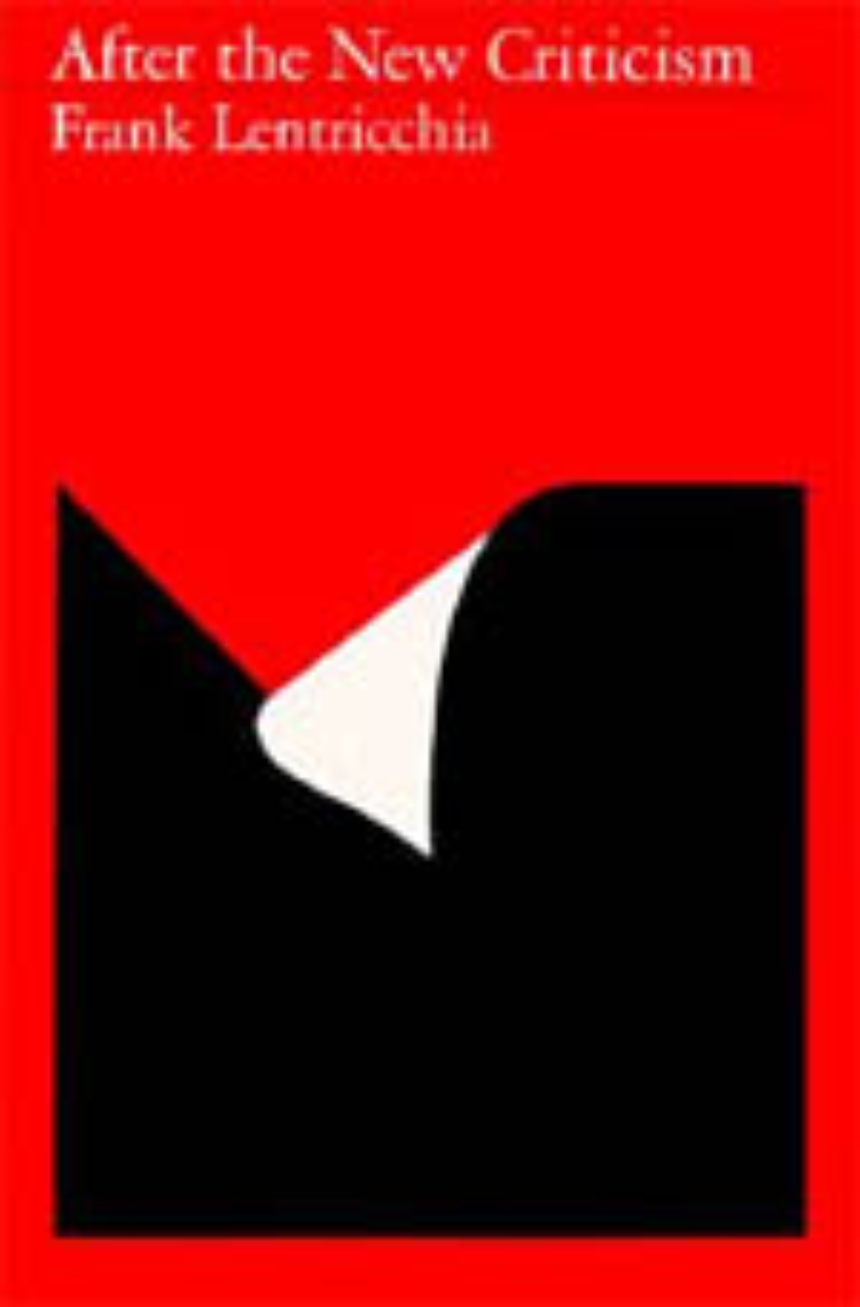 After the New Criticism

After the New Criticism

This work is the first history and evaluation of contemporary American critical theory within its European philosophical contexts. In the first part, Frank Lentricchia analyzes the impact on our critical thought of Frye, Stevens, Kermode, Sartre, Poulet, Heidegger, Sussure, Barthes, Lévi-Strauss, Derrida, and Foucault, among other, less central figures. In a second part, Lentricchia turns to four exemplary theorists on the American scene—Murray Krieger, E. D. Hirsch, Jr., Paul de Man, and Harold Bloom—and an analysis of their careers within the lineage established in part one.

Lentricchia’s critical intention is in evidence in his sustained attack on the more or less hidden formalist premises inherited from the New Critical fathers. Even in the name of historical consciousness, he contends, contemporary theorists have often cut literature off from social and temporal processes. By so doing he believes that they have deprived literature of its relevant values and turned the teaching of both literature and theory into a rarefied activity. All along the way, with the help of such diverse thinkers as Saussure, Barthes, Foucault, Derrida, and Bloom, Lentricchia indicates a strategy by which future critical theorists may resist the mandarin attitudes of their fathers.