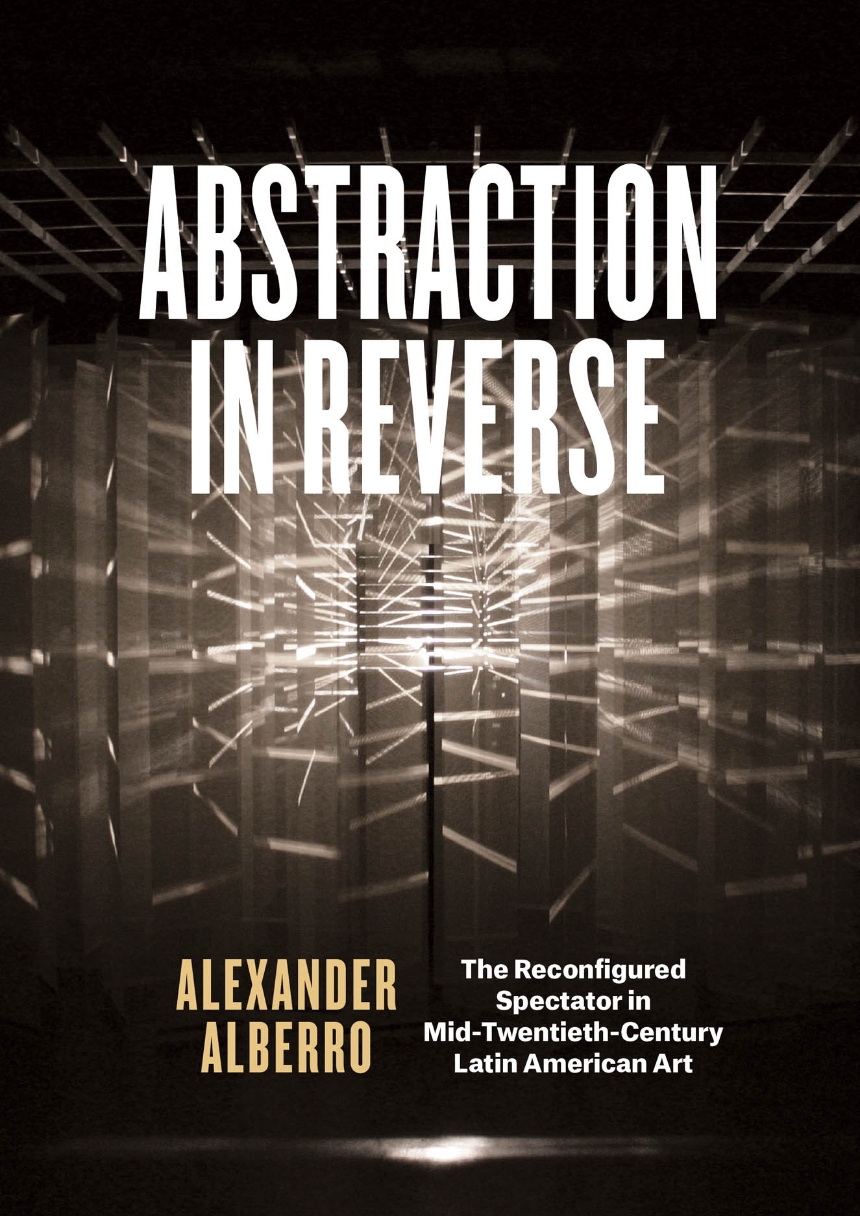 During the mid-twentieth century, Latin American artists working in several different cities radically altered the nature of modern art. Reimagining the relationship of art to its public, these artists granted the spectator an unprecedented role in the realization of the artwork. The first book to explore this phenomenon on an international scale, Abstraction in Reverse traces the movement as it evolved across South America and parts of Europe.

Alexander Alberro demonstrates that artists such as Tomás Maldonado, Jesús Soto, Julio Le Parc, and Lygia Clark, in breaking with the core tenets of the form of abstract art known as Concrete art, redefined the role of both the artist and the spectator. Instead of manufacturing autonomous art, these artists produced artworks that required the presence of the spectator to be complete. Alberro also shows the various ways these artists strategically demoted regionalism in favor of a new modernist voice that transcended the traditions of the nation-state and contributed to a nascent globalization of the art world.

“Abstraction in Reverse offers an urgently needed postcolonial perspective for the study of Latin American art and provides new concepts for exploring visual culture at the crossroads of modernity and globalization.”

Andrea Giunta, author of Avant-Garde, Internationalism, and Politics: Argentine Art in the Sixties

“Alberro’s impressive approach to post-Concrete Latin American art sets the stage for a new understanding of modernity as it demonstrates how artists, by reconceiving the spectatorial functioning of abstraction, critically dismantled the modern myth of art autonomy.”

“Abstraction in Reverse deftly traces South American cultural processes and their ties to European traditions without neglecting the specifics of their individual trajectories. This is a compelling read.”

“Engaging and accessible, Abstraction in Reverse astutely explores the question of art’s place in society and the surprising extent to which seemingly speculative debates about the framing of modern art can impact the political agenda of the revolutionary Left.”

Bruno Bosteels, author of Marx and Freud in Latin America: Politics, Psychoanalysis, and Religion in Times of Terror

“Abstraction in Reverse is a must-read for anyone interested in abstract art, its histories, and the different narratives we tell when faced with an increasingly global world.”

"This book nuances the history of modernist abstraction...the art reproduced is wonderful to see. Recommended."

"In this stimulating book Alexander Alberro mines fields well known to scholars of modern Latin American artists in a way that sheds new light. . .Alberro’s book is an invigorating refresher course for those deeply immersed in this material and of immense use to the neophyte in matters of mid-twentieth-century art in the Americas."

"Alberro strikes new ground by rigorously examining a phenomenon that has been much applauded by art historians and curators during the past decade but has received sustained analysis only as either monographic or country-specific studies or catalogue essays....[He] expands our understanding of how artists can encompass social and physical spaces."

"[Abstraction in Reverse makes] strong contributions to the growing body of scholarship on modernism, both Latin American and global. Alberro challenges his readers to reconsider how they understand abstract art and its operations; in particular, how Latin American modern art engages the viewer beyond the common tropes of the rational and the spiritual, inviting instead interaction, inhabitation and movement."