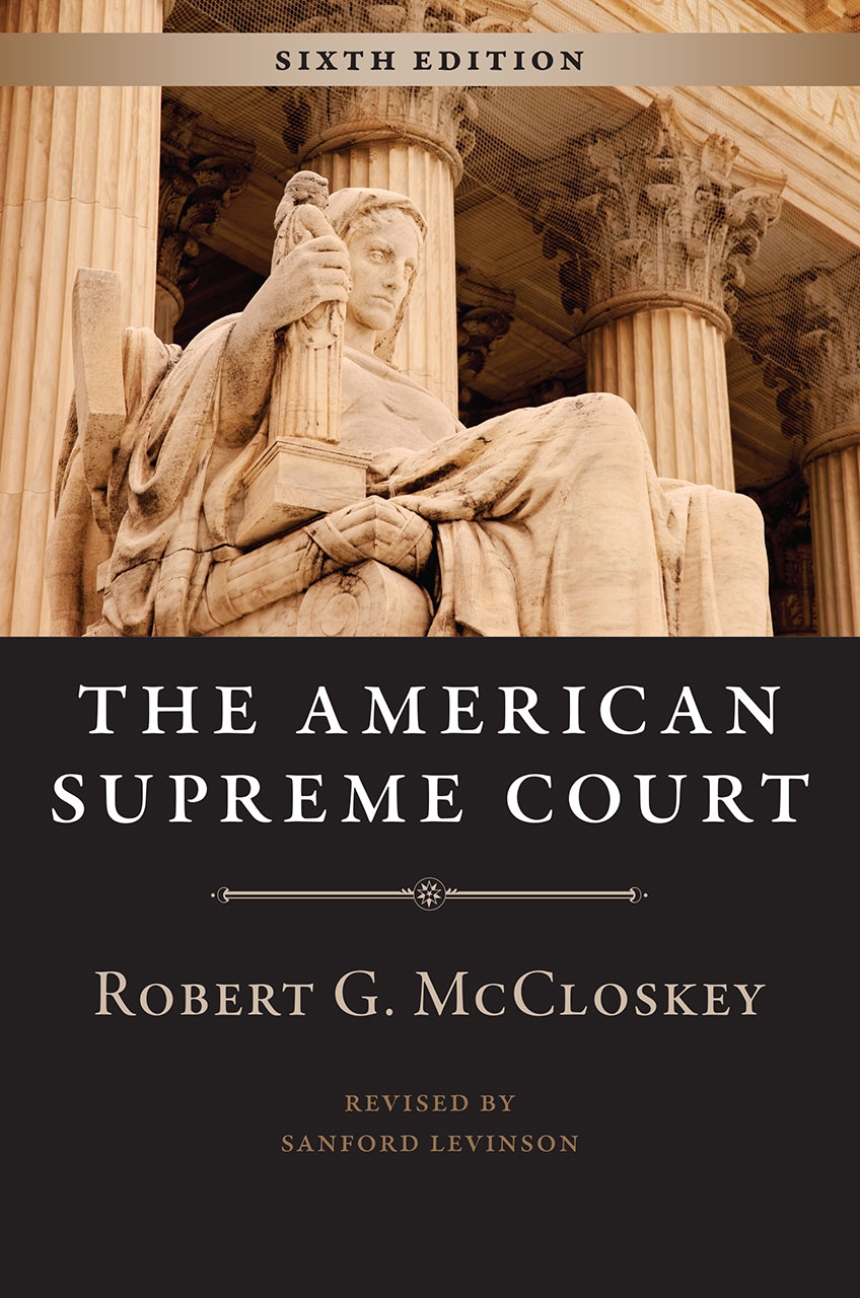 For more than fifty years, Robert G. McCloskey’s classic work on the Supreme Court’s role in constructing the US Constitution has introduced generations of students to the workings of our nation’s highest court.

As in prior editions, McCloskey’s original text remains unchanged. In his historical interpretation, he argues that the strength of the Court has always been its sensitivity to the changing political scene, as well as its reluctance to stray too far from the main currents of public sentiment. In this new edition, Sanford Levinson extends McCloskey’s magisterial treatment to address developments since the 2010 election, including the Supreme Court’s decisions regarding the Defense of Marriage Act, the Affordable Care Act, and gay marriage.

The best and most concise account of the Supreme Court and its place in American politics, McCloskey's wonderfully readable book is an essential guide to the past, present, and future prospects of this institution.

The Chicago History of American Civilization

“Essential. . . . This fifth edition carries on the tradition of earlier iterations, keeping McCloskey’s keen insights, analytical framework, and normative instincts intact . . . Levinson supplements the original argument with chapters . . . that draw on his remarkable intellectual range and invite readers to continue asking the still-salient questions McCloskey set forth a half-century earlier.”

Choice, on the fifth edition