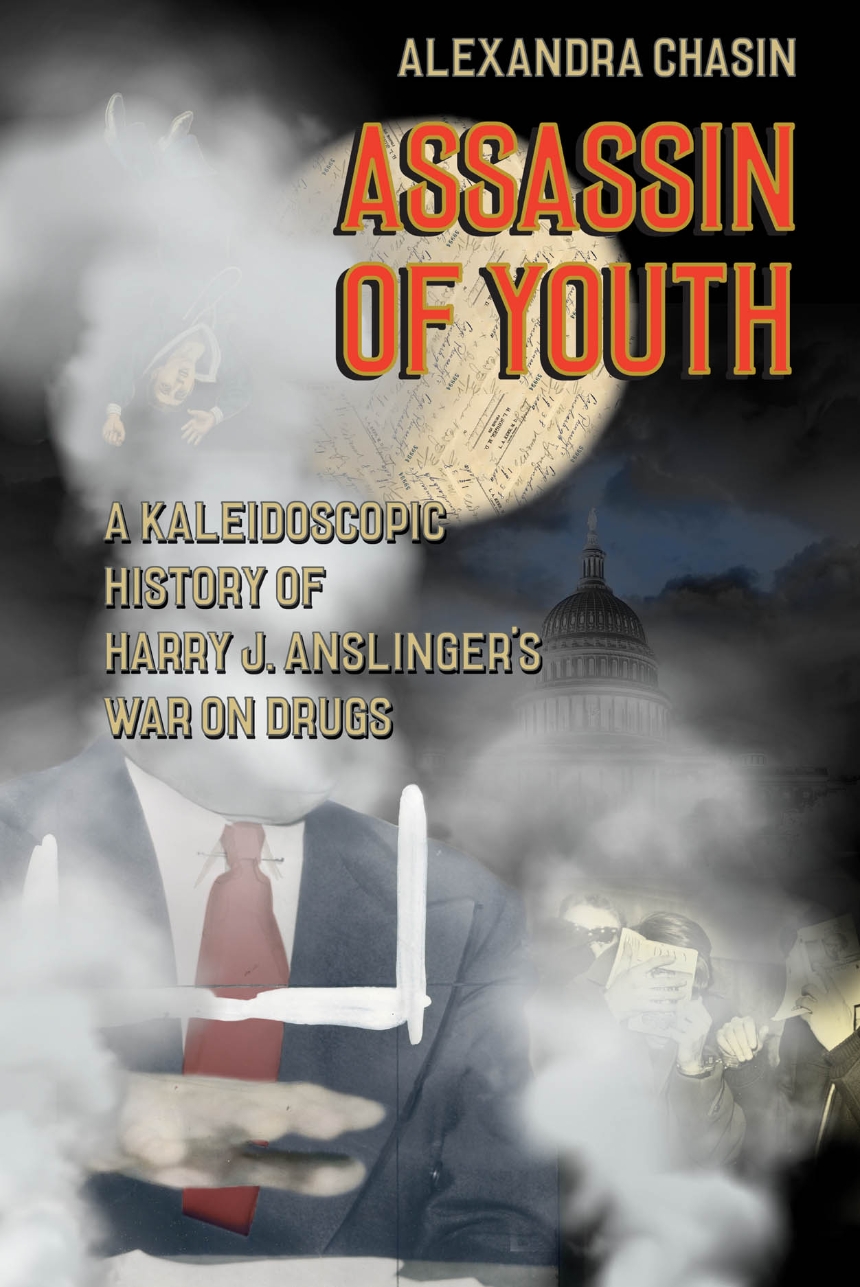 A Kaleidoscopic History of Harry J. Anslinger’s War on Drugs

A Kaleidoscopic History of Harry J. Anslinger’s War on Drugs

Commissioner of the Federal Bureau of Narcotics from its establishment in 1930 until his retirement in 1962, Harry J. Anslinger is the United States’ little known first drug czar. Anslinger was a profligate propagandist with a flair for demonizing racial and immigrant groups and perhaps best known for his zealous pursuit of harsh drug penalties and his particular animus for marijuana users. But what made Anslinger who he was, and what cultural trends did he amplify and institutionalize? Having just passed the hundredth anniversary of the Harrison Act—which consolidated prohibitionist drug policy and led to the carceral state we have today—and even as public doubts about the drug war continue to grow, now is the perfect time to evaluate Anslinger’s social, cultural, and political legacy.

In Assassin of Youth, Alexandra Chasin gives us a lyrical, digressive, funny, and ultimately riveting quasi-biography of Anslinger. Her treatment of the man, his times, and the world that arose around and through him is part cultural history, part kaleidoscopic meditation. Each of the short chapters is anchored in a historical document—the court decision in Webb v. US (1925), a 1935 map of East Harlem, FBN training materials from the 1950s, a personal letter from the Treasury Department in 1985—each of which opens onto Anslinger and his context. From the Pharmacopeia of 1820 to death of Sandra Bland in 2015, from the Pennsylvania Railroad to the last passenger pigeon, and with forays into gangster lives, CIA operatives, and popular detective stories, Chasin covers impressive ground. Assassin of Youth is as riotous and loose a history of drug laws as can be imagined—and yet it culminates in an arresting and precise revision of the emergence of drug prohibition.

Today, even as marijuana is slowly being legalized, we still have not fully reckoned with the racist and xenophobic foundations of our cultural appetite for the severe punishment of drug offenders. In Assassin of Youth, Chasin shows us the deep, twisted roots of both our love and our hatred for drug prohibition.

“[A] well-researched, fresh take on an enduring controversy.”

“This ain’t your grandpa’s reefer madness but instead a swirling, energetic, decidedly offbeat history of a man and a time history has largely forgotten, and not for any lack of effort of his own.”

“In this idiosyncratic chronicle, Chasin paces the trail from temperance to today, when nearly half the inmates of US jails are incarcerated for drug offences. A sorry tale of how one man's racial prejudice and predilection for prohibition led to a colossal policy failure.”

“Assassin of Youth aims to disrupt existing representations of Anslinger and his drug policy by moving towards a ‘creative nonfiction.’ . . . Chasin’s ‘kaleidoscopic history’ is thought-provoking.”

“Assassin of Youth is the most entertaining and inventive book on drug policy in the United States you’ll ever read, which perhaps isn’t saying much unless you’re a government wonk.  But for the rest of us, who have most likely never heard of Harry J. Anslinger and never given much consideration to the War on Drugs (except to mock it as an enormously expensive, racist, and Puritanical boondoggle), Chasin brilliantly marries the speculative prowess of a lyricist with the diligence and insight of an historian to create something wholly wondrous in its ambitions.”

Robin Hemley, author of Reply All

“Assassin of Youth is an extraordinary book: part biography, part cultural history, part lyric essay, part critique of a century of public policy—and from beginning to end a singular experiment in literary form.  In a voice that is by turns rhythmic, interpretative, interrogative, ruminative, and digressive, Chasin makes daring leaps through space and time, showing us things about Harry Anslinger and the origins of prohibitionist drug policies that no one has shown us before. Chasin’s prose is absorbing. Her point, timely, even urgent.”

James Goodman, author of But Where Is the Lamb? Imagining the Story of Abraham and Isaac

Kaleidoscope. A kaleidoscope is a plaything, an optical device that continuously juxtaposes elements in a mirrored chamber, generating constantly changing patterns according to the twist of the viewer. What if a kaleidoscope could point out on the world and its past, rather than in on a handful of triangles, marbles, or other baubles? What if that kaleidoscope set its sights on a handful of historical elements, a set of values and laws, a number of related events, a personage? What if we accept that all vision is distorted one way or another, and insist not on plain correction but on rich distortions? What a twisted way to look at history.

Blind Spot. Rather than solving social problems, drug policy and law have, in effect, constructed criminality along identity lines, turning a criminal justice system into an administrative mechanism for racist and classist social control.