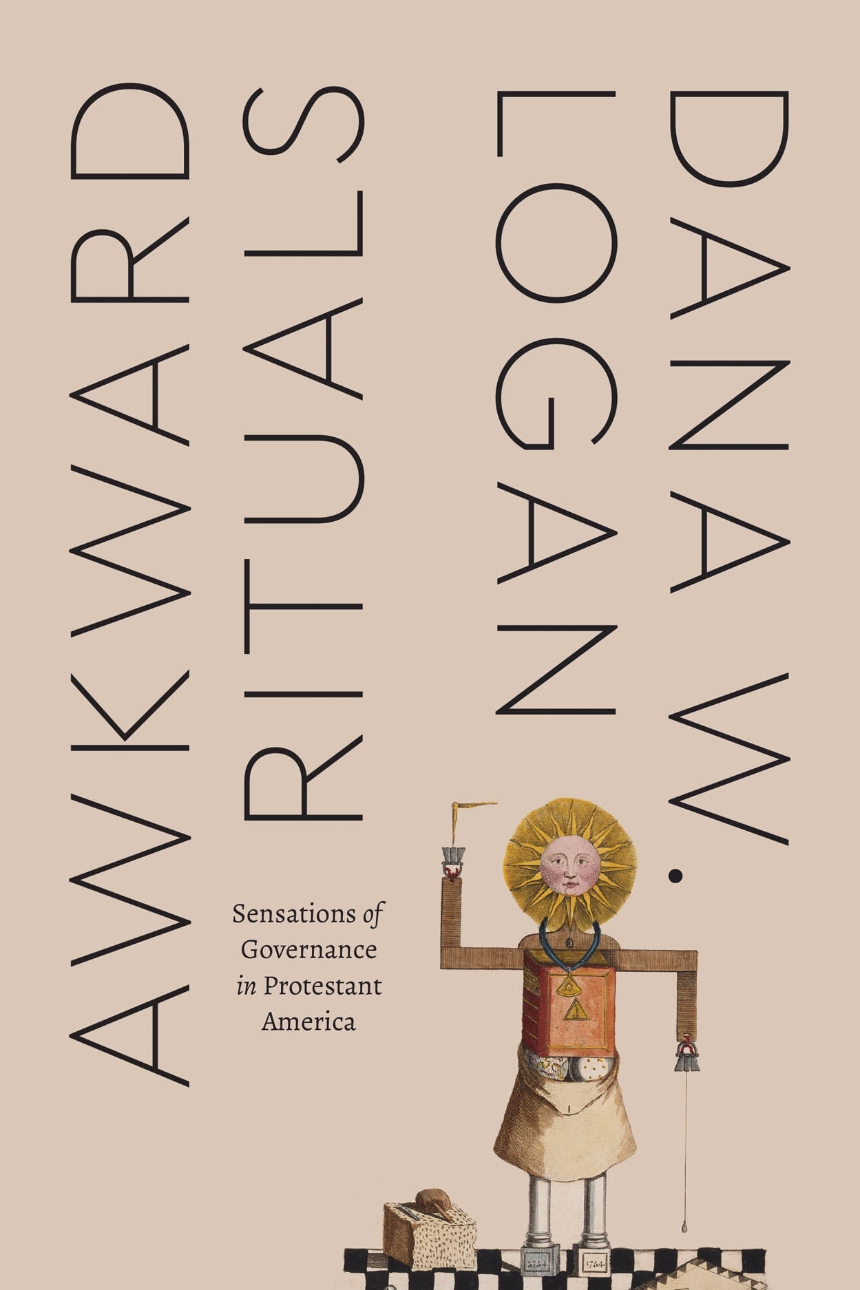 Sensations of Governance in Protestant America

Sensations of Governance in Protestant America

A fresh account of early American religious history that argues for a new understanding of ritual.

In the years between the American Revolution and the Civil War, there was an awkward persistence of sovereign rituals, vestiges of a monarchical past that were not easy to shed. In Awkward Rituals, Dana Logan focuses our attention on these performances, revealing the ways in which governance in the early republic was characterized by white Protestants reenacting the hierarchical authority of a seemingly rejected king. With her unique focus on embodied action, rather than the more common focus on discourse or law, Logan makes an original contribution to debates about the relative completeness of America’s Revolution.

Awkward Rituals theorizes an under-examined form of action: rituals that do not feel natural even if they sometimes feel good. This account challenges common notions of ritual as a force that binds society and synthesizes the self. Ranging from Freemason initiations to evangelical societies to missionaries posing as sailors, Logan shows how white Protestants promoted a class-based society while simultaneously trumpeting egalitarianism. She thus redescribes ritual as a box to check, a chore to complete, an embarrassing display of theatrical verve. In Awkward Rituals, Logan emphasizes how ritual distinctively captures what does not change through revolution.

“Logan’s strikingly creative reimagining of power, publics, and governance brilliantly illustrates how corporate bodies of all sorts drew upon religiously-scented ritual performances of authority in choreographing the uncomfortable, sometimes embarrassing, and always awkward dance of civility in the early Republic. This is a fascinating and exciting recasting of interpretive categories familiar to historians of nineteenth-century religion, a bold intervention yielding important lessons not just about American religious history but equally about the study of religion.”

“How do you behave as if you are in authority when you have done away with kings?  In her truly brilliant study of "sovereign rituals" in America from 1790 to 1850, Dana W. Logan has found the answer: awkwardly. Initiating a brother Mason, reading the minutes, raising the flag, and ordering the housework highlight some of the graceless quotidian performances that created the sensation of coherent authority even in its absence. Awkward Rituals is not only fun to read, it is essential across the disciplines.”