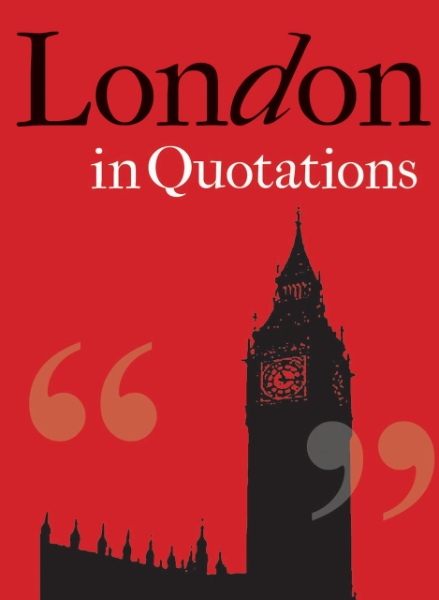 London is one of the world’s great cities—a source of inspiration to generations of poets, novelists, journalists, and commentators who have visited or called it home. Be it praise or colorful invective, everyone, it seems, has something to say about the city and this slender volume—filled with wise, witty, and sometimes scandalous quotes—presents the full range of impressions it has made.

Read more about the book
Buy this book: London in Quotations

“A person who is tired of London is not necessarily tired of life; it might be that he just can’t find a parking place, or is sick of being overcharged.”
—Paul Theroux (b. 1941)

“I love London Society! I think it has immensely improved. It is entirely composed now of beautiful idiots and brilliant lunatics. Just what Society should be.”
—Oscar Wilde (1854–1900)

“To a lover of books, the shops and sales in London present irresistible temptations.”
—Edward Gibbon (1737–1794)

“London goes beyond any boundary or convention. It contains every wish or word ever spoken, every action or gesture ever made, every harsh or noble statement ever expressed. It is illimitable. It is Infinite London.”
—Peter Ackroyd (b. 1949)

“I had been in London innumerable times, and yet till that day I had never noticed one of the worst things about London—the fact that it costs money even to sit down.”
—George Orwell (1903–1950)