Published with the generous support of Pro Helvetia, the Arts Council of Switzerland. 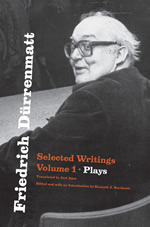 Volume 1, Plays
Edited and with an Introduction by Kenneth J. Northcott

Dürrenmatt’s concerns are timeless, but they are also the product of his Swiss vantage during the cold war: his key plays explore such themes as guilt by passivity, the refusal of responsibility, greed and political decay, and the tension between justice and freedom. Joel Agee’s crystalline translations give new life to five plays: The Visit, The Physicists, Romulus the Great, Hercules and the Augean Stables, and The Marriage of Mr. Mississippi.
> more information  •  > add to shopping cart

Volume 2, Fictions
Edited and with an Introduction by Theodore Ziolkowski

Dürrenmatt’s novellas and short stories are searing, tragicomic explorations of the ironies of justice and the corruptibility of institutions. Apart from The Pledge, none of the thirteen works in this volume are available elsewhere in English. Among the most evocative fictions included here are two novellas: The Assignment and Traps.
> more information  •  > add to shopping cart 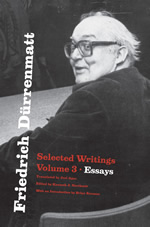 Volume 3, Essays
Edited by Kenneth J. Northcott
With an Introduction by Brian Evenson

Dürrenmatt’s essays are among his most impressive achievements. Their range is astonishing: he wrote with authority and charm about art, literature, philosophy, politics, and the theater. Selections here include his best-known essays, such as “Theater Problems” and “Monster Essay on Justice and Law,” as well as the notes from a 1970 journey to America, which he found “increasingly susceptible to every kind of fascism.”
> more information  •  > add to shopping cart 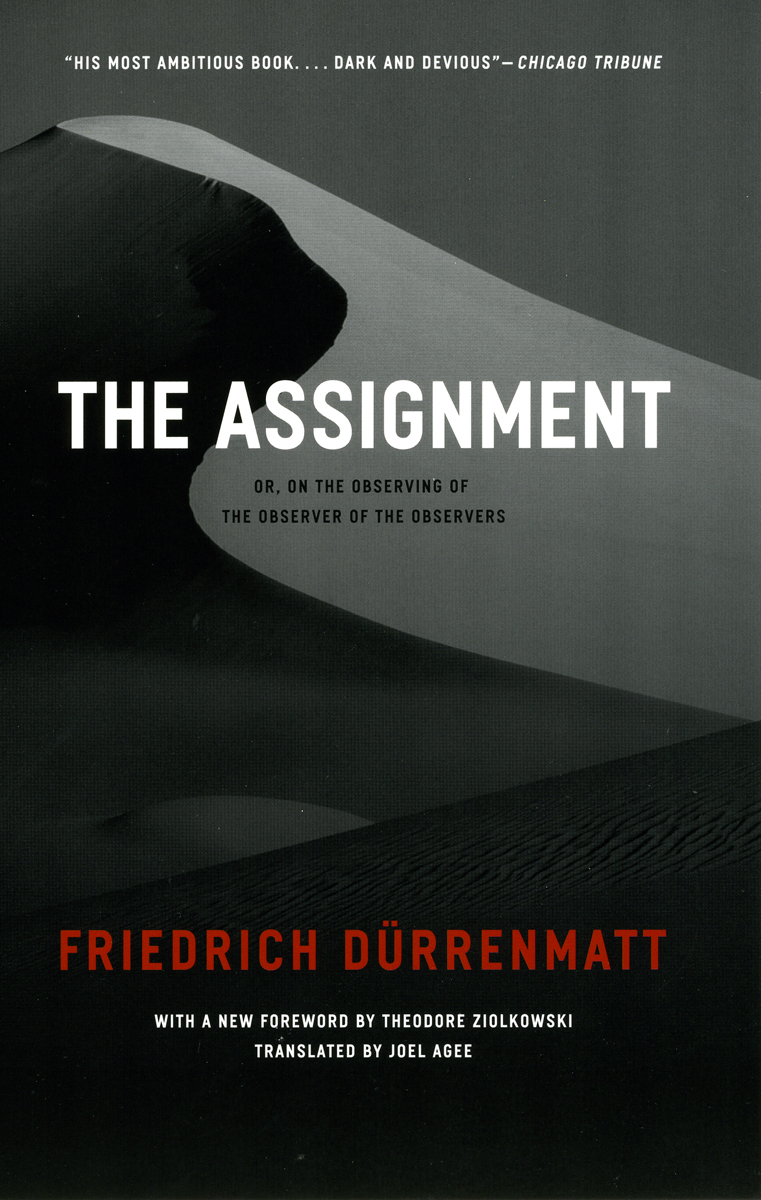 In this experimental thriller, the wife of a psychiatrist has been raped and killed near a desert ruin in North Africa. Her husband hires a woman named F. to reconstruct the unsolved crime in a documentary film. F. is soon unwittingly thrust into a paranoid world of international espionage where everyone is watched—including the watchers. (The Assignment is included in The Selected Works, Volume 2.)
> more information  •  > add to shopping cart 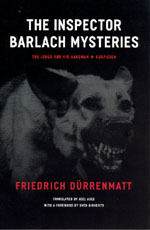 This volume offers bracing new translations of two precursors to the modern detective novel by Dürrenmatt, whose genre-bending mysteries recall the work of Alain Robbe-Grillet and anticipate the postmodern fictions of Paul Auster and other contemporary neo-noir novelists. (The Judge and His Hangman and Suspicion are not included in The Selected Works.)
> more information  •  > add to shopping cart

One of Dürrenmatt’s most diabolically imagined and constructed novels, The Pledge was adapted for the screen in 2000 in a film directed by Sean Penn and starring Jack Nicholson. (The Pledge is included in The Selected Works, Volume 2.)
> more information  •  > add to shopping cart

Joel Agee is a writer and translator. His writings have appeared in Harpers, Esquire, and The New Yorker. His other translations include Letters on Cezanne by Rainer Maria Rilke and The End: Hamburg 1943 by Hans Erich Nossack. He is the son of James Agee and was raised for twelve years in East Germany, where his stepfather, the novelist Bodo Uhse, was a member of the privileged communist intelligentsia. His memoir, Twelve Years: An American Boyhood in East Germany, is the story of how young Joel failed to become a good communist, becoming instead a fine writer. His second memoir, In the House of My Fear, was published in 2004.