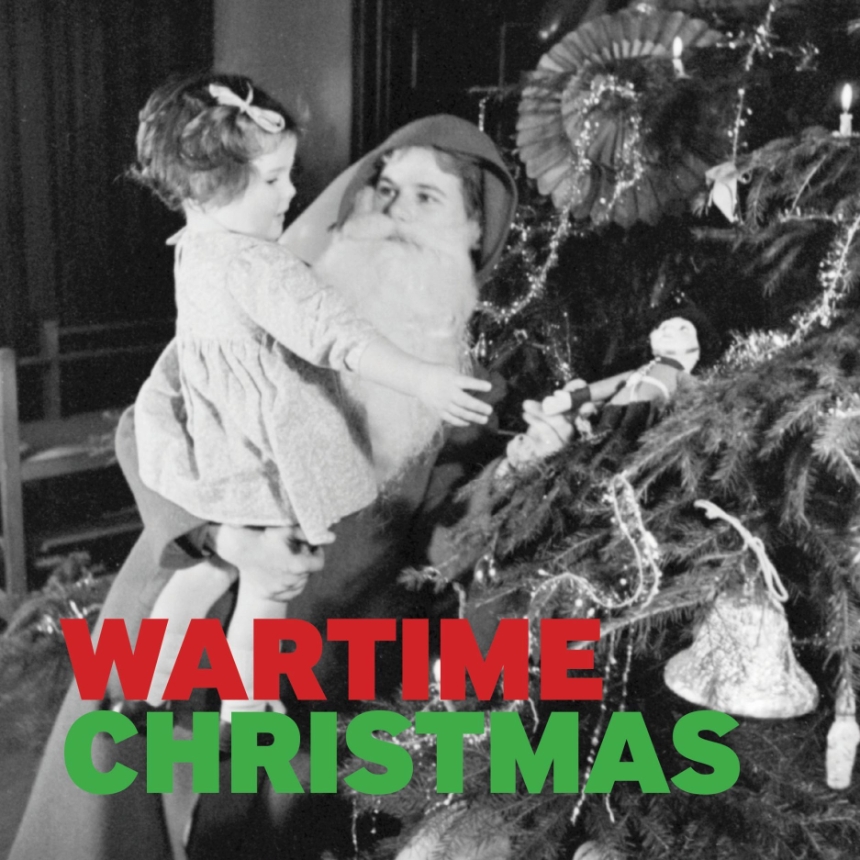 Christmas has been regularly celebrated during wartime. From the Christmas truce of 1914 out in no-mans land on the Western Front, to prisoners of war cooking up their very unique Christmas dinners with whatever they could get their hands on in German POW camps in the 1940s, the privations and difficulties caused by conflict has never stopped people indulging in a little holiday cheer.

This lavish gift book, illustrated with one hundred objects, photographs, and works of art from the unmatched Imperial War Museums collection, tells the stories of those who lived through these challenging times, when wrapping paper was banned, rationing was in full force, and children were separated from their families. Also included are tips and tricks for creating recycled presents and greetings cards and recipes to cook a delicious wartime Christmas meal. Wartime Christmas explores the dichotomy apparent in celebrating “peace to all men” while continuing to fight a war of aggression.

"A timely reminder that, actually, we don’t have it so bad. There is something deeply touching about the way people determinedly marked Christmas on the battlefield and the Home Front, shopping in the blackout, decorating their Anderson shelters, recycling presents and cooking a festive meal of parsnip soup and potato 'piglets.'"

"[Richards] brings Christmas during wartime to life through photos, recipes and exceptional personal stories from the museum’s collection. . . . Highlights from the book include personal memories from the famous Christmas Truce of 1914, a surprising moment that saw soldiers from both sides put down their arms to exchange greetings and singing carols, tales from prisoners of war putting on dresses and makeup to entertain their cabaret audiences, and recollections of rationing on the home front."