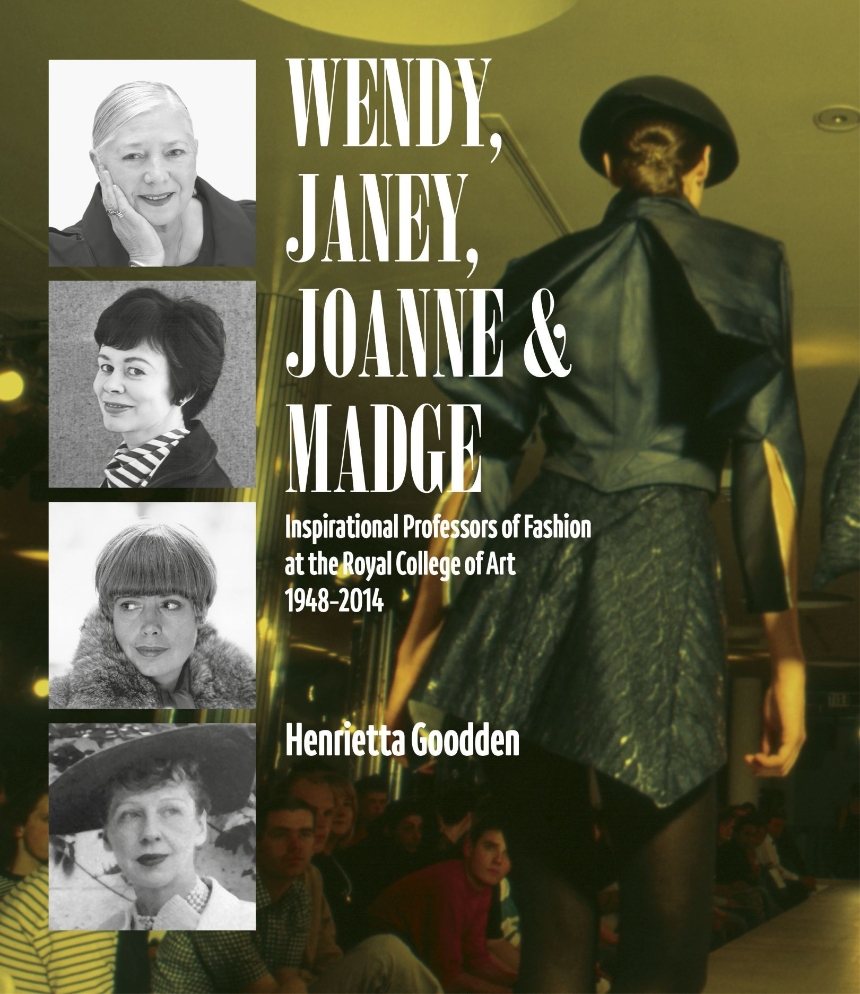 Wendy, Jane, Joanne and Madge tells the story of the four charismatic women who led the Royal College of Art’s School of Fashion for nearly seventy years. Madge Garland, Janey Ironside, Joanne Brogden, and Wendy Dagworthy, a quartet of remarkable educators and doyennes of style and skill, helped establish a global reputation for British design excellence in ready-to-wear clothing.

Garland, previously fashion editor of Vogue and a brave pioneer at a time when the educational establishment regarded fashion as “frippery,” laid foundations on which Ironside, the sparkling innovator, built. Brogden took the helm next, bringing the school into a more competitive commercial world as fashion became a major economic force. When Dagworthy took over in the final decade of the twentieth century, she guided her students into a new era while still respecting the inheritance of her predecessors.

With more than one hundred black-and-white and color images, including many previously unpublished photographs, this is the first biographical study of the women who made the Royal College of Art’s School of Fashion a household name.

"A fascinating and entertaining exposure of the professional and (sometimes scandalous) private lives of these four brilliantly stylish and inspirational women. The turbulent and often unconventional history of the College in the second half of the twentieth century forms a fitting backdrop to these stories, but it’s the strength, passion, charisma, and rigorous standards of these women that we must admire. Goodden tells their story compellingly and with insight."

"This remarkable book is about, for the first time in detail, four strong personalities—eccentric, stylish, talented, driven. Together, they defined fashion at the College from the Second World War right through to the twenty-first century."

Sir Christopher Frayling, author of Once Upon a Time in the West: Shooting a Masterpiece