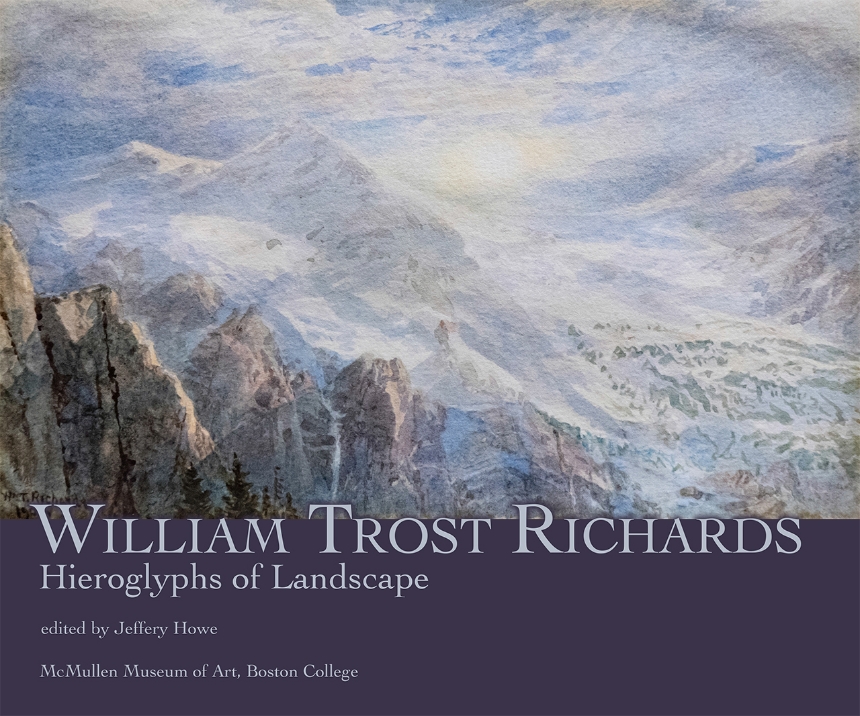 This catalog accompanies the first monographic examination of the art of William Trost Richards in Boston. The exhibition, presented at the McMullen Museum of Art at Boston College, features oil paintings, watercolors, and drawings, including many rarely seen works from the artist’s descendants. Richards, a leading figure among nineteenth-century landscape painters, reflects a key moment in the evolution of the genre. Through the illustration of over 150 works, the catalog spans Richards’s career from his earliest sketches to his later masterful seascapes and landscapes. A range of styles and themes are also presented, highlighting the artist’s hieroglyphic interpretation of nature, an interest of Romantic artists that was particular to their age of flourishing scientific discoveries.

This volume features research by scholars from various disciplines, including art history, American studies, literary studies, and geology. The writers delve into the personal and historical background of the artist and illuminate the links between Richards’s works and the artistic, scientific, and philosophical currents of his era. The catalog sheds new light on Richards’s art and on his position in the development of American art and the rise of environmental issues in American culture.

"This catalogue presents an extensive selection of Richards's paintings, watercolors, and sketches and also provides an introduction to Richards's life and contribution to the development of 19th-century American landscape art. . . . Enhanced by a strong introductory essay placing Richards in the context of 19th-century American landscape painting, this catalogue delineates the significance of other artistic, scientific, and cultural developments for both the growth of Richards's career and the evolution of his landscape paintings. Five additional essays with excellent notes provide further insight into his career and maturation as a painter and visual interpreter of nature. . . . Summing Up: Recommended."