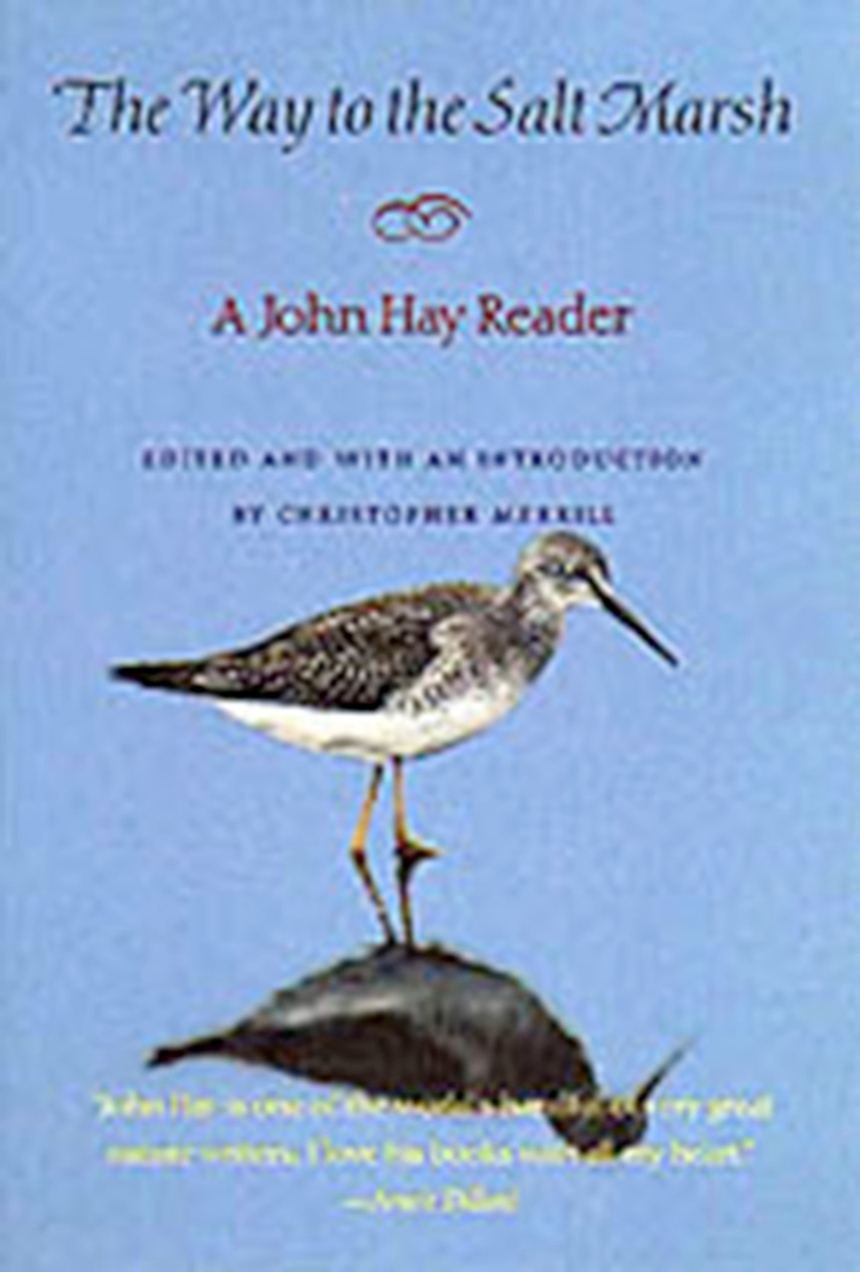 The Way to the Salt Marsh

The Way to the Salt Marsh

"In common things are greater extensions of ourselves than we ever conceived of." "Life on earth springs from a collateral magic that we rarely consult," observes John Hay, naturalist, essayist, sage, and inveterate walker of byways. This collection from the 50-year long career of America’s preeminent nature writer illustrates the full range of Hay’s work. An elegant and lyrical stylist, he is, in Merrill’s words, "the nature writer’s writer, an illustrator of the Emersonian notion that ’the world is emblematic.’" And so Hay reveals the ubiquitous but often unnoticed emblems all around us. The mad, impossible rush of alewives flinging themselves upstream to mate, for example, represents "the drive to be, a common and terrible sending out, to which men are also bound in helplessness." In the migratory movements of the terns and the green turtles past his beloved Cape Cod Hay sees the mystery and magnificence of homing: "To know your direction and return through outer signs, is as new as it is ancient. We are still people of the planet, with all its original directions waiting in our being." Whether describing the rugosa or bayberry of a sand dune, the plight of stranded pilot whales, or a spider swinging on its gossamer, Hay encourages us to enlarge our inner universe by observing, appreciating, and preserving the outer one we so often ignore. As a result, he says, "we may find that we are being led onto traveled ways that were once invisible to us," and by recognizing our "deep alliance with natural forces we find a new depth in ourselves. This is the common ground for all living things."