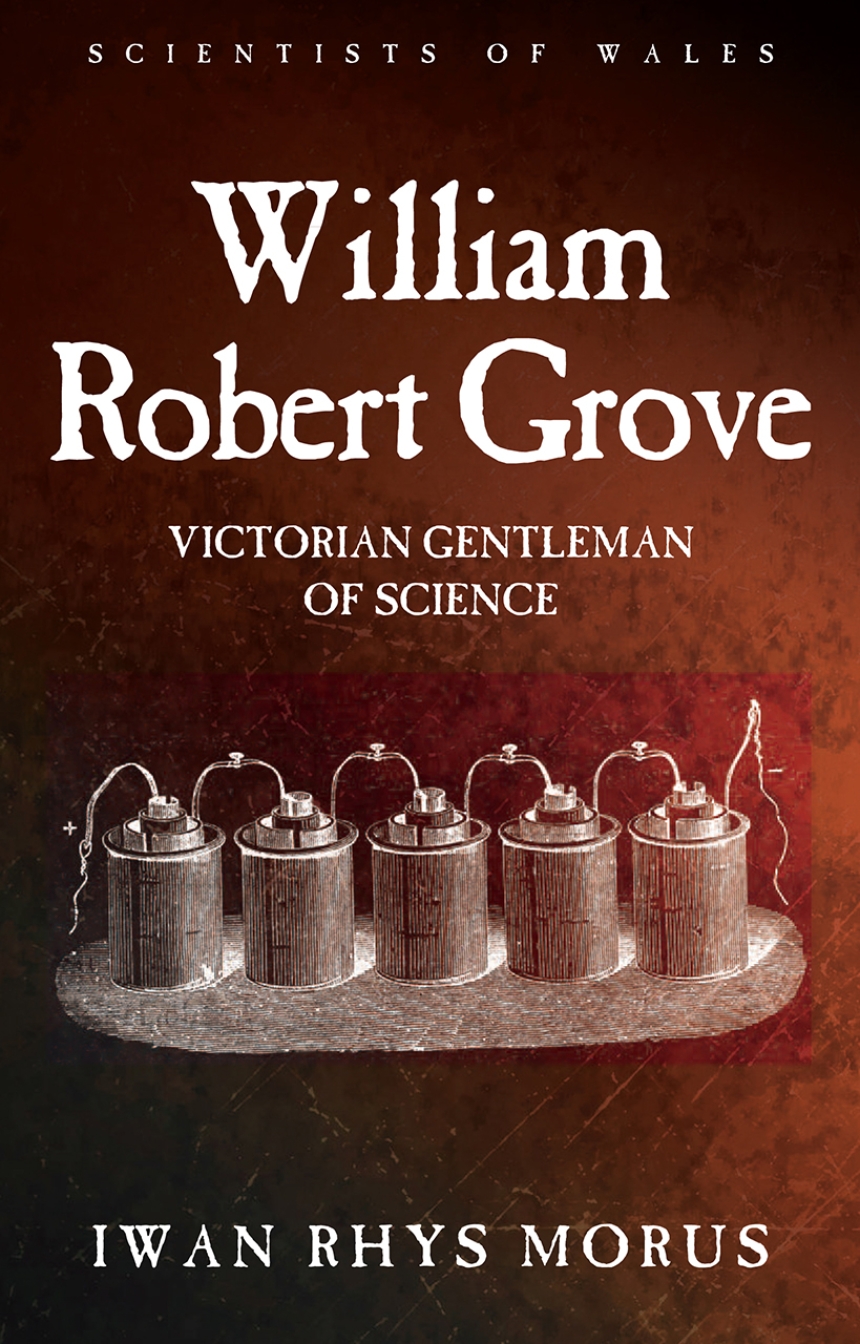 William Robert Grove (1811–1896) was a giant of science in the nineteenth century, but he’s largely been forgotten today. A pioneer in the harnessing of electrical energy, he invented an early battery known as the Grove Voltaic Cell, developed one of the first incandescent lights, and created the first fuel cell, using an approach that is still the basis of fuel cell technology today. Along the way, he also published a landmark essay, “The Correlation of Physical Forces,” and led the mid-century reform of the Royal Society. This book tracks Grove’s scientific career and places it within the context of the larger Victorian scientific and intellectual world, establishing anew his crucial place in the history of science, while also showing how he helped to forge a distinct Welsh identity within the scientific community of the period.

“In this fascinating and significant biography, Iwan Rhys Morus restores to his properly central role in nineteenth-century scientific culture the complex and enigmatic figure of William Robert Grove. Illuminated with compelling details of south Welsh enterprise and of metropolitan skirmishing in the age of industry and capital, the book uses Grove’s career as reformer, inventor and lecturer to illuminate many of the central themes of Victorian history and the sciences. In a stimulating reflection on the significance of Grove’s remarkable work as experimenter and designer, Morus also cleverly demonstrates the continuing and growing importance of the emergence from Grove’s legacy of new sources of electric power for the coming epoch.”

“This is the first substantial biography of the Welsh natural philosopher William Robert Grove, a leading scientific figure in the mid-Victorian period, but now almost forgotten. In this engaging book Morus traces the trajectory of Grove’s scientific career from unknown provincial electrical enthusiast to fellow of the Royal Society, professor of experimental philosophy at the London Institution, and President in 1866 of the British Association for the Advancement of Science (BAAS). Morus presents Grove as a scientific statesman, who played an important role in the reform of the Royal Society; as the author of an influential essay on the unity of nature; and as an investigator of electrical spectacle and inventor of the gas battery, which may prove to be the basis for the energy technology of the future. Through this fascinating study of an undeservedly neglected Victorian man of science Morus has not only provided readers with insights into Grove, he has also cast light on the changing contours of wider British scientific culture.”