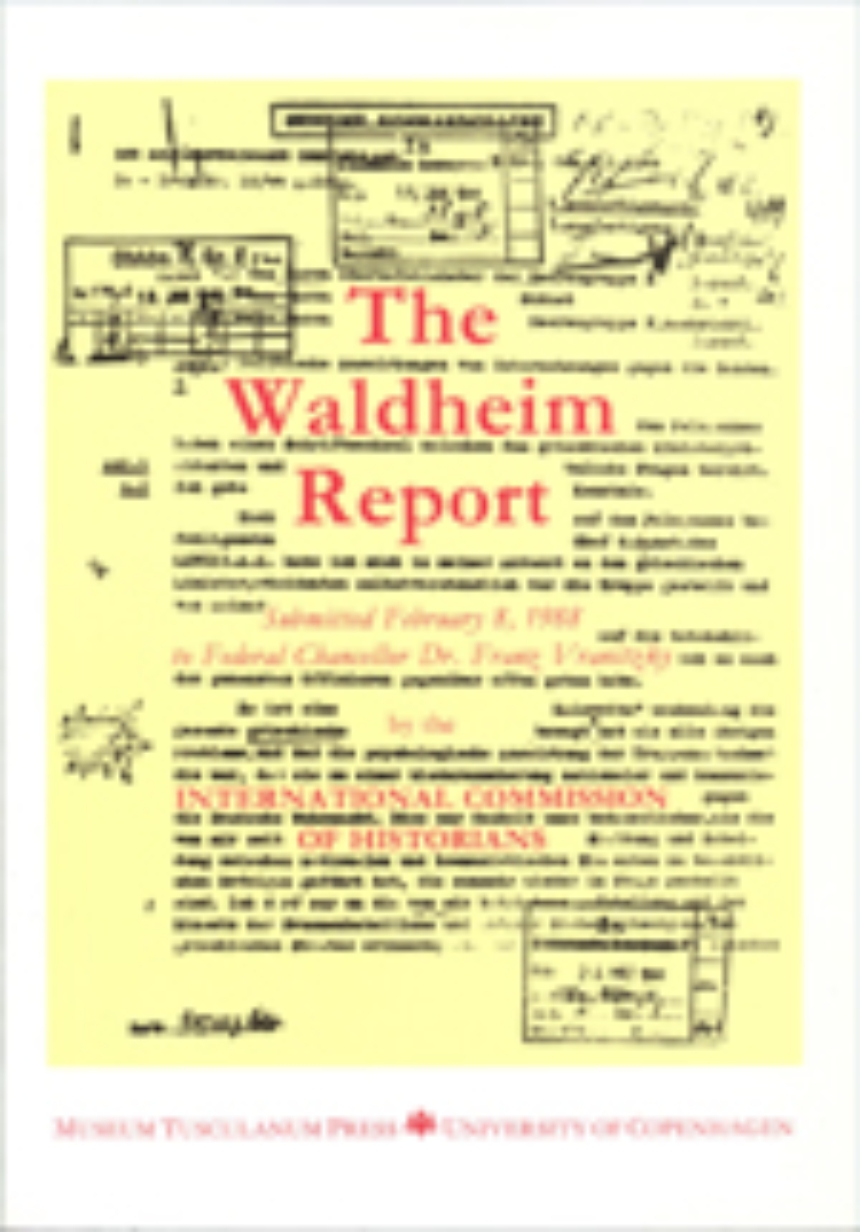 The International Commission of Historians (The Waldheim Commission).

The International Commission of Historians (The Waldheim Commission).

The report on Kurt Waldheim’s activities in the Balkans during World War II attracted political attention when its conclusions became known in 1988. But the report itself was never published. It is an important document in connection with any discussion on war crimes and responsibility. It proves that Waldheim, to a certain extent, knew of deportations of Jews and Italian soldiers as well as of massacres of civilian populations. It concludes that by endorsing documents relating to the interrogation of prisoners who were subsequently executed, First Lieutenant Waldheim had knowledge of them and of those events, and also became part of the military machine which brought about those events. Waldheim’s claim that "knowledge of a crime is not a crime itself" is not regarded in the report as acceptable without qualification.

III. Organization and Structure of Command

IV. Function in the Staff of Army Group E

1. Differentiation between Ic and AO

VI. Deportations of Jews from the Greek Mainland and Islands

2. Waldheim and the Expulsion of the Jews of Greece

VIII. Measures Against Partisans, Prisoners and Those Attempting to Escape – “Mopping-Up Operations” and “Reprisals”

6. The Meeting at Podgorica

IX. A Hearing Between the Independent, International Commission of Military Historians and the Federal President in his Residence on January 26, 1988

Appendix: The Review of Kurt Waldheim’s war-time record in Greece by the British Ministry of Defence, London, October 1989 – A comment by C. M. Woodhouse, head of the Allied Military Mission in occupied Greece, 1943-1944